Mercedes-Benz models from the 80s and 90s are known for their understated presence, but that changed completely when the German tuning house Koenig got their hands on one.

This one in particular, a 1989 560 SEC Koenig for sale on Auctomobile, has only 20,893 km (12,982 miles) on the odometer. It is also one of only about 100 originals that Koenig has built himself, with most of the later models being conversions.

If it wasn’t immediately obvious, the standout feature of this car, as well as many other Koenig models, is the wild body kit. Both the front and rear fenders have wide vented box flares, and the rears in particular have an angle not too different from the rear hips of a Ferrari Testarossa. On the sedan version of this car, the 560 SEL Koenig, those fenders even had the same kind of side edges as the Italian supercar.

However, returning to this car, the body kit also includes new bumpers and side skirts, a rear spoiler, new exhaust tips and Koenig badging. An additional grille is also included in the sale which is colour-matched to the car and features the Koenig Specials ‘KS’ logo instead of the Mercedes star. We personally think the original grille looks better (which is probably why it’s on the car), but the matching color certainly suits the wild character of the body kit. 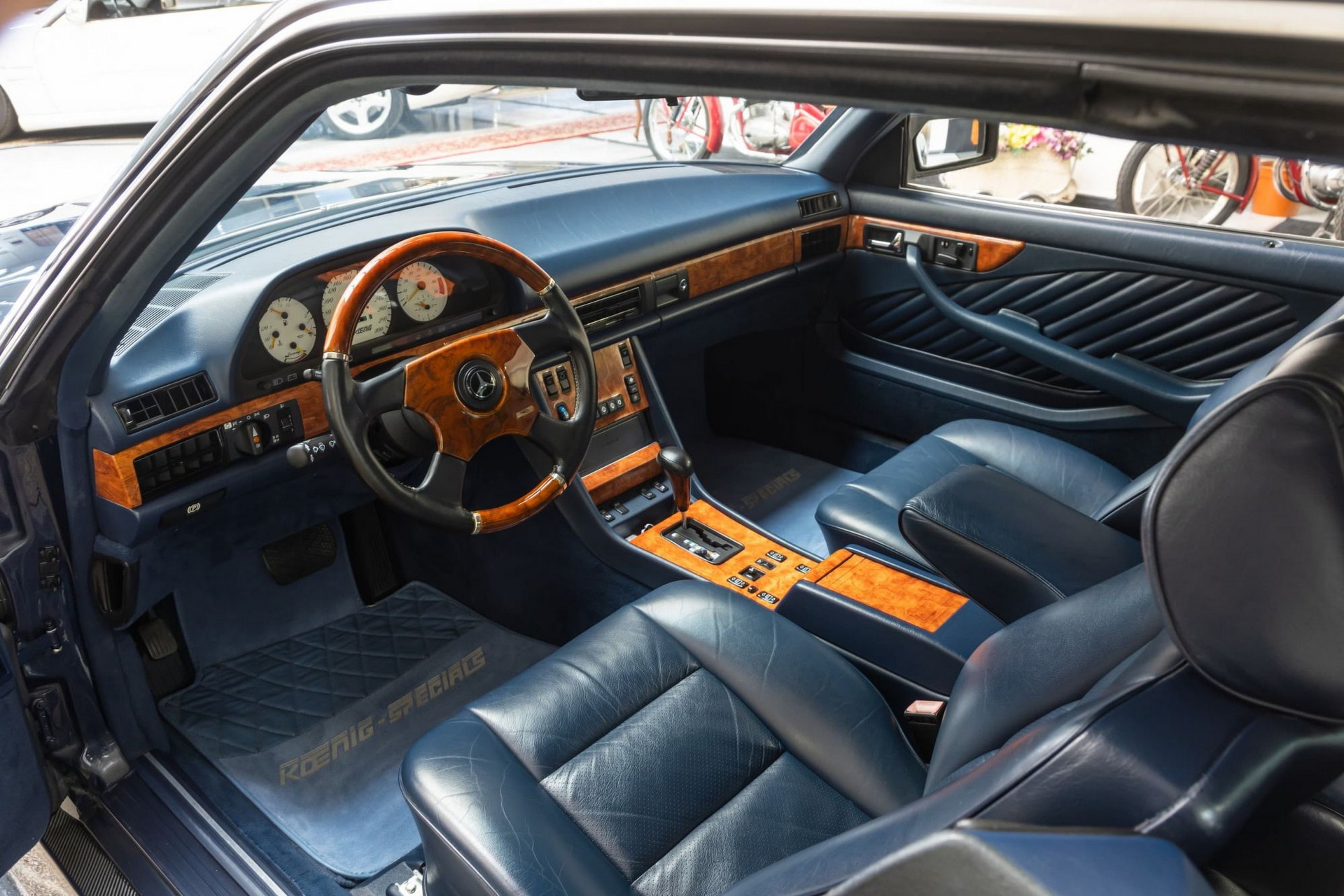 Inside, the blue leather interior features a new wood-trimmed steering wheel, Koenig gauges and floor mats, as well as trimmed leather door cards. Under the hood of this Mercedes is the standard 5.5-liter V8, which puts out a decent 275 hp (279 hp/205 kW) and 317 lb-ft (430 Nm). That power is sent via an automatic transmission to the 335mm wide rear wheels, allowing the car to reach 60 mph (96 km/h) from a standstill in 6.8 seconds on its way to a top speed of 149 mph (240 mph). kilometers per hour).

The video below features a tour of the vehicle, as well as a short clip of the car’s impending V8 rumble.