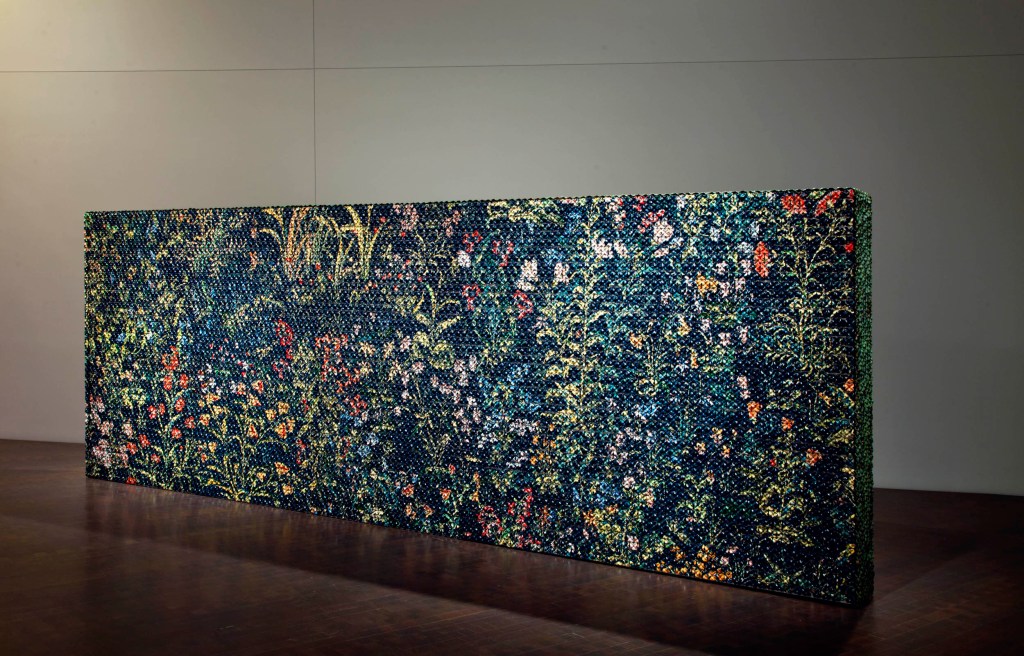 For all its achievements over the past decade — assembling a formidable Impressionism collection, establishing itself as a fashion powerhouse, overhauling its galleries — the Denver Art Museum still has something to cover when it comes to serving artists in his own field.

In all that time, it’s hard to recall even a handful of serious solo exhibitions that showcase a wide variety of work by an artist living and working in Colorado. It’s possible to quibble about what’s “serious,” but I’d suggest that, aside from shows by Denver artist Bruce Price in 2013 and Daniel Sprick in 2014, DAM has chosen not to produce authoritative retrospectives of local talent. .

If there were other exhibitions that were developed in-house, with in-depth, curatorial research, a catalog, a respectable budget, and the kind of total promotion that can make a new star or seal a career legacy like major museum shows can, they’d jump on it. just don’t matter.

That said, it’s another day at DAM and there are new opportunities. Rory Padeken, the museum’s new curator of modern and contemporary art, has only been working for a few days. He occupies an important position that calls for overseeing a growing art collection from the past two centuries and organizing shows that connect the institution’s clients with the living artists of our time. Contemporary art makes encyclopedic museums relevant.

And let’s add this to those duties: the responsibility to use the power of the museum to nurture and elevate the deserving artists in the community it supports.

The lineup that follows is a good place to start. Consider it a list of essential Colorado artists, but limited to those who, in conjunction with a solid curator, could now carry an impressive show. Some have a history with DAM; others are early in their careers. Not all of them live here full time, but their local connections are genuine.

Born in Argentina and long established in Boulder, Ana María Hernando uses paintings, prints, collages and imaginative installations to explore the links between people, nature and spirituality. She has worked with nuns in Buenos Aires and weavers in the mountains of Peru, drawing attention to the unprecedented achievements of women in the hemisphere. She presents her ideas in galleries large and small in Colorado, taking on spaces with an abundance of color and, most recently, mountains of tulle that invite viewers to contemplate the possibilities of power, cooperation and abundance of the world we live in. all share.

Diego Rodriguez-Warner is best known for his enchanting constructions that combine painting, carving and collage into monumental wall hangings.

His work does it all, connecting the dots between serious figures of art history and the graffiti and street artists pushing the definitions of expression in our own time. His installations can be romantic, sexy, political and very violent, but it’s all brought together by a daunting level of skill displayed via brush, spray can and cutting knife. Both its content and its process are intricate mysteries that keep viewers enthralled.

Suchitra Mattai is in the middle of her artistic moment. Museums and galleries knock on her door, drawn to autobiographical works that trace the physical and emotional resonance of a family lineage running through India, Guyana and the United States. Her work is both personal and profound, connecting her own psyche to the whole story of colonialism. She is best known for her works that recycle hundreds of used saris – worn by women from across the South Asian diaspora – into monumental installations that delve into identity, place and unrest.

Ian Fisher’s work attracts viewers with its wow factor. He paints clouds – large beautiful, turbulent clouds of oil on canvas that fill the sky with a combination of beauty and intimidation. Fisher paints like a pilot, lifting his perspective off the ground and into the atmosphere in a way that makes these bright, transient gas deposits feel worthy of a permanent inspection. Once one of Denver’s upstarts, he is now in the middle of his career, a perfect time for a skilled curator to connect the dots between his work and the long line of Western landscape painters DAM specializes in.

Kim Dickey redefines what it means to be a ceramist, using the earthy, functional art form as a tool for minimalist, hard-edged sculptures. She makes many things in different shapes, but her best-known pieces are made of tiny terracotta and porcelain leaves and petals—sometimes tens of thousands—assembled into monumental, geometric objects that recall the pioneers of modern art such as Donald Judd and Tony Smith. It is a perfect setting for the themes she explores with astonishing finesse: the conflict between order and chaos, delicacy and durability, natural and man-made. Her work is grand, colorful, comical and certainly unique.

Ron Hicks has had a long and distinguished career, eschewing the trends that come and go in contemporary art and deliver decades of mesmerizing oil portraits that command a lot of attention and hefty price tags. Hicks specializes in women’s faces, and his skill is in finding both human vulnerability and personal strength in his subjects.

Lately, he’s been something between a hyper-realist and a surrealist; his paintings start with bright faces and eyes looking directly at the viewer and then drift off into dreamland as backgrounds fade into illegible shapes, colors and brushstrokes.

Juan Fuentes does what we require from street photographers: he captures the time in which he lives with open eyes and the sense of truth of a journalist. There’s something important about that, because this is a moment of evolution and presence in Denver’s Latino community, and Fuentes is making the first draft of his history. But Fuentes’ artistic prowess stems from his unique vision as a photographer. He doesn’t just shoot people; he also captures entire environments, realizing that his subjects are inextricably linked to the context in which we encounter them. By pulling his lens back a little bit, we can see what kind of car they drive or what house they live in and get to know them better. He gets closer by moving further away.

Amber Cobb creates physical objects that give shape to the obscurity of what it means to be fully human. She explores the vagueness of memory, the confusion of sexuality, the dissection of childhood dreams and adult relationships. She is known for her public sculpture of a full-size mattress made of cast concrete, as well as covering familiar objects such as toys and furniture in dripping silicone paint. The work can undoubtedly be humorous and entertaining, but it also takes on our conflicting views on intimacy and raw sensuality. Are we intellectual beings or are we animals? Cobb’s original, tactile, tacky creations remind us that we are both.

Joel Swanson’s work explores the words, letters and symbols we use to communicate. It’s bright, clean, and well-constructed, undermining his messaging about how messy it can be to say what you mean or mean what you say. He plays – and the charm of his complicated, clever work is that it can feel like he’s playing – with text, paper, flashing signs and billboards, creating messages that can be interpreted in different ways depending on when you see them. encounters. Swanson knows how to make the most of a big arena, and it would be nice to see him explode at DAM.

Martha Russo tells stories through clay, using a language of small, earthly objects she created and cherished over her decades as a ceramist. She brings them together in different (and sometimes massive) forms, depending on what she wants to say. Her work can be sweet and autobiographical: she has a lifetime of memories preserved in porcelain shells and mounted in wall installations. Or they can be intimidating and clinical: She also makes ugly, anatomical pieces that explore things like medical procedures. They merge into deeply felt constructs that resonate with viewers, while challenging the medium’s usual expectations. Her work is a treasure trove of Colorado artifacts, real and imagined, waiting to be brought together, developed, curated and exhibited in a career retrospective.

Subscribe to our weekly newsletter, In The Know, to get entertainment news straight to your inbox.