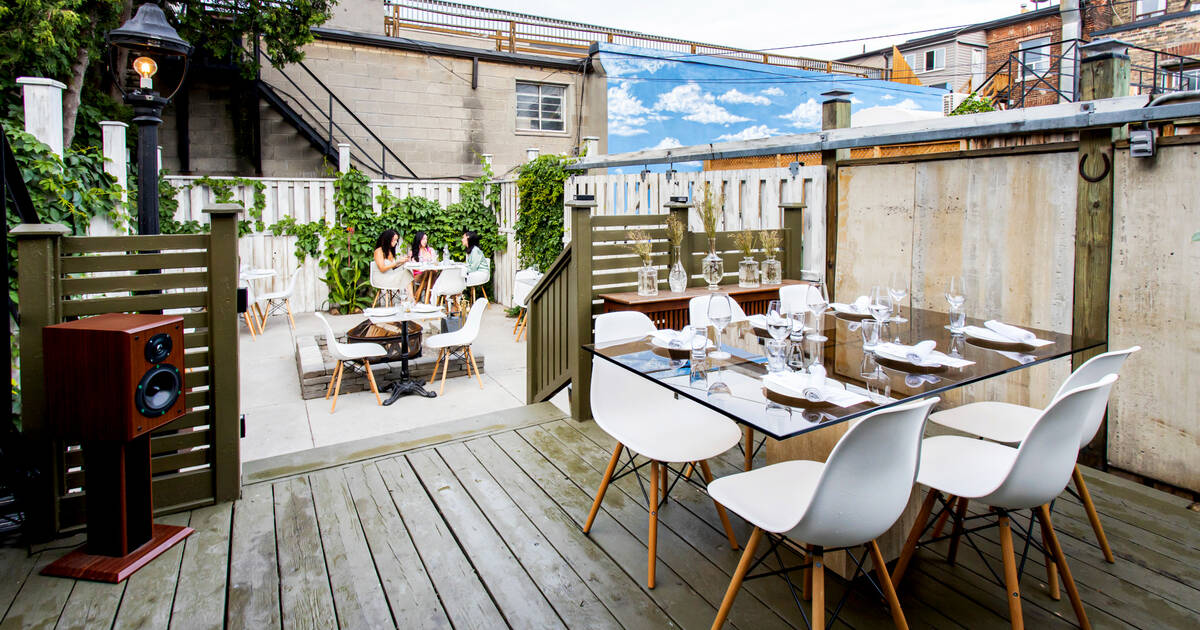 New Toronto restaurant openings heat up this summer as we head into the city’s hottest months. See and be seen in these restaurants that just opened their doors, and don’t forget to take all the pictures.

Here are new restaurants in Toronto that opened in July.

Feel like escaping to a luxury coastal destination when you dine at this Little Italy restaurant, serving cocktails and wine on an idyllic outdoor patio.

The folks who have been bringing us great tacos for years go to brunch with this spot at Dundas West on Bathurst. Expect a menu of ethically raised eggs and meats with dishes like huevos rancheros, pozole and quesadillas.

This Filipino restaurant that many people know and love now has its second location on the Danforth serving traditional favorites known for their freshness and lower salt and oil content.

An old Italian restaurant was transformed into this new brewpub this month, serving their own beers alongside a menu of beef patties, pretzels and piri piri chicken.

The folks behind the Bloorcourt bar of the same name are once again working on the new headquarters on Geary, where they plan to carry out all their winemaking projects. A menu to match your wine is served on a terrace.

This Michelin-level restaurant has made a triumphant return to Toronto in a new location atop Westin Harbor Castle, nearly 40 floors up. A signature menu, a la carte menu and a bar snack menu are as impressive as ever.

One of the sizzling parts of Toronto’s new W Hotel near Yonge and Bloor is this rooftop bar and restaurant where a Mediterranean-inspired menu includes raw bar, mezze, dips, octopus, steak, lobster and kebab.

Terroni’s Spaccio commissary space has expanded with a new location on Sterling in the Junction Triangle on the other side of town. A combination restaurant, grocer and cafe, this place also has a funky industrial patio.

There is a new beer hall in town in the form of this place serving pretzels, wings, poutines, burgers, schnitzel, meatballs and banh mi to sample their selection of draft beer.

Brazilian food lovers will be delighted to hear that this new restaurant has opened in Fairbank Village, serving croquettes, sandwiches, quiches, pies, pastels and sweets.


Fareen Karim at The Hamptons