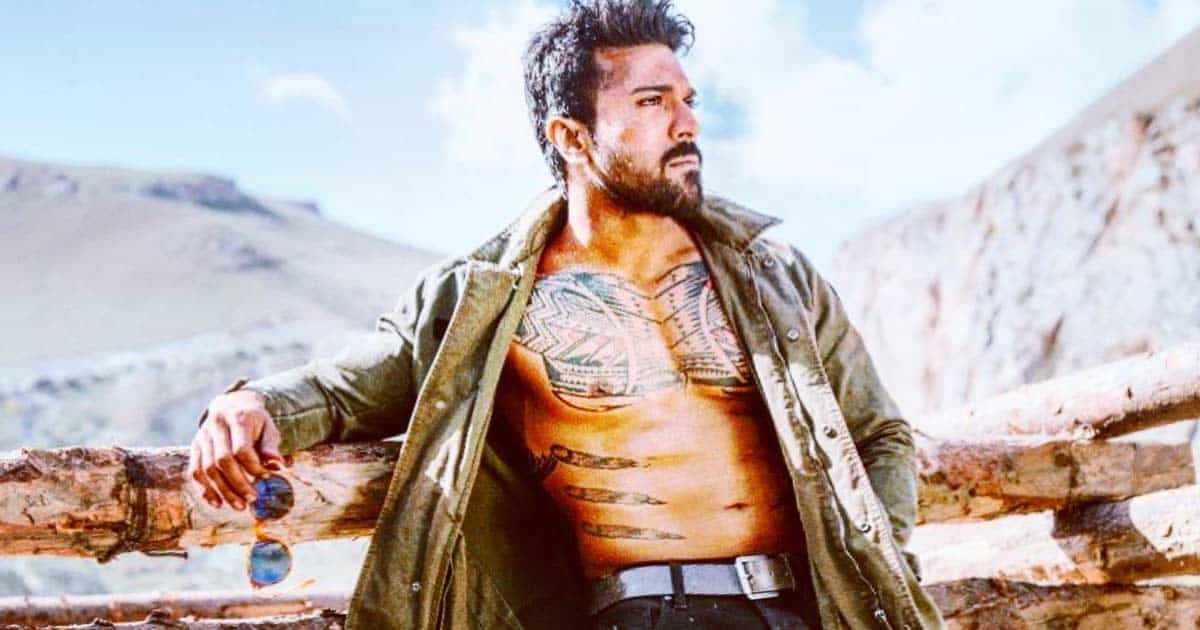 Ram Charan Teja, son of megastar Chiranjeevi, debuted in 2007 with the box office success Chirutha. Since then, he has appeared in several films and established himself as a leading Telugu film actor with commercially successful films. He became popular all over the country with the recent film RRR.

Now he is one of the highest paid actors in the country. Not many people know that he is a fitness freak and has a great chiseled physique. He had undergone a complete physical transformation for his role in Vinaya Vidheya Rama. Lose a lot of weight and did rigorous workouts to get a perfectly toned body.

The star religiously follows his workout routine and that’s how he can maintain his ripped physique.

One of the secrets behind his deadly good looks and amazing physique is his strict fitness routine and an even stricter diet. His wife Upasana Kamineni Konidela was his diet coach and had once revealed that the Rangasthalam actor is extremely diet conscious. The Telugu superstar brings his own home-cooked meals to the movie sets and hardly ever eats out.

At breakfast, Ram Charan eats 2 whole eggs, 3 egg whites, almond milk and half a cup of oats. At 11:30 am he has a morning snack such as a cup of clean vegetable soup. During lunch he ate 200 grams of chicken breast, half a cup of green curry and half a cup of brown rice. Check out a detailed diet plan shared by the actor’s wife Upasana on Instagram below: 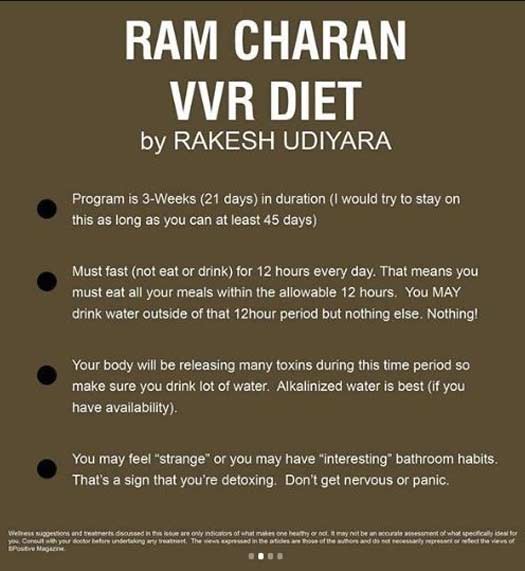 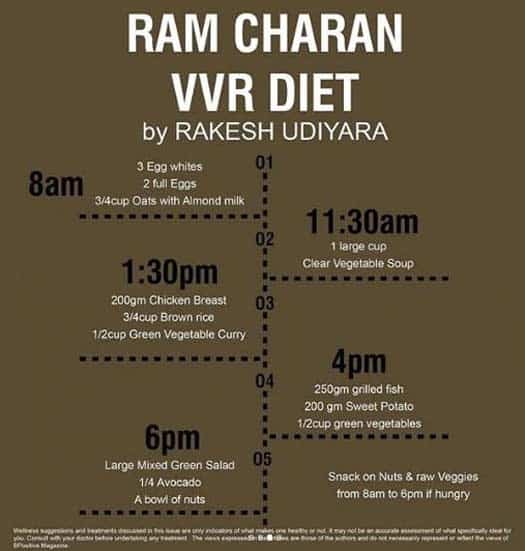 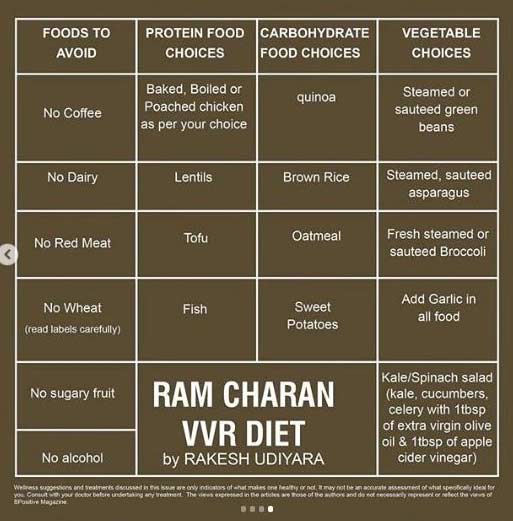 The RRR star would eat half a cup of green vegetables with about 200 grams of sweet potato as an evening snack. For dinner, he ate a bowl of nuts, a large mixed green salad, and avocado. His dinner was at 6:00 PM, after which he fasted for at least the next 12 hours.

Must read: Mahesh Babu charges a huge salary for Sarkaru Vaari Paata and it is higher than the total budget of the film?

Join our community to get the latest Tollywood news, Kollywood news and more. Stick to this space for the regular dose of anything and everything entertainment! While you’re here, don’t hesitate to share your valuable feedback in the comments section.