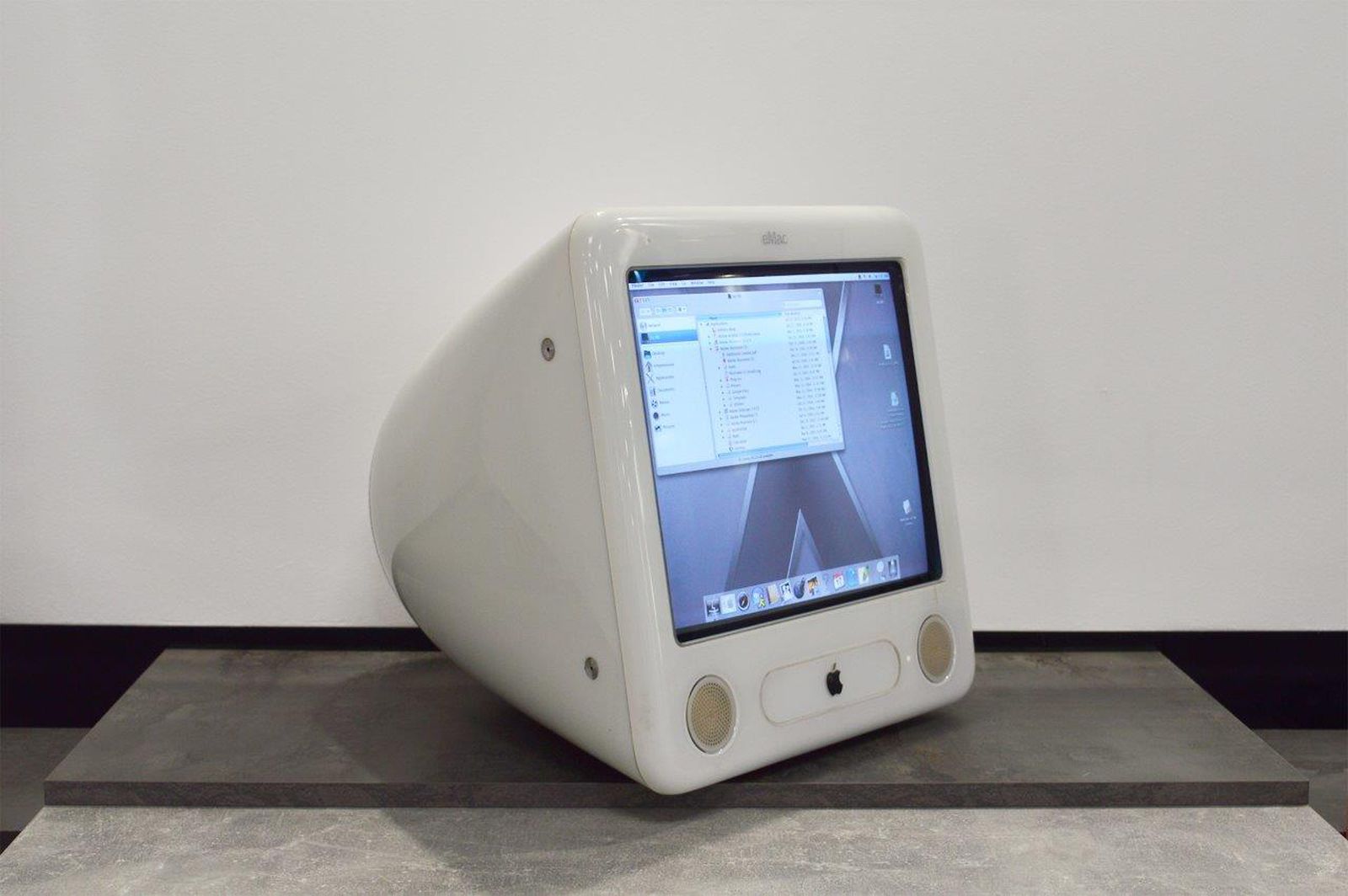 Today marks 20 years since Apple introduced the eMac, designed specifically for use in classroom and computer lab teaching.

The original eMac, priced at $999 in the United States, featured a white chassis with a 17-inch flat CRT display, a 700MHz PowerPC G4 processor, 128MB of RAM, a 40GB hard drive, five USB ports, two FireWire ports, two speakers and a built-in CD-ROM drive. An upgraded model with a faster 56K Internet modem was available for $1,199.

“Our education customers have asked us to design a desktop computer just for them,” said Steve Jobs in April 2002. “The new eMac features a 17-inch slimline CRT and a powerful G4 processor, while the compact all-in-one enclosure that educators love.”

Relay FM co-founder Stephen Hackett shared a great video about the history of the eMac today:

The original eMac shipped with Mac OS X version 10.1.4, known as “Puma”, and came preinstalled with Microsoft’s Internet Explorer. Apple’s own web browser Safari was announced in early 2003, months after the launch of the eMac.

Citing strong consumer demand, Apple made the eMac available to all customers in June 2002.

“Consumers have been knocking on the table to buy the eMac, and we agree,” Jobs said. “Production of the eMac is ahead of schedule, so we will have enough eMacs this quarter to satisfy both our education and non-education customers.”

Apple then released additional eMac configurations with improved specs and a SuperDrive. In October 2005, the eMac was again restricted to educational institutions, and in July 2006, the eMac was replaced by a low-end 17-inch iMac.