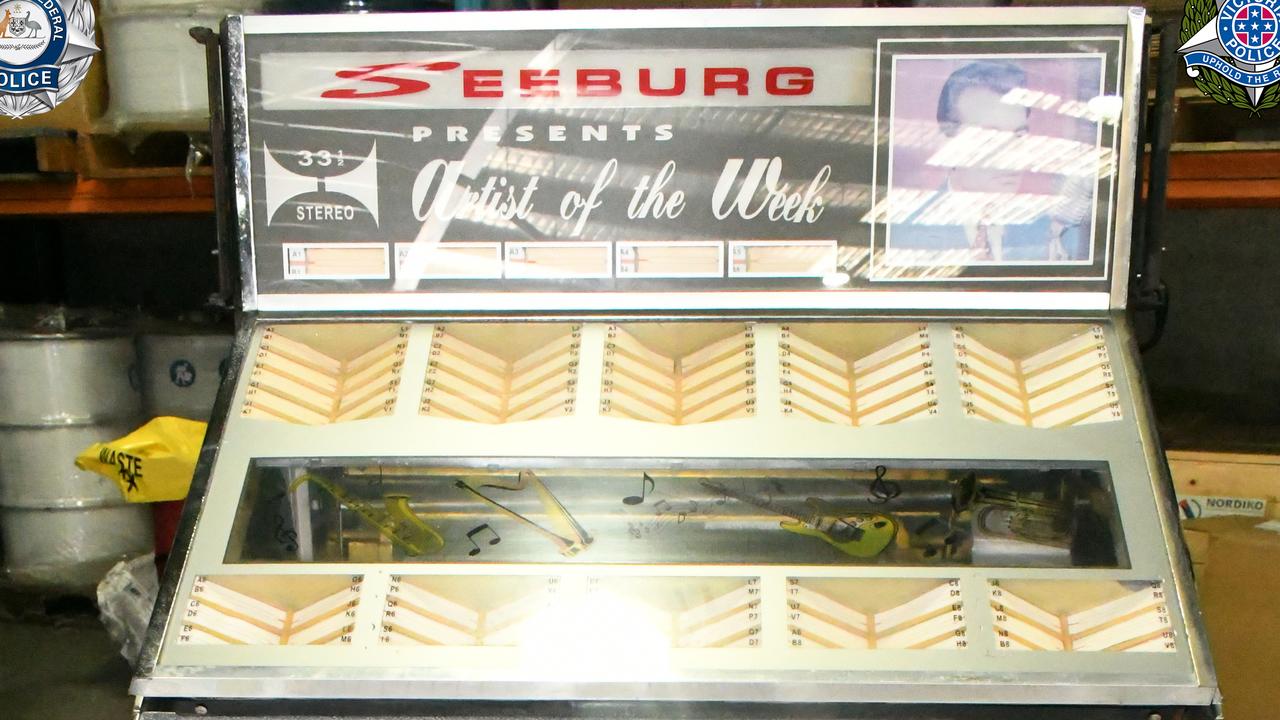 A vintage jukebox used to transport approximately $20 million worth of cocaine to Australia has been seized, leading to the arrest of three men.

Police have charged two men after a vintage jukebox was used to smuggle a large amount of cocaine into Australia.

About 45kg of the drug was discovered by Australian Border Force agents when it arrived in Melbourne from Greece.

The drugs have an estimated street value of about $20 million.

Police allowed the shipment to be picked up and transported to a facility in Sunshine North, where they arrested three men on Tuesday.

A 39-year-old man from Spotswood, a 26-year-old Reservoirman and a 66-year-old Greek foreigner were all questioned by police.

Police will allege that the men are key members of a crime syndicate that has been involved in previous illegal drug imports.

AFP Detective Inspector Mark McKiernan said that in addition to the potential harm cocaine can do to the community, organized crime groups undermine Australia’s national security, economy and social security.

“We know that drug trafficking can lead to drug wars on our streets and in source countries, and often law-abiding citizens can be the collateral damage of that violence,” Detective Detective Inspector McKiernan said.

“Illegal drug trafficking can also fund other horrific crimes, such as human trafficking and sexual slavery.”

The two men charged were before the Melbourne Magistrates’ Court on Wednesday and… were taken into custody.