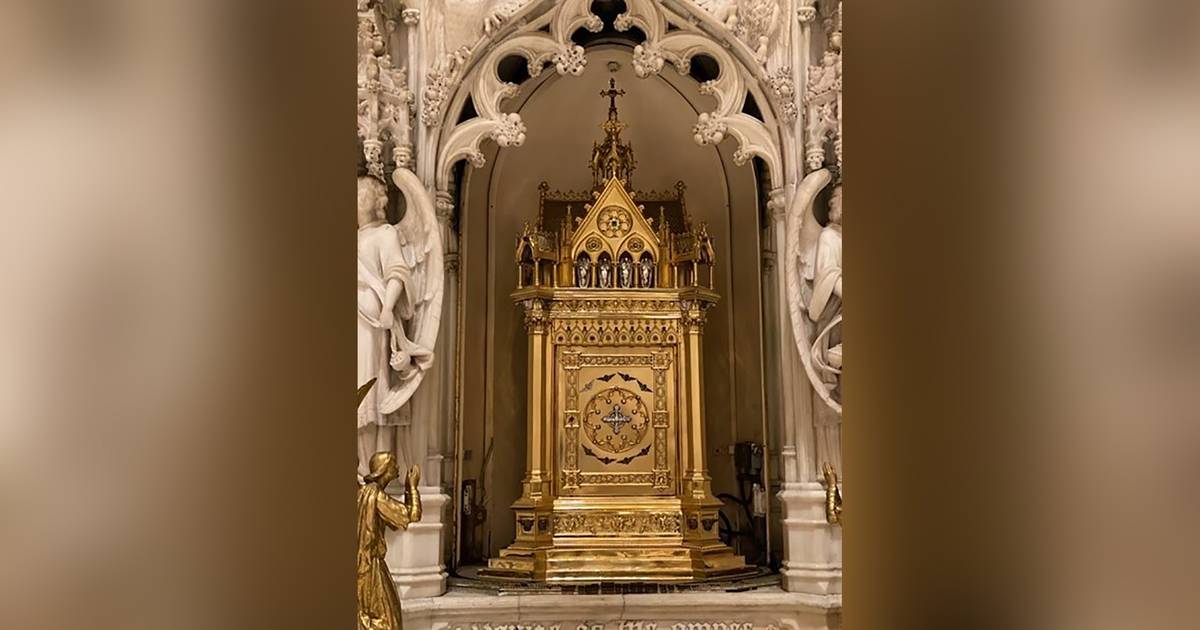 A $2 million bejeweled tabernacle was stolen from a Brooklyn church by a vicious crook who decapitated an angel statue and stole its head, police said Sunday.

The thief entered the church on Sixth Ave. near Sterling Place and cut open an ornate altar, stealing the pure 18-karat gold tabernacle, officers said. The crook also took off with the severed head of an angel statue.

Anyone with information is asked to call Crime Stoppers at (800) 577-TIPS. All conversations are treated confidentially.