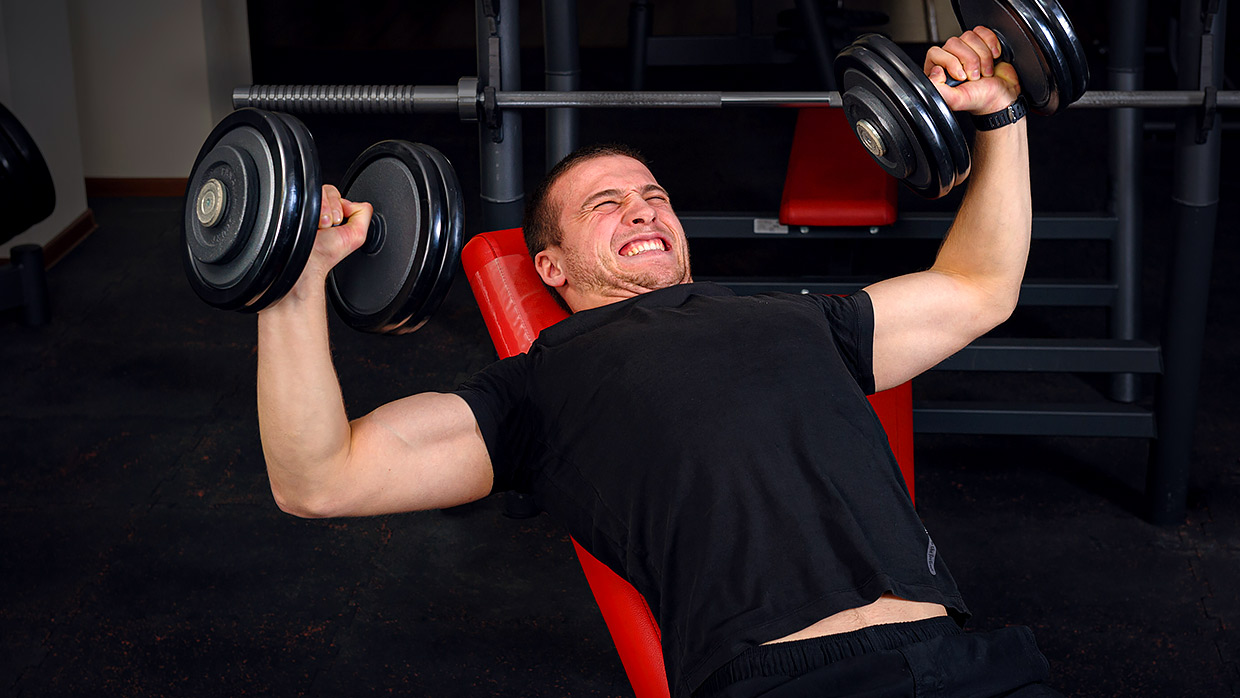 In another study, researchers examined the effects of training to failure on different types of fatigue. (3) The study used well-trained participants and noted that peripheral fatigue and muscle damage were greater when participants trained to failure. Both are important factors to consider when evaluating the effects of a resistance training program.

“Peripheral fatigue” is a form of fatigue related to specific muscle fibers and the neurons that specifically innervate them. This is important because it reduces the amount of intensity (and endurance) that those muscle fibers can produce. This can hinder the rest of your workout.

Self-sabotage your performance will also reduce your potential profits. This may sound shocking, given that the researchers of the first two studies saw no reduction in strength or muscle gains when participants trained to failure. But that’s simply because their studies weren’t designed to explain these kinds of effects.

The first two studies involved training just one or two exercises each:

This is methodologically effective in answering the question of those studies, “Is training to failure generally ineffective using realistic moderate to heavy loads that you would see in a typical program?”

However, in a true full workout, the fatigue from any exercise will build up, making the workout less effective the longer it goes on.

You have experienced this many times before. If you do a bench press at the beginning of a workout and an incline bench press at the end of that same workout, but change positions the following week, you’ll find that your performance will change with each workout. Peripheral fatigue makes the one you perform at the end a lot harder.

Training to failure will only make this worse given the effects of peripheral fatigue – it will be much more pronounced.

Now imagine that you started that same workout with a lat pulldown, and that it was the only pull-type exercise you did that day. Your performance would decrease much less than in the other example.

This is because the other exercises in your workout don’t increase the peripheral fatigue of the muscles involved in the lat pulldown. The slight performance drop you will see is instead due to a host of other factors.

The difference between these two scenarios underscores how devastating peripheral fatigue can be. Don’t make it worse by training to failure.