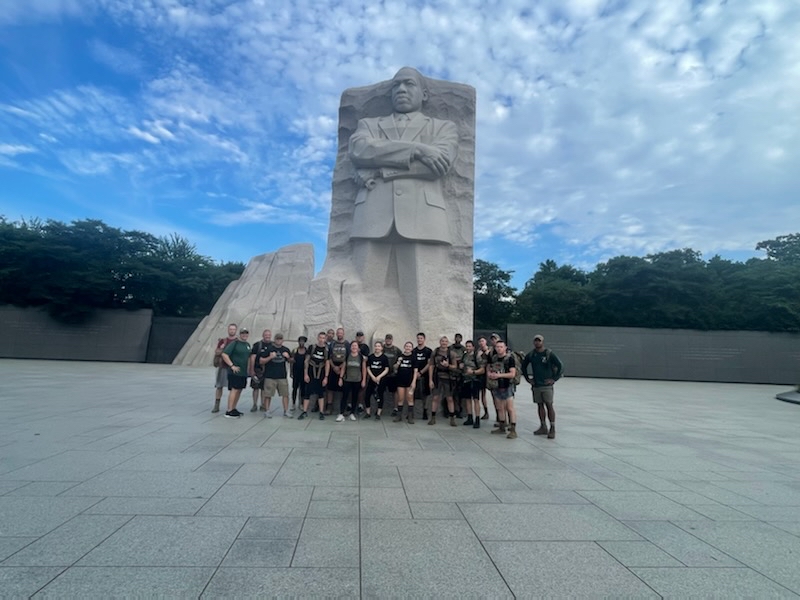 WASHINGTON, DC (WAVY) — The nonprofit 31Heroes continues to honor the lives of those who made the ultimate sacrifice aboard Extortion 17.

Every August, Terry Ford hosts the 31Miles for 31Heroes in Washington DC

11 years ago, 30 soldiers and a military K9 were killed when their helicopter was shot down over Afghanistan.

“I didn’t understand the scoop at the time,” Ford explained. “Not until I got the full list” [of the names] that I’m really going to get the seriousness of it all. It was a blow to my stomach.”

The Virginia Beach resident was working closely with many of the Navy SEALs aboard the helicopter when it crashed.

“I just wanted to do this as my own little way to honor the men.”

Ford is now a board member of 31Heroes.

Overnight from Saturday to Sunday, 5-6 teams met at the Lincoln Memorial. Ford arranged several routes for the teams to travel 50 miles across DC before meeting at Arlington National Cemetery.

“Almost all teams showed up in Arlington around 8:20 am. So everyone did it in about 12 and a half hours,” Ford said.

Volunteers Needed for Annual James River Clean Up in Henrico

Each volunteer carries 2 stones to symbolize the lives lost and the burden the family bears.

“It’s because of the people who step forward and raise their hands and defend us, they deserve to be remembered.”