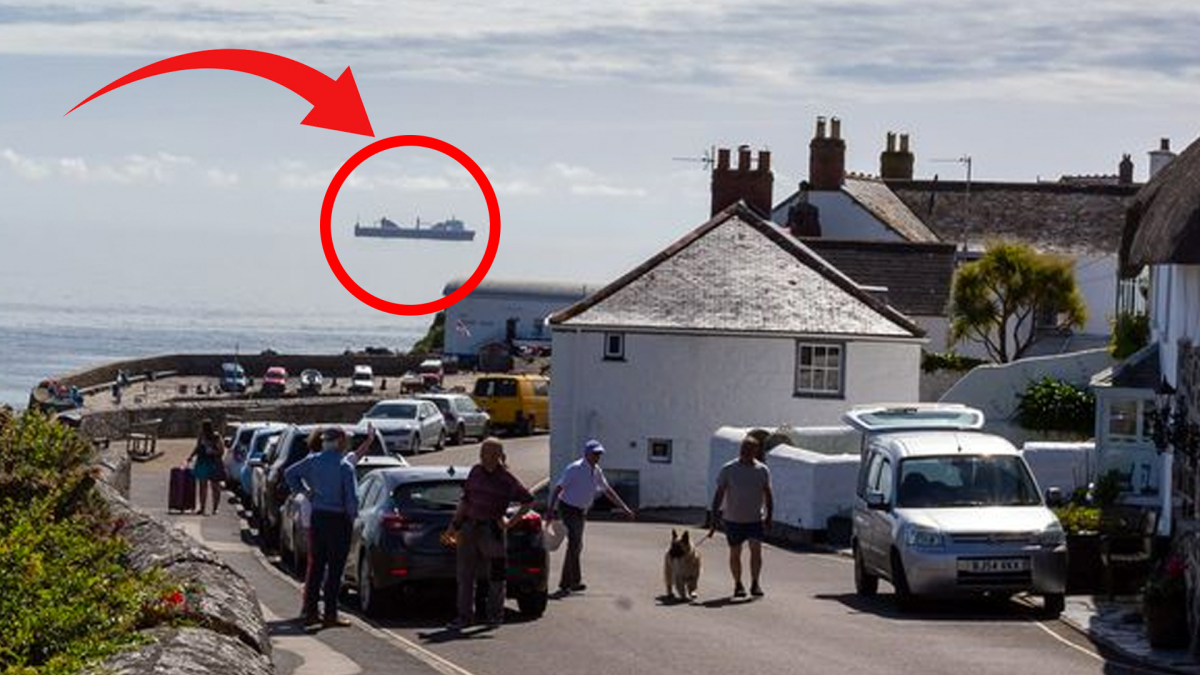 It’s not hard to be a fan of optical illusions when they are so entertaining. And while some are mind-bogglingly designed and created, others are discovered by chance – just like these four accidental head spinners.

From floating boats to three-headed deer, for this piece we’ve picked the best and most confusing illusions not created by design. But if you’re a fan of brain teasers that have been carefully crafted, our roundup of the best optical illusions of all time is for you.

This utterly bizarre phenomenon has made everyone’s minds bend, as it appears as if boats are floating on the sea. We’ve covered the curious phenomenon of ‘Fata Morgana’ (which means ‘mirage’ in Italian) a few times, but we still find it fascinating.

The naturally occurring illusion is created when cold air sits beneath warm air directly above the sea. This atmosphere above sea level bends the light and distorts the image for onlookers along the shoreline, making it appear as if the boat is floating far above the sea.

The internet is full of feline content, so it should come as no surprise that a feline-themed illusion is on our list. This particular perplexing question begs the question, does the cat walk up or down the stairs? Although this illusion has been doing the rounds online for years, no one seems to know which way it is going.

Presumably, the direction you see the cat walking depends on your personality. If it looks like it’s going upstairs, you’re more likely to be optimistic, while if the cat is coming down the stairs, you’re more pessimistic — although we wouldn’t consider that gospel.

This accidental optical illusion looks like something straight out of Norse mythology. In 2014, Renatas Jakaitis managed to perfectly capture the moment when three aligned deer were looking at the camera, resulting in an image of what appears to be a mystical Christmas beast.

Jakaitis has said: “When I took the photo I didn’t even notice it. It wasn’t until I looked back at the images on my camera that I realized that”. Deer are known for walking on trails, so it makes sense that Jakaitis was able to capture this stunning moment when the creatures were all lined up.

This accidental optical illusion of a color-changing hat was shared on TikTok. User oteliacarmen (opens in new tab) walks through her house with her newly bought hat, which gradually changes from brown to green under different lighting.

The shift in colors is caused by metamerism, which basically means that the different lighting affected the way our eyes perceived the hat’s shadow. Despite contacting the store and the manufacturer, the user has still not found out what color the hat should actually be.