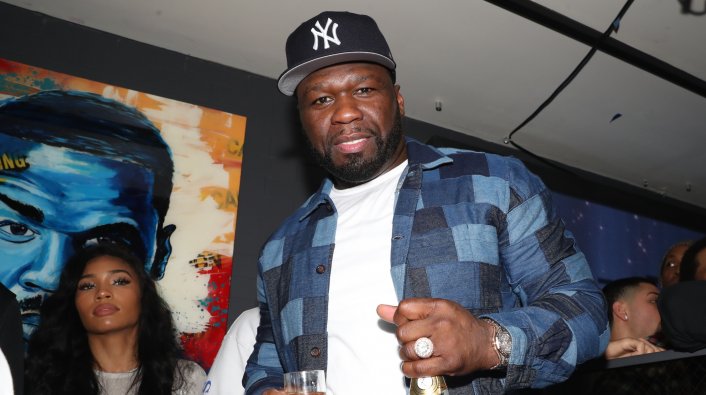 Drake’s presence in the music industry has given the rapper a place of power and influence, with his power even providing what some rappers call the “Drake Stimulus Package.” The rapper’s strength has even led more established powerhouses in the entertainment world like 50 Cent to speak of Drake’s influence.

Via Instagram, 50 Cent posted a photo of himself next to a photo of Drake from the hit show ‘Degrassi: The Next Generation’. The photo shows Drake wearing a 50 Cent t-shirt from the time he was on the show, presumably the ‘Get Rich or Die Tryin’ era for 50. The Queens rapper then praised Drake, saying, “That boy @champagnepapi came up with it, he got off that show and made some real fvcking hits, man Look above.