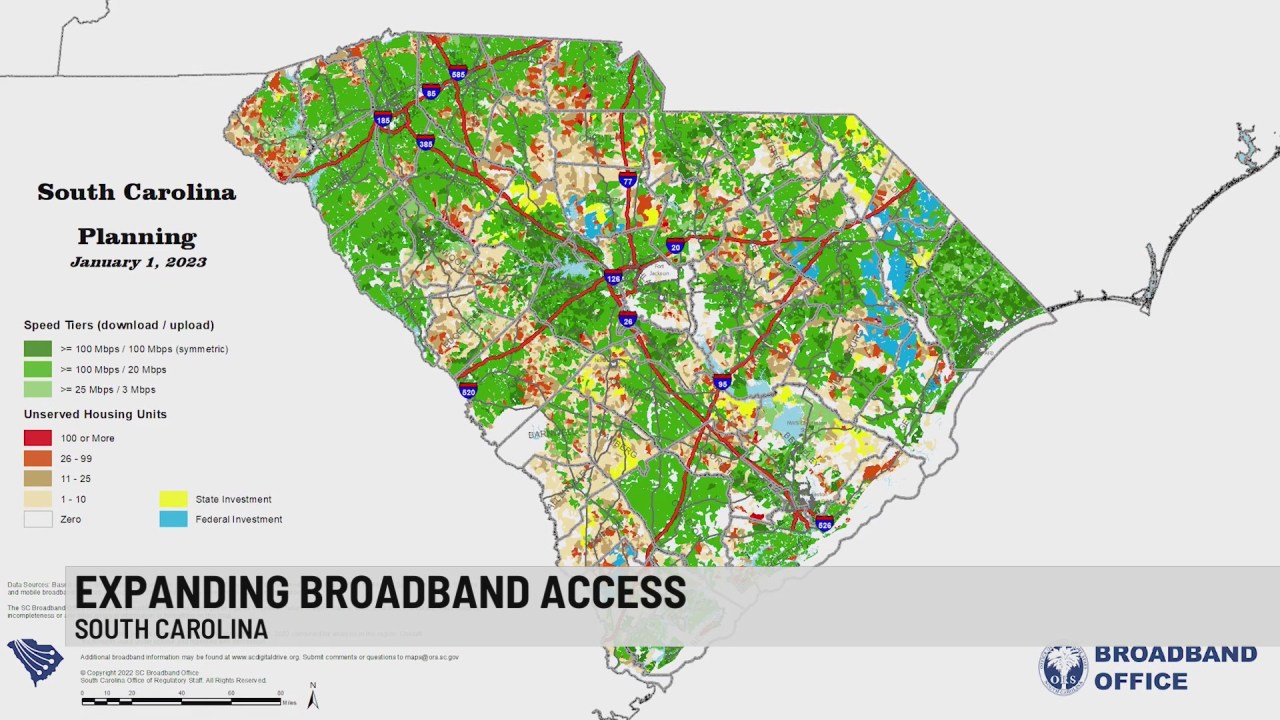 COLUMBIA, SC (WSPA) — Millions of federal, state and local dollars are being used for broadband expansion in South Carolina.

The state and Internet service providers have spent the past two years working to close the digital divide in South Carolina.

Currently, the South Carolina Broadband Office of the Office of Regulatory Staff estimates that there are approximately 181,715 households in South Carolina without access to high-speed Internet.

According to the Federal Communications Commission (FCC), high-speed internet is 25 Mbps or higher for download and 3 Mbps for upload speed.

More broadband projects in South Carolina could be in the works soon.

“Making an investment is just the first part,” he said. “Broadband takes a while to actually complete the build, but until you make an investment, nothing improves. We are moving the needle.”

Stritzinger said they have been working closely with providers to map areas in South Carolina. He said providers are navigating a “complicated” supply chain as other states expand broadband access as well.

The Office of Regulatory Staff also takes input from South Carolinians on which parts of the state are not served.