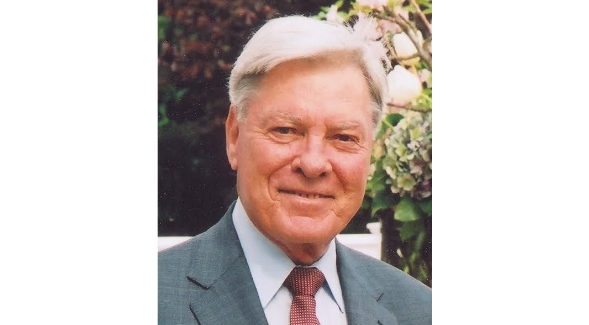 San Diego State University has announced a $6.25 million grant from the James Silberrad Brown Foundation through the San Diego Foundation, which will provide $5 million for an artificial intelligence (AI) center at the Fowler College of Business and $1 million for the Aztecs Going Pro student. career development program for athletes.

The foundation is named after the late Jim Brown, who graduated from SDSU in 1967 with a degree in business management. Brown was a former member of the SDSU Alumni Board of Advisors and received the Distinguished Alumni Award from the then College of Business Administration in 1991.

Brown and his wife, Marilyn Creson Brown, have been major donors to the university for decades and are known for their philanthropy throughout San Diego. The couple regularly attended SDSU sporting events together.

The scholarship was awarded based on recommendations from Marilyn Brown and Jim’s daughter, Kelly Brown, who consulted with university leadership to determine which areas of funding would best suit Jim’s interests. “We know these are choices he would make,” Marilyn Brown said. “It’s great to be able to celebrate Jim, his life and his dedication to the state of San Diego through the programs we know were meaningful to him.”

AI Center to be named after Brown

The $5 million for AI designates $3.5 million to establish and operate the James Silberrad Brown Center for Artificial Intelligence. It also includes $1 million for creating an endowment to support a center director, $250,000 for forming a grant, and $250,000 for an endowment grant. An additional $250,000 increases SDSU’s capacity to generate philanthropic support for the university.

The current Artificial Intelligence Lab, where SDSU’s AI research, education, theory and practice take place, will now become part of the new center. SDSU AI Lab Director and Associate Professor Aaron Elkins (’03), who founded the lab in 2018, said the grant is the largest award ever awarded to the AI ​​department. “It advances our division and division by at least 15 years,” Elkins said.

Elkins said the funding will make SDSU even more attractive to AI researchers and allow for department expansion from the usual 10-15 students to 20 or more. He said the new resources will help connect SDSU with a network of universities and other AI research institutions and industries that should open up a wider range of opportunities for students.

“The education in AI and MIS (management information systems) at SDSU has always been top notch, but to (recruit) those students who are really top of their field, you need more than just the teaching,” says Elkins. “They want resources, connections and collaborations. Now, as colleagues, we can connect with some of these larger research centers, allowing us to do so much more.”

Elkins described the grant to his department as “a vote of confidence” by the Browns that SDSU researchers are value creators in the field of AI. “It’s hard to say how much gratitude we have to the Browns and the Brown family,” he said.

The $1 million spent on Aztec’s Going Pro from the athletic department is the largest amount ever donated to the program, conceived just over a decade ago to provide skill-enhancing support to SDSU student athletes. Much of the award will be allocated to a graduate assistant salary, but funds can also be used to support program needs.

For each year they compete, SDSU student-athletes take a one-hour-a-week seminar class for college credits that serves as a life skills program. Director of Intercollegiate Athletics John David Wicker characterizes Aztecs Going Pro as a highly successful program that helps most student-athletes prepare for postgraduate careers outside of professional sports.

“This grant helps validate that Aztecs Going Pro is the type of program that resonates with the likes of Jim and Marilyn Brown who care about San Diego State Athletics as well as the individual,” Wicker said. “They see the value of what we do and their contributions allow us to provide better programming and more support to our student athletes.”

Wicker described the grant as “very meaningful” for the Aztecs Going Pro program. He called Jim Brown “a wonderful person who was always involved in the community.”

Thinking about the future

Marilyn Brown describes her late husband as someone who was interested in the world. The grant from the foundation named after him reflects that, she said, noting that supporting the AI ​​center is a choice he would have made on his own. In 2019, the Browns contributed $50,000 to create the AI ​​Lab Program Endowment.

“That’s really Jim,” she said of the scholarship’s purpose. “It’s forward-looking, it’s thinking about the future, it’s taking a program that could be really special and making it better.”

Jim Brown had always appreciated his association with SDSU, Marilyn Brown said, and maintained several close relationships with people throughout the university. He always wanted to stay in touch.

“You don’t necessarily give money to places, you give it to people, and through the years Jim knew the people of the state of San Diego. It was about people, and it was about what had been done for him and what he felt he had received from college, and he wanted to give something back.”

SDSU will host a naming ceremony for the new James Silberrad Brown Center for Artificial Intelligence on February 27, 2023.