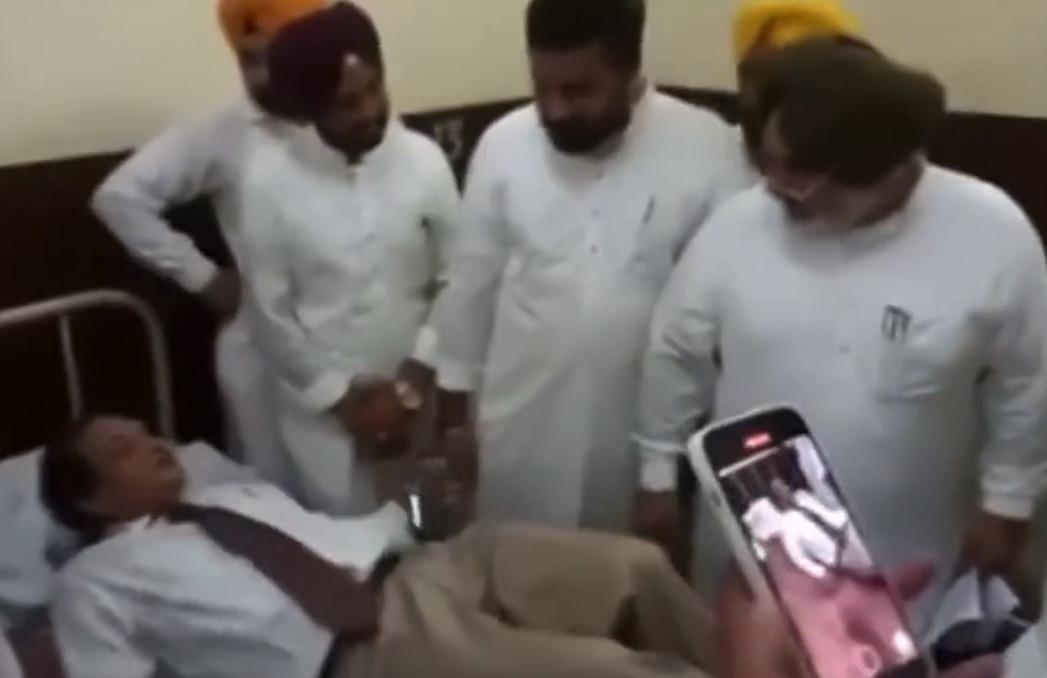 The dismissal was due to the humiliation with which Dr. Raj Bahadur on Friday was confronted at the hands of the health minister of Guru Gobind Singh Medical College and hospital in Faridkot.

Political leaders across the political spectrum also got caught up in Jouramajra.

I believe Dr Raj Bahadur has resigned as Vice President who cannot bear the gross humiliation of the illiterate Health Minister! if @BhagwantMann has a shred of decency, he should immediately dismiss Mr. Jauramajra from his cabinet and ask him to offer his unreserved apologies to Dr. Raj Bahadur.

Health Minister Chetan Singh Jouramajra found himself in a difficult position after asking Dr Raj Bahadur to lie on the bed of a “dirty” patient here at Guru Gobind Singh Medical College and Hospital on Friday.

A video of the minister “forcibly asking the vice chancellor to lie down on the bed” is doing the rounds.

One can hear the minister “talking rudely” to the vice chancellor about the lack of cleanliness in the medical school.

Indian Ortho Association condemned the incident of humiliation to the VC. OP Chaudhary, Secretary to the Vice-Chancellor, has also resigned.

The PCMS Association has strongly condemned the merciless treatment of the BFUHS VC by the Minister of Health.

The PCMSA State President Dr Akhil Sarin said: “The PCMSA strongly condemns the non-ceremonial treatment of the VC by the HM. Whatever the reason, the way the VC has been mistreated is deplorable. Such blatant disrespect for a senior health official is appalling to say the least. The confrontation has effectively resulted in the state losing its only spine surgeon.”