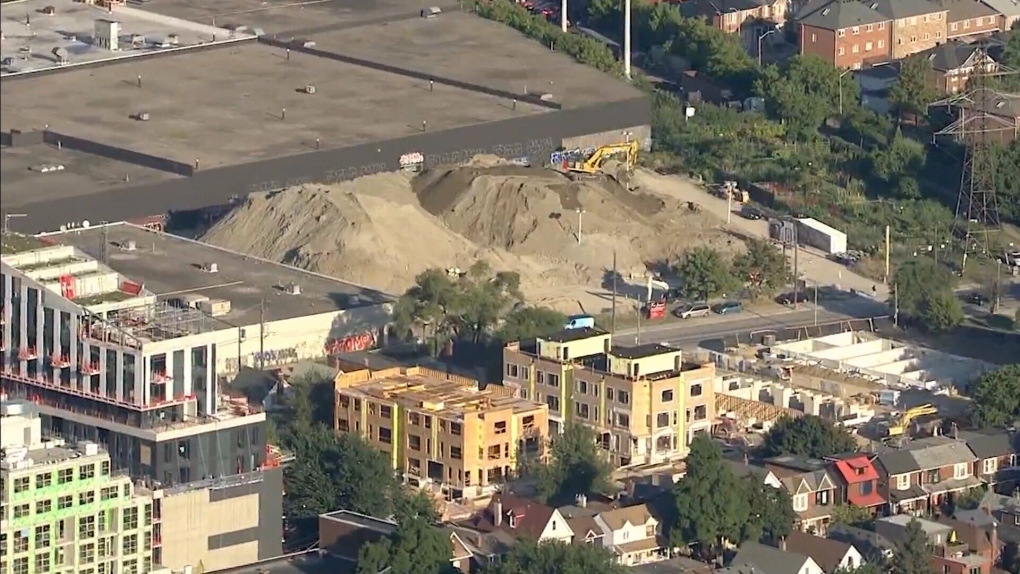 Residents of a Toronto neighborhood want answers after a huge pile of dirt has appeared and no one seems to know where it came from.

“It’s an eyesore. Look at it. It’s a mountain. A three-story mound of dirt,” Francesca Pivetta told CTV News Toronto at the site near Old Weston Road and St. Clair Avenue West.

“We can’t open the windows. The house is full of dirt. It’s hard to breathe,” she said.

Those living in the area said they first noticed the grime in the parking lot of Toronto’s former Weston flea market about two months ago, which closed in 2019.

Gord Autterson rents a plot of land in the Silverthorne Allotment Garden next door and said the residual dust rolling off the mountain is a problem.

“We don’t know where that dirt, that soil, comes from, all the dust blowing over the stuff we need,” Autterson said.

A huge pile of garbage has been growing in Toronto’s Stockyards District for two months now and no one seems to know where it came from.

Contractors working in the area and speaking to CTV News Toronto said the dirt did not come from nearby construction projects.

Toronto City Councilor Ana Bailão, who represents Ward 9 – Davenport, where the pile is located, could not be reached for comment.

At the same time, a spokesperson for the City of Toronto said in an email that staff are investigating the buildup of dirt and its origin.

With files from Sean Leathong