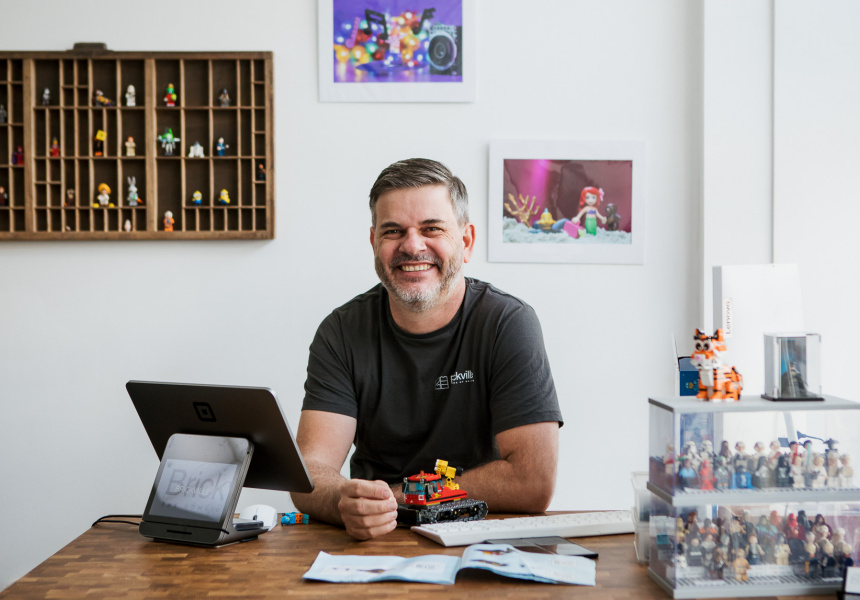 Every two days, Sean McConville has the windshields of his new vintage Lego store cleaned — because of the hand and nose prints. “People walk by, children press their faces against the glass to see what I have in the store.” However, he doesn’t mind.

With 3,000 sets comprising more than two million pieces, there is always something interesting to see in Brickville in Kensington. The brick and mortar (and online) store specializes in rare, retired, and hard-to-find Lego sets.

A range of inventory is available, from sets that will attract serious collectors, such as the Star Wars: The Clone Wars Republic Dropship for $2200, to sets suitable for fans who love to build – a Technic Chevrolet Corvette, the Jurassic World Dinosaur Fossil Exhibition of a three-in-one Ferris wheel.

It’s a cozy space filled with shelves of lovingly displayed Lego sets. Some are new; others are second-hand – disassembled, weighed, sorted and resealed in fresh bags according to the Lego manual. And you can settle into an armchair to build some for free.

McConville has been passionate about Lego since childhood — he still has the space sets his mom bought him in the ’80s — but reconnecting with them as an adult was part of a grieving process. “My wife passed away four years ago,” he says. “My kids were 16 and 14 at the time and I had just started a new job.

“I was falling apart. I was suffering from anxiety, my son was diagnosed with autism and was having a hard time at school so I decided to take some time off to get my head in order. I pulled out our old Lego and we started as family to spend time together.”

They reassembled those vintage space sets, bought new ones, and even went on a pilgrimage to Legoland in Chicago. “I started building my own collection,” McConville says. “I found that if you buy three of the same set, you can build one, keep the other two until they retire, and if you sell, you’re net neutral.”

After a few years of collecting, he had $250,000 worth of Lego in storage. And he saw an opportunity to change what he was doing with his life.

“My anxiety subsided and I thought, ‘I have to go out into the world again’. I missed people. After 25 years in a corporate job, I just wanted to open a store where every customer walks into the store and thinks, ‘Wow, this is awesome’.”

The Macaulay Road store is the result of that desire. It attracts kids, collectors, casual builders and the Lego curious. At the time of interviewing, the rarest item in the store is the Marina Bay Sands Limited Edition Architecture set, which costs $1560. But even minifigures can fetch a high prize; Lando Calrissian, de Star Wars character, goes for $225.

While many specialty sets fill the shop, McConville isn’t precious; everything is for sale and none of the sets built are behind glass except for his prized 80s space sets.

“Lego is meant to be played with. I love it when families at the building table dig through pieces or find a set to work on together,” he says. “I’m so happy to finally be able to do my dream job. business there is no joy I would rather spend a day in this store with people who love Lego as much as I do.”