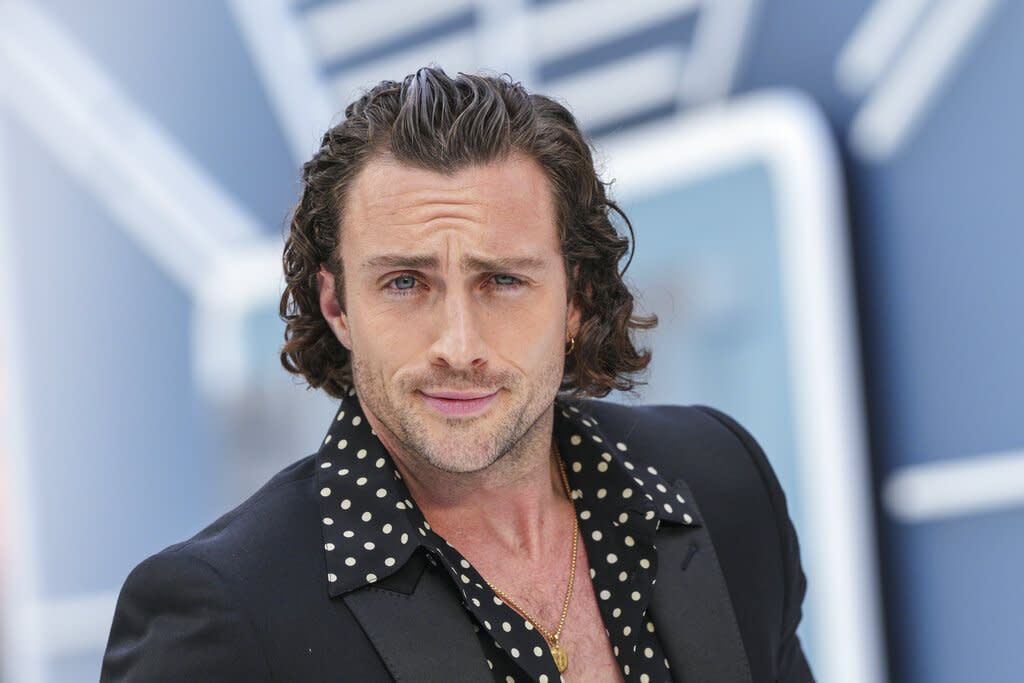 The actor revealed that due to a “crazy crazy keto diet” he had low blood sugar and passed out on set after sustaining an injury.

“We were in a battle sequence and I get dropped across the room. And that one sharp bit of the corner where there was no padding took a piece out of my hand,” the star of ‘Kraven the Hunter’ shared with Variety.” And I literally went wham, passed out. And then I came back and I was like ‘Should we go again?’ And they were like, ‘No, no, no. You need to get stitches in the hospital.’ So then I spent the night in the hospital.”

Taylor-Johnson joked, “You know, when you sign up for a David Leitch movie, you know you’re going to get some battle scars, some war wounds.”

Co-star Brad Pitt, who did 95 percent of his own physical stunts in Jackie Chan-inspired fight scenes, added on the red carpet of the film’s premiere that he was not injured on set.

Taylor-Johnson previously told HERO Magazine that “Bullet Train” was originally envisioned as “a pretty dark, R-rated, vicious action piece” before production led to the stars “confusing it and making it fun”.

“I don’t know what happened, but it turned into a comedy!” said Taylor Johnson. “We all just laughed. [Director] David was really open to playing and exploring, it felt like a breath of fresh air – we had a fantastic time.”

He added that due to COVID-19 precautions, it was “the most bizarre movie set I’ve ever seen.”

Taylor-Johnson concluded: “We were tested every day, we had masks and then the plastic visor over the top, and then we weren’t allowed to communicate with each other. You can’t physically shake hands or, at the end of the day, give your friends a hug. That was a strange atmosphere, if you have been lucky enough to have had that intimacy in the past and that collaboration that nurtures you.”

The best of IndieWire