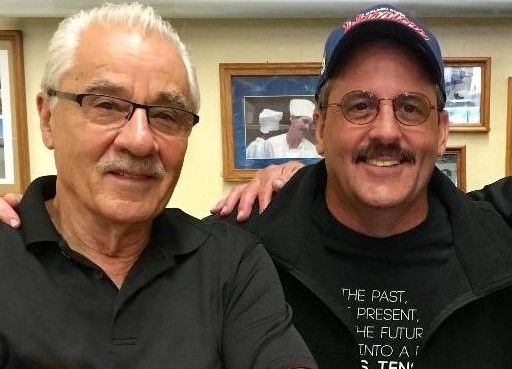 Regardless, Alameda athlete Paul Yazolino has enjoyed an absolutely remarkable multisport career with highlights including a silver medal at the 1967 National Powerlifting Championships, a Mr. USA Masters Bodybuilding title in 1979 and a first place in the 500 meter competition at the 1996 World Masters Sprint Cycling Championships.

Yazolino is now sharing his story in “Unlikely Champion: The Paul Yazolino Story,” a new book he co-wrote with author and fellow Alameda resident James Francis McGee. Yazolino describes his life journey in the book, starting as a shy child growing up on Alameda’s Regent Street.

Unlike today’s times when mental health issues came to the fore, Yazolino grew up in an era where they were largely ignored, rejected or ridiculed. Encouragement to write the story began with Dr. Danny Goldstine, the chief psychologist at the Berkeley Therapy Institute (who wrote the book’s foreword).

“For about 10 years I’ve been involved with Dr. Goldstine, who told me, ‘I want you to write your life story, including your struggles,'” Yazolino said.

So Yazolino did that, but it took a while to get it done. It was also about ten years ago when Yazolino met McGee, who, like Yazolino, grew up in Alameda as the middle of three brothers (Yazolino graduated from Alameda High School in 1957 and McGee in 1982).

At the time, McGee was in the process of putting together the first of his “Alameda Legends” series of books. McGee asked Yazolino – who was in one of the earlier books – to write the foreword. Although he claimed not to be a word artist, Yazolino agreed.

“I needed someone impressive to write the foreword,” McGee said. ‘Paul said, ‘I’d like to write my life story, and I’d like you to help me do that.’ ”

McGee and Yazolino had an indirect connection years earlier when McGee coached one of Yazolino’s sons, Gary, in freshman football at Alameda High in the 1980s. But by the time Yazolino inquired about writing the book, McGee—a teacher by trade—was busy with his work and other writing projects. When McGee eventually got together with Yazolino, both said they found the project worthwhile and satisfying.

“(Paul) was very grateful,” McGee said. “I told him it was one of the most memorable projects I’d ever done.”

“James’ experience as a teacher motivated me,” Yazolino added. “I’m not very good at writing, so he took what I said and had the instinctive ability to put it on the page.”

As the authors intended, readers will likely find the book very inspiring. Perhaps beyond the intent of both authors, many may also have an experience of six degrees of separation when reading the book, as Yazolino describes his life, especially in connection with Alameda and also neighboring communities. In addition, many can find parallels to Yazolino’s story in their own lives, be it with themselves, relatives, friends, at work, at school or in other social situations.

“We’d like to bring this to high schools, high schools, with teachers and counselors,” McGee said. “In a perfect world, we’d have some psychology professors add it to their supplemental reading lists — that’s our goal.”

Other future options include a Spanish-language version of the book, perhaps a children’s version, even a graphical version for those younger readers. Whatever the future holds, Yazolino’s story is one of dedication, commitment, staying focused, setting goals and working to achieve them. It'[s a narrative of overcoming obstacles, of pushing oneself to greater heights literally (as was the case with Lombard Street and Mount Diablo) and figuratively. The book is well worth reading.

Mike McGreehan is a former sports writer for the Bay Area News Group who especially enjoys soccer and baseball.

Book signings will take place from 3 to 5 p.m. Aug. 13 in the Beanery Coffee Company at 1650 Park St. in Alameda and at a time yet to be determined Oct. 21 at the Alameda Theatre.