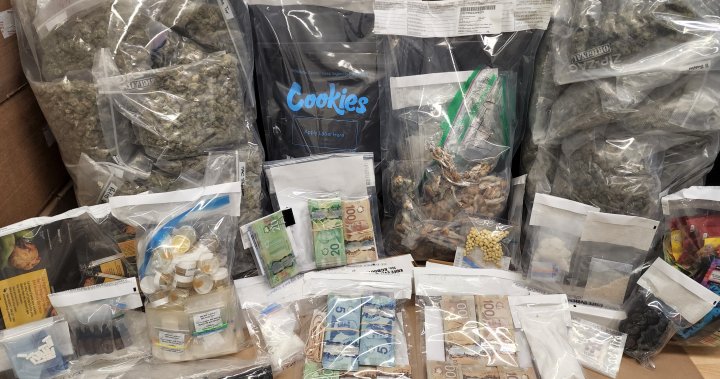 RCMP has filed charges against a 26-year-old man after a mass seizure of drugs and cash in Peace River, Alta., on July 14.

A month-long investigation into drug trafficking by Peace River and Grand Prairie officials resulted in a search warrant on a County of Northern Lights home and associated vehicle, according to an RCMP release sent Monday.

Police seized a large amount of illegal drugs, money, cigarettes and weapons, including:

More than $500,000 in drugs, cash seized in investigation with links to Alberta, British Columbia

In total, McSween is facing 11 charges. He will appear in Peace River Provincial Court in August.