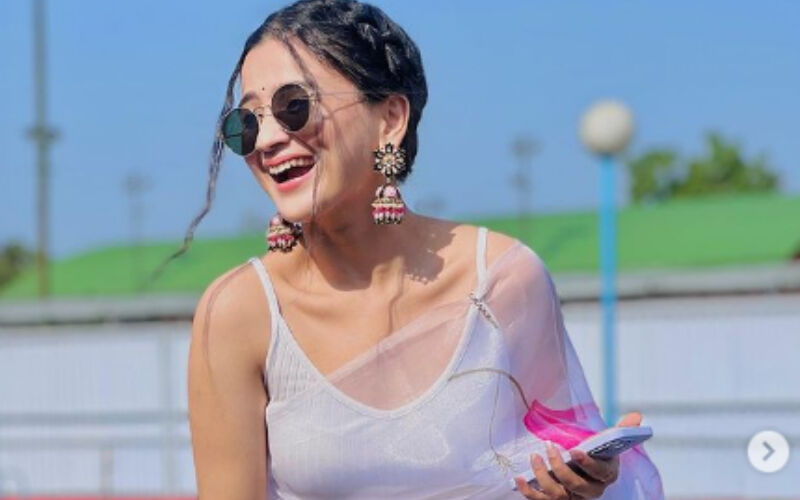 The Internet often finds many ordinary people with uncanny similarities to celebrities. In fact, a doppelganger of our Bollywood stars often gets a lot of attention on social media. A few days ago, digital creator Ibrahim Kadri became a hot spot on the internet for his uncanny resemblance to the ‘Badshah of Bollywood’ Shah Rukh Khan. Now the internet has found Alia Bhatt’s lookalike and her videos and photos have taken the internet by storm.

An Instagram user by the name of Celesti Bairagey has stunned netizens with her uncanny resemblance to the actress. Celesti shared a video of herself where she was seen dancing and lip syncing to the song Dholna from the movie Dil Toh Pagal Hai and she looked a lot like Alia. She wore a similar white colored saree that Alia wore during the promotions of her movie Gangubai Kathiawadi. In fact, Celesti, who is an Assamese, shares a similar cut and dimpled face to Alia.

Meanwhile, talking about Alia Bhatt’s work front, the actress has blown everyone away with her brilliant performance in the recently released ‘Gangubai Kathiawadi’, where she played a sex worker who later became a mafia queen. She is now waiting with her husband Ranbir Kapoor for the release of her next Brahmāstra. Alia also has Karan Johar’s upcoming directing ‘Rocky Aur Rani Ki Prem Kahani’ with Ranveer Singh in the pipeline.