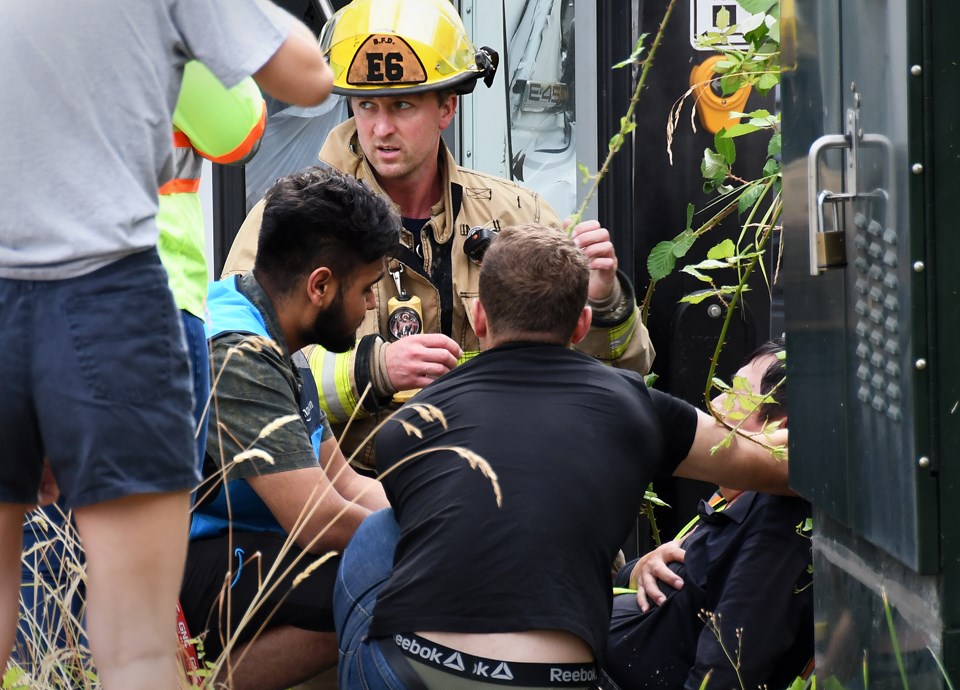 A collision involving a minivan, Amazon van and another vehicle has sent a man to hospital and blocked traffic on Lougheed Highway.

The collision happened shortly before 10 a.m. Tuesday at the intersection of Lougheed Highway and Brighton Avenue-Production Way, right next to the Production-University SkyTrain station.

An Amazon van with a broken front end came to a stop in a western lane, while a minibus ended up in the far eastern lane after colliding with a traffic light pole.

In addition to the minibus, another damaged vehicle, a sedan, also came to a stop.

A witness told the NOW the only occupant of the bus was the driver, who was taken to hospital.

The occupants of the Amazon bus appeared to be unharmed, according to the witness.

Burnaby RCMP was on site and is investigating the crash.

Eastbound traffic queues at Brighton Avenue-Production Way as emergency services work to clear up the incident.