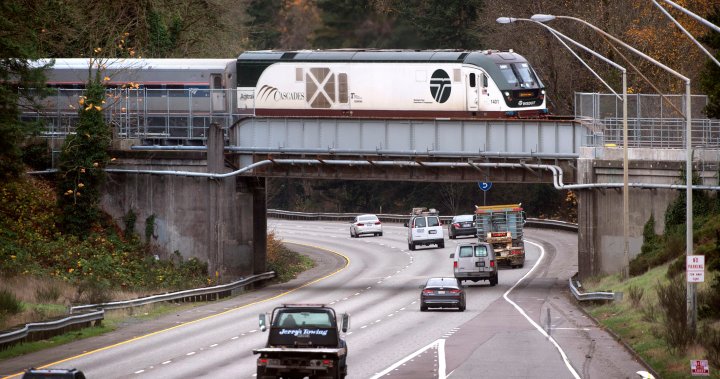 Amtrak will delay the restoration of Cascades passenger train service between Seattle and Vancouver, BC, until possibly December due to staff shortages.

The service gap arose despite the much-hyped $66 billion from the Biden administration allotted in the Infrastructure Investment and Jobs Act to catch up on maintenance and spread Amtrak’s national rail service to new cities, including Las Vegas, Phoenix , Columbus and Nashville, The Seattle Times reported.

A Washington State Department of Transportation rail spokesman, Janet Matkin, says transportation officials in Washington state hoped the trains would be running again by summer or even late spring.

Amtrak train was traveling under speed limit when it derailed in Montana, killing 3 officials

Amtrak does not yet have enough conductors, mechanics and service personnel on board to operate the trains, although new classes of conductors are in training, according to a letter to Washington and Oregon railroad directors from Ray Lang, an Amtrak vice president.

About 159,000 people a year drove between Seattle and Vancouver, BC, before the pandemic, or 290,000 people including stations between major cities, Matkin said.

“Amtrak’s lack of support for the Amtrak Cascades service cannot continue and Amtrak’s plans to delay the restart of Canadian service for seven months or more are not acceptable to WSDOT and ODOT,” said a WSDOT and ODOT co-signed response. Secretary Roger Millar and Kris Strickler, director of the Oregon Department of Transportation, suggesting at least partial service in the meantime.

But that’s estimated to cost at least $42 billion and decades to build.