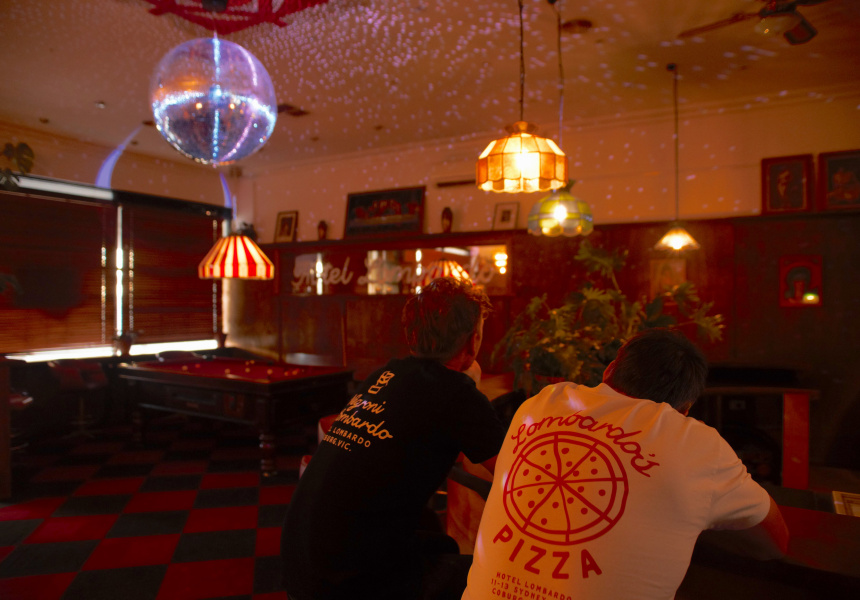 Melburnian Travis Lombardo has lived in Brooklyn for the past decade, working as a fashion photographer and flitting in and out of hospo.

He has worked in places such as the boisterous, bohemian nightclub Bushwick House of Yes (which he boldly calls “today’s Studio 54”) and Pianos, an eclectic, surprisingly piano-less venue on the Lower East Side that is a bar, nightclub, bandroom and restaurant. in one – “a melting pot of everyone in New York,” says Lombardo.

Now back in Melbourne, he’s directing the best bars he’s worked at to Hotel Lombardo, a 100-seat Italian-American dive bar opening this winter. It’s “a hodgepodge of everything I loved about New York all in one,” he says, and it will replace one of the Lebanese bakeries on Sydney Road, near the Moreland Road intersection.

“You enter through an alley and you don’t know exactly where you are,” explains Lombardo. The gate opens into a very leafy, very Aussie beer garden that has “definitely nothing giddy” – a stark contrast to what you find inside.

In true dive bar fashion, the main room will be moody lit, covered in dark wood and filled with intimate booths. There will also be a pool table, a disco ball on the dance floor and – remarkably – a shiny pole in the center for all who are welcome, pole dancing, inspired by House of Yes. “It encourages people to dance, it encourages a good time,” Lombardo says. “It only takes one person to jump up to get the party started.” Never has your upper body strength had a more direct correlation with your ability to throw a party.

As for the food, expect chili-oil-filled Neapolitan pizza inspired by Brooklyn institution Roberta’s — the Calypso Mortadel will have pepper-studded mortadella, butter-braised peaches, and a generous splash of molasses. Plus, there’ll be signature Negroni’s on tap (there’s already merch decorated with “Negroni Di Lombardo”), and frozen Margs galore (“We’ll fucking express those,” says Lombardo).

Hotel Lombardo will open during the winter at 11-13 Sydney Road, Coburg.