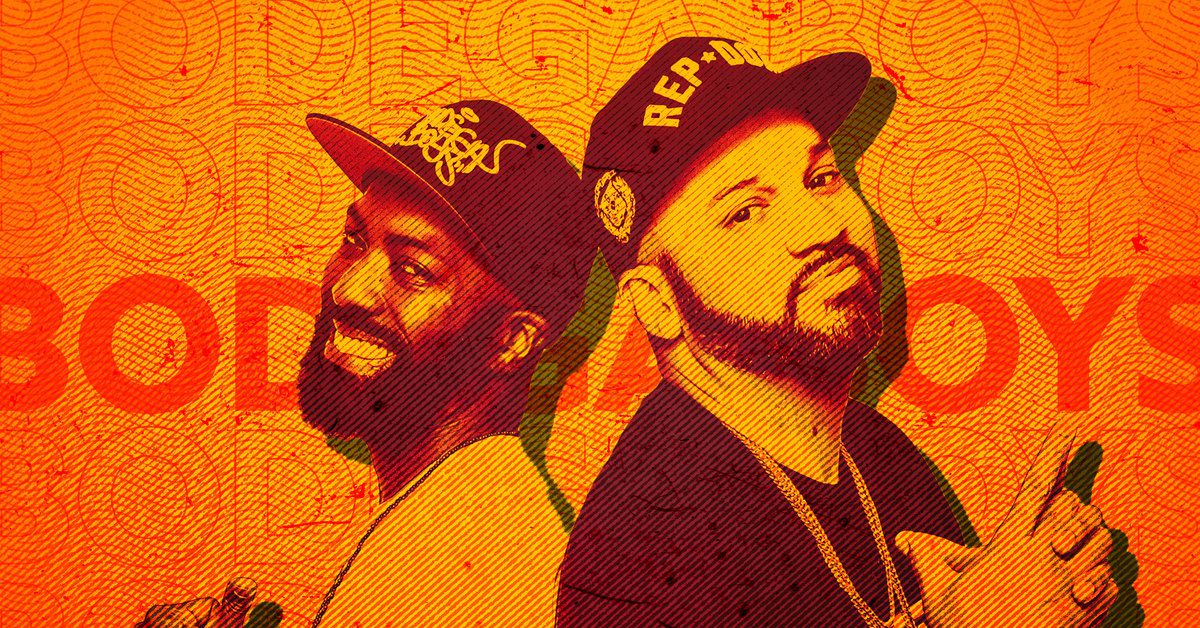 So Desus and Mero broke up. After four quite revolutionary seasons, their brilliant Showtime late night talk show is over. They are clearly super mad at each other. It’s devastating. (Anna Kendrick is reportedly involved sideways; that part is just confusing.) The word devastating is not hyperbole. This is a legitimate Love Is Dead, or Friendship Is Dead, or Perfect Talk-Show-Host Chemistry Is Dead moment. Even recognizing that this is all classic parasocial projection, it is still, to use this word again, devastating. Frankly, I don’t want to talk about it.

Instead, I want to talk about how Desus and Mero first made me laugh, about two minutes and 30 seconds after the first episode of everything they ever released. December 2013. Episode 1 (titled “THE WORLD PREMIERE”) of rumors vs. Meroa chaotic new one Complex podcast that, seemingly at random, combined two colossally sociable and extremely online dudes from the early 1930s from the Bronx, Desus Nice (aka Daniel Baker, unmarried) and the Kid Mero (aka Joel Martinez, married and two kids) . “I feel like I have a lot more to offer than Twitter,” the Kid Mero had remarked in a… New York Times profile earlier that year, in a rare moment of hilarious understatement. (The understated part was rare, I mean.)

The title of the podcast rumors vs. Mero implied a rivalry, or at least healthy competition, but no, within 150 seconds it was clear that Desus and Mero were in fact an inseparable and invincible partnership with, undeniably, the best podcast host chemistry in podcast history. I get it though: Rumor & Mero vs. the world would have been a much more awkward title. Anyway, their first target was J. Cole, whose new album was immediately and enthusiastically compared to rainforest noise, airport noises and “lyrical Nyquil.”

Desus: “Each verse is like a cup of warm milk with cinnamon on it, and you lay your head on your abuelita’s chest.”

Mero: “They sell his CD at Bed Bath & Beyond.” (I’m paraphrasing a bit here sometimes.)

Desus: “Right in front when you enter. He is the afterlife. Bed Bath and J. Cole. His album comes in king, queen, full…”

Mero: “[Laughs uproariously.] ‘Yo, what’s the thread count on his album, dog?’”

Right now I’m crying with laughter. I probably would have started right away when Mero started laughing. I vividly remember this moment: I was walking in my neighborhood, it was freezing, dodging chunks of ice on the sidewalk, hands jammed in my jacket pockets, earplugs in, trembling with laughter, my tears freezing on my face. I remember the intersection I was walking by when this all started. Sorry to make this about me, but that’s how parasocial relationships work. I say again: the best podcast host chemistry in the history of podcasts, two minutes and turn in their first episode. into the ampersand Rumors & Mero became a shiny, merry, bulletproof, seemingly permanent thing.

Everything Desus and Mero did from then on felt inevitable, necessary, irreplaceable. The Complex podcast (brain, btw, by legitimate genius and former Ringing signal cohort Donnie Kwak) lasted 40 episodes and spawned an accompanying web series. Then the pair started their own blockbuster pod, Bodega Boysthat provided over 250 episodes of phenomenal camaraderie (“The brand is strong!”) all the way through November 2021. Meanwhile: They hosted an ecstatically chaotic late-night Viceland TV talk show, Rumors & Mero, which launched in October 2016 and lasted until June 2018, when they took the circus to Showtime, towards something approaching the Big Time. the renewed Rumors & Mero premiered on Showtime in 2019, with AOC as their inaugural guest. It was fantastic, but still chaotic, still loose, still just two guys having fun, still the two funniest guys on planet Earth making each other funnier right in front of you, just for you. Desus & Mero & you.

Choose your personal favorite moment from all this. your favorite target, I suppose. Desus & Mero vs Desus & Mero Ben Carson, or Anthony Scaramucci, or DJ Academics, or DJ Academics and Joe Budden. On Showtime, they interviewed Barack, and Denzel, and Issa, and (!!!) Shea, and Bernie, and Maxine, and dozens of other first-name celebrities, all as their own brand (which also included a 2020 book called Divine Level Knowledge Darts) just got stronger. Even if you haven’t subscribed to Showtime and/or haven’t watched the show religiously, it was extremely reassuring to know that Rumors & Mero was there, still furious, still expanding, but still just two seemingly randomly paired dudes from the Bronx who were destined to forever revolutionize late night talk shows.

It’s not that they weren’t separate people, with their own personal projects and interests. I was a bit shocked when the Kid Mero showed up in a crazy but beautiful little 2020 Netflix movie called Vampires vs the Bronxbut there he was, playing a surprisingly tender Bodega Guy, and I was excited to see him, though much of his tenderness, his vulnerability, was that Desus was nowhere to be seen. What a ridiculous thing for me to think – what an unfair expectation that these guys were going to be carrying that ampersand their whole lives Rumors & Mero just because we could only imagine the two together.

Bodega Hive: The Illustrious @desusnice and @THEKIDMERO will pursue separate creative endeavors in the future. #DESUSandMERO will not return to SHOWTIME. It went well, fam.

Yes, this absolutely sucks. I still don’t want to talk about it. Let’s wish them both the best with their undoubtedly fantastic future solo activities, and let’s quietly and sheepishly yearn for the moment when they put aside and reunite all personal and possibly Anna Kendrick-related animosity, meanwhile, let’s be comforted by completely to go back to the beginning, to the big bang, to our dear friend J. Cole. “He is the Beyond” is probably the funniest thing I’ve ever heard anyone say on a podcast. It doesn’t matter which one of them said it. Let’s just say the ampersand said it. Let’s say that Desus & Meroh, in all their fantastic iterations, have always been the Beyond.