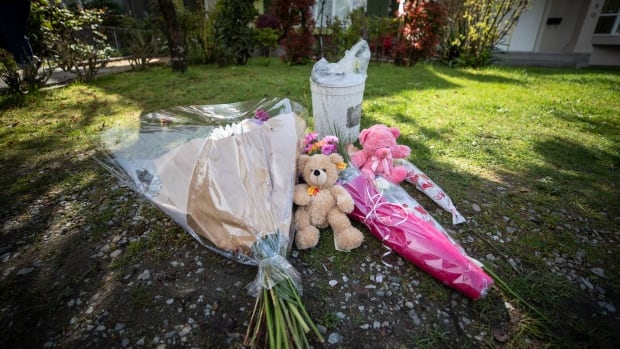 The neighborhood where a teenager was hit and killed by a dump truck in Burnaby, BC, has been experiencing commercial vehicle problems for more than a year this week, according to RCMP.

Mounties have received about 10 complaints about traffic near 11th Avenue and 16th Street in the past 12 months, including one about another teenager being hit by a car, Cpl. Brett Cunningham said that on Friday.

An 18-year-old girl told police she was trapped by the mirror of a truck or minivan while walking around noon on November 15. She was not seriously injured, but neighbors say they have been complaining to the city, the police and WorkSafeBC for months about heavy vehicles in the area.

The news of the security risks comes after a 14-year-old girl was killed by a dump truck along 11th Avenue around 3:20 p.m. Thursday. She walked home from school and was with friends at the time, police said.

“This tragic incident reminds us all of the importance of road safety,” Cunningham said. “We would like to ask these drivers to remind them not to be distracted [and] to drive mechanically safe vehicles that are thoroughly inspected.”

The driver worked for a company involved in a construction site near the site of the fatal accident and is “devastated and in shock,” according to a statement from developers Ledingham McAllister and Marcon Construction.

The teen was an 8th grade student at the nearby Byrne Creek Community School. The principal of the school sent a letter to the families of grieving students on Friday.

“Our hearts break for the family dealing with this unimaginable loss. Our support and condolences are with them,” wrote Effie Aadland. “An incident like this is always hard to accept and affects many in our school community.”

The Burnaby School District Critical Incident Response Team was on site Friday to provide advice and support to students.

Dozens of vehicles taken off the road this year

The stretch of road on 11th Avenue features single-family homes on one side and an industrial complex on the other.

Cunningham said police are aware of the security concerns in the area and have worked with the city and community to address them.

In the first four months of this year, RCMP conducted 24 commercial vehicle inspections in the area, including three within a three-block radius of where the 13-year-old was killed, Cunningham said.

During that time, police inspected 110 commercial vehicles, pulled 68 off the road and issued 134 tickets for violations, including defective vehicles, unsafe cargo and use of electronic devices.

RCMP said the driver involved in Thursday’s crash was pulling a dumper at the time. The 57-year-old man, who is not a Burnaby resident, remained at the scene and worked with investigators.

No arrests have been made.

Ledingham McAllister and Marcon Construction said the site was closed on Friday and will remain closed all weekend.

“While the accident happened on a public street outside our construction site, we have launched our own investigation and will work with city officials to explore further ways to reduce the risk when trucks enter and exit our site,” the company said in a statement. .

“As a result, we will suspend all activities at our construction site that require heavy trucks to transport construction materials, including dump trucks, until mid-next week.”

Anyone who saw the collision or may have a dashcam video of the 11th Avenue area between 18th Street and 15th Street Thursday from 3:00 PM to 4:00 PM is requested to call RCMP.