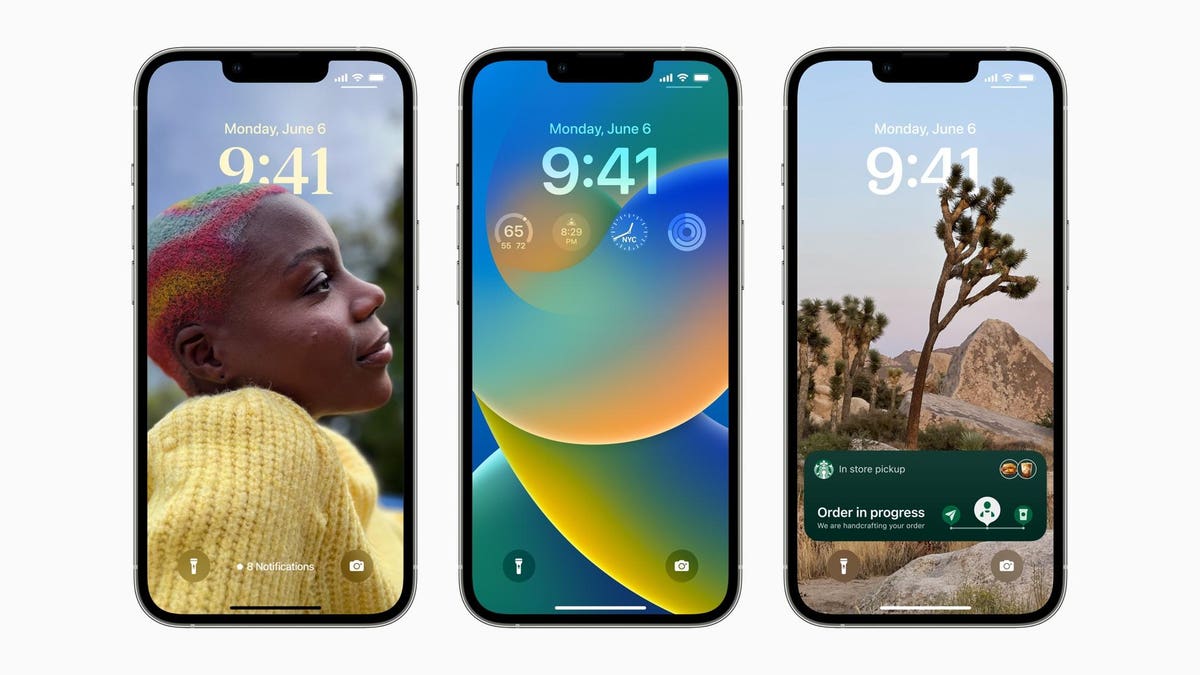 When Apple launches its next high-end phones, the iPhone 14 Pro and iPhone 14 Pro Max, it looks like the new handsets will steal a march from the company’s smallest display, the Apple Watch. According to Mark Gurman in his latest Power On newsletter, this year’s Pro iPhones will have an always-on screen.

Like the Apple Watch Series 7 — and many Android phones, for that matter — the iPhone 14 Pro and Pro Max will continuously display information on the screen.

You no longer have to tap the screen to see the time, which many of us do every day, more often than we think.

On the Apple Watch, this means the full-brightness dial fades to something less bright but still visible, allowing for a sly look at the watch under the desk in a dull meeting, for example.

With this new phone feature, you can look at the iPhone 14 Pro on the table with your eyes and see the time. Apple has already shown us that iOS 16 will have new lock screens, with more information via widgets.

We don’t know exactly what it will look like on the phone yet, but since the widgets on offer include world time zones, weather, battery life, and more, I’d say it’s likely that the new iPhone lock screen will fade completely – color images to subtly muted versions with time still visible.

I also suspect that the clock’s fixed numbers will switch to hollowed-out numbers that are still easy to see but use less battery power. Note that the new iOS 16 lock screen clocks tend to have thicker numbers that are easier to hollow out. This new design is the clearest hint to me that always-on is coming.

Eroded writing is how Apple does it on some Watch screens, so it seems likely it will be replicated on the phone I guess. This has the advantage that it is different from other phones with an always-on screen.

Plus, the new widgets are almost all monochrome, so they’d look pretty good on an always-on screen, wouldn’t they?

On Android phones, always-on screens are usually just the time and digital indications of how many emails, text messages, or other notifications are left unread.

There are exceptions, most notably Huawei’s P50 Pro, which has cute, colorful animations that sometimes play on the screen.

The gist of the always-on screen, of course, is that it’s only worth it if it doesn’t drain the battery to any significant degree. Has Apple found a way to keep a graphically interesting screen without cutting precious battery life?

The iPhone 14 Pro’s screen may slow down the refresh rate to just 1 Hz, rather than the 10 Hz minimum on the iPhone 13 Pro. This may be enough to extend battery life.

On the Apple Watch, it’s this system, meaning, in always-on standby mode, the dials don’t show the second hand spinning, so the face is static. Something similar will definitely be used on the iPhone 14 Pro, assuming it happens.

Apple never worries that it won’t be the first to launch a feature, but the company probably wants an always-on display that outshines rivals.