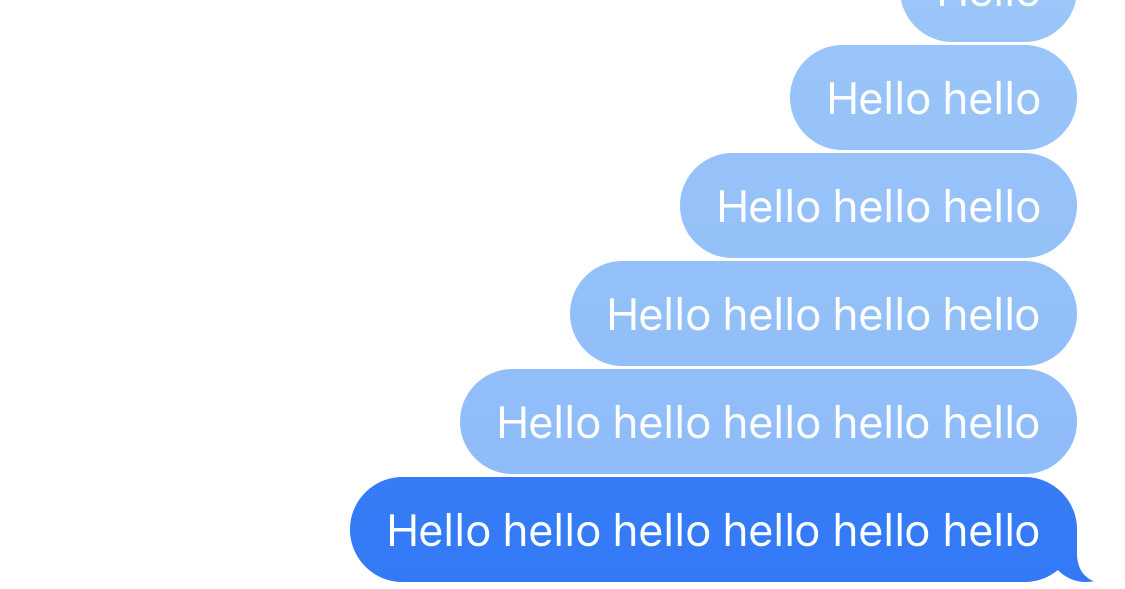 Apple has added an edit history to iOS 16’s new iMessage editing feature in its latest developer beta released on Wednesday (via 9to5Mac). You can check the edit history by tapping the “Edited” text below an edited post, and when you do, all edits will appear above the last one. You can now only make five edits to an individual message.

You can get an idea of ​​what the new edit history looks like in this screenshot of a message I sent to Mitchell Clark and then edited as many times as I could:

And if you happen to have the edit history of a friend’s post unfolded, any additional edits they make will show up as the primary one. In the example below, I have Mitchell’s “Don’t worry!” changing to a lighter gray when he edited it to say, “Okay, I’m just getting rid of this.”

Edit history fixes a major omission in Apple’s original implementation of iMessage editing. Without history, the edit function could theoretically be used to modify malicious or vicious messages after they’ve been sent, as Mitchell did as a joke in the screenshot above. While Apple’s little “Edited” note would tell you that something had changed, you wouldn’t be able to see what was originally said.

Apple has also changed the time to undo a message from 15 minutes to just two. And starting Wednesday, developers can now test the Live Activities API so they can create the new widget-like notifications on the lock screen. Live Activities won’t be available in the first public version of iOS 16 that launches sometime this fall, but Apple says they’ll come in an update “later this year.”