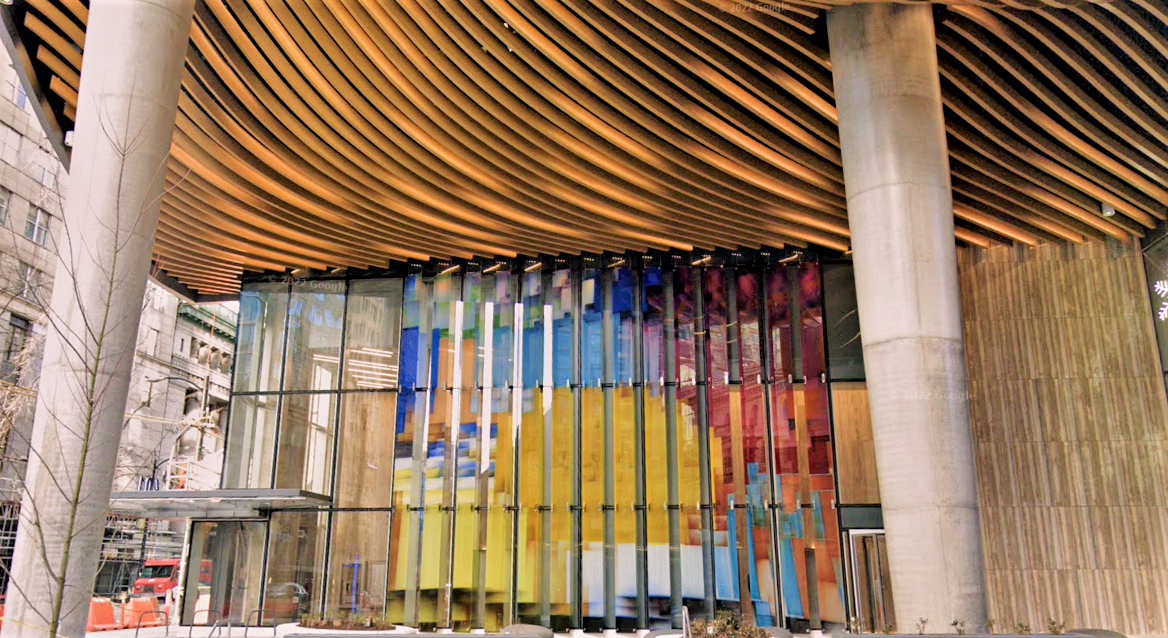 And it needs your help.

One of Vancouver’s newest public works of art is getting international attention.

Called ‘Walking Spectrum’, the work is made of (in the simplest terms) colored glass and incorporated into the entrance to the new office building at 601 West Hastings and is one of 100 nominees for the People’s Choice CODA award. Created by Devon Knowles, the piece was only recently installed when the building was completed.

“The jury has voted and selected the Top 100 most successful design projects that integrate commissioned art into an interior, architectural or public space,” said CODAworx, the organization behind the awards.

When creating ‘Walking Spectrum’, Knowles used photos she took of the area to inspire the colorful patterns on the glass.

Knowles intuitively combined site-specific images into a kaleidoscope of colours, patterns and textures – making this captivating permanent installation a feat for workers, local residents and passersby.

You can vote from June 20 to June 30. The winners will be announced at the end of August. At the time of publication, no single piece had more than 100 votes.

Seven other Canadian pieces will compete for the prize, and the top two voters will win. The CODAawards also have categories such as landscape and institutional. North Vancouver’s ‘Sea Change’ won last year in the transportation category; it is an interactive light curtain on a bus interchange.