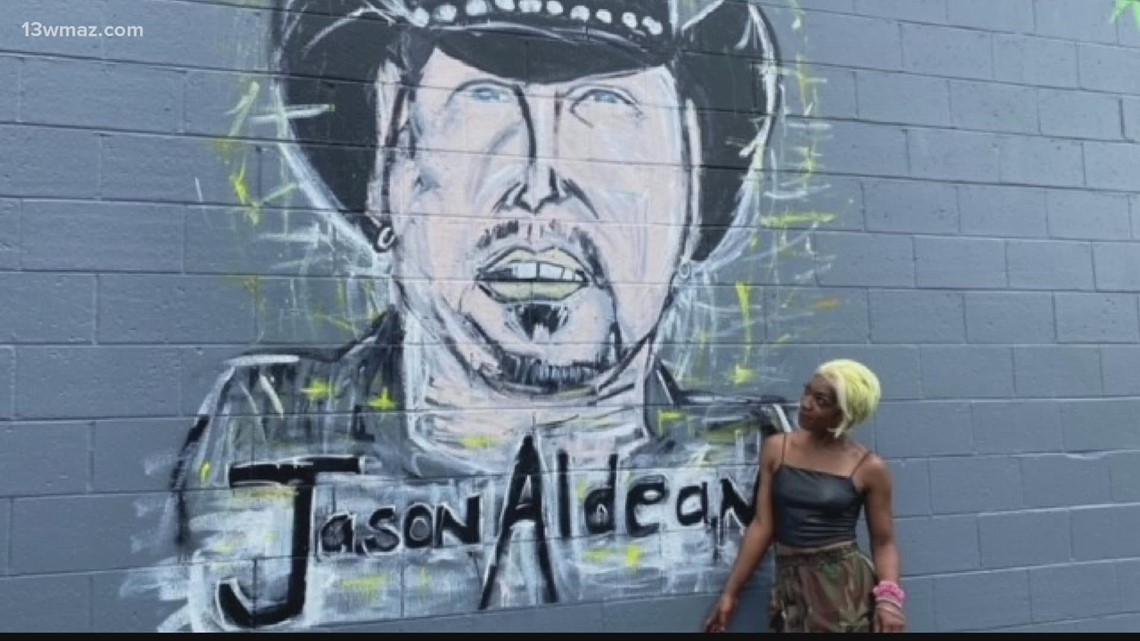 Shamika Bussey believes her art isn’t everyone’s cup of tea, but she also thinks people talk about what she’s made.

He is a legend, but some people call a mural with his likeness a big miss.

Some people have a passion for paint on the side of the South Plaza Shopping Center in Macon.

Jason Aldean from his hometown is accompanied by Otis Redding and the Reverend Pearly Brown.

Jimmy Carter is a syndicated entertainment reporter, and he says the internet recently lit up like a big green tractor over the man in a cowboy hat.

“I think it’s his eyes that make him look more like the ‘Beavis and Butthead’ character,” Carter suggested.

“I love the hate,” she said with a big grin. “I laughed when he said his dad said I made him dirty.”

When friends asked her to paint Aldean on the side of their store, she said, “Of course.”

That happened a year ago.

“I did it in the rain — in two hours because of the rain — and I got on top of my truck and did it, and I put my heart into it and I was so proud when it was done. Nobody could take that off me,’ she said proudly.

Bussey believes her art isn’t everyone’s cup of tea, but she also thinks people talk about what she’s made.

“I saw that people have an opinion – everyone is entitled to their opinion and I’m like, ‘That’s life,’ and in life people either love us or hate us,” Bussey said.

You can’t argue with that.

She doesn’t know how long Aldean and the others will stay on the wall — the tenants have moved — but she knows she’s made one of the town’s favorite sons a little more famous.

‘I get it. I think she did a good job and I think he should just be glad someone wants to remember him,” Carter exclaimed.

Shamika has a meet-and-greet at South Plaza this Saturday from 10 a.m. to noon.

She says she will have prints of the mural for sale.

The plaza is located on Pio Nono Avenue near Rocky Creek Road.