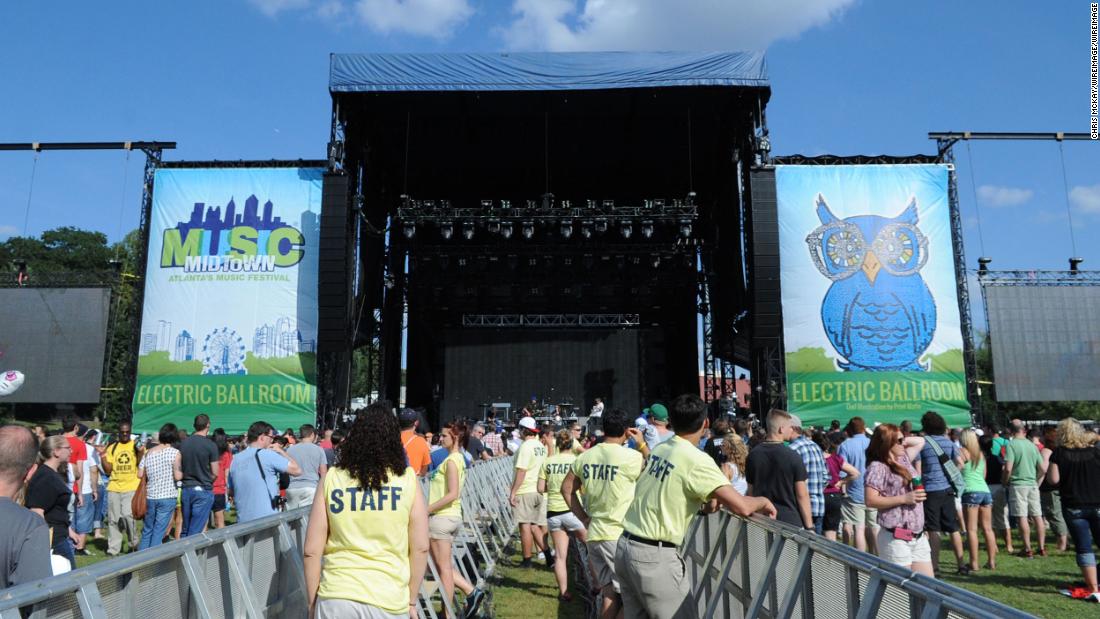 While organizers did not give a reason for the festival’s cancellation, several media reports citing industry and festival sources said the cancellation was due to a recent interpretation of Georgia’s gun law, which allows firearms in public areas, including parks.

According to the festival’s website, weapons and explosives of any kind are prohibited at the festival. Gun rights advocates had mounted a campaign of pressure against that position, calling into question the festival’s ability to restrict firearms as Georgia allows guns to be carried in parks.

Phil Evans, a Georgia gun attorney, told CNN he emailed festival organizers in May to notify them of Georgia gun laws and a Georgia Supreme Court case over guns to which he was a party. Evans said he also asked the city of Atlanta to deny a permit for Live Nation for Music Midtown, given the festival’s firearms ban.

In the May 13 email, Evans asked the city to deny the permit “because they have publicly stated their intent to violate standing state law.”

“The City of Atlanta must respect and enforce state law when dealing with entities using taxpayer property seeking to monetize such uses, or even otherwise,” the email read.

The event scheduled for September 17-18 at Piedmont Park was canceled “due to circumstances beyond our control,” the organizer said in a tweet.

According to the festival website, the music festival would feature a “diverse lineup of more than 30 artists on 4 stages”, including My Chemical Romance, Future, Jack White and Fall Out Boy.

“We were looking forward to reuniting in September and hope we can all enjoy the festival together again soon,” the organizers said.

Last year’s festival drew some 50,000 people and featured performances by Miley Cyrus, the Jonas Brothers and Maroon 5, according to the Atlanta Journal Constitution.

Atlanta City Council chairman Doug Shipman said it was a “sad day” after the cancellation was announced.

“Government policies have real impact and in this case economic and social impact on a great tradition,” Shipman tweeted.

Ticket refunds will be processed automatically within the next 24 hours, organizers said.