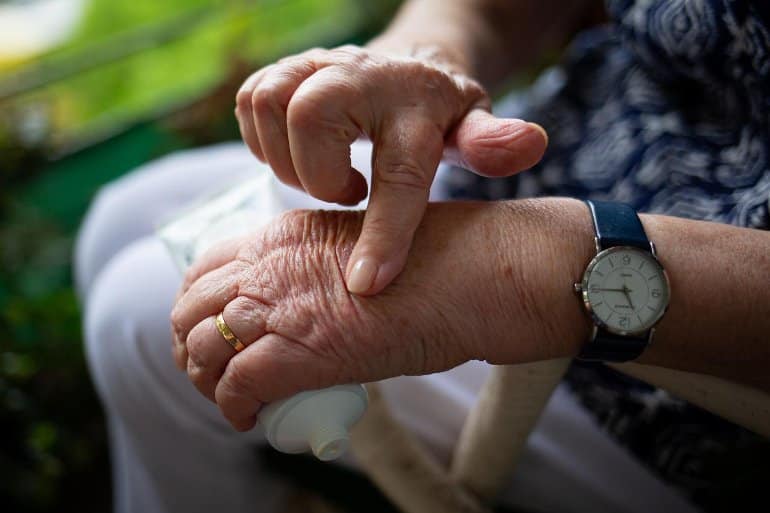 Rheumatoid arthritis is a chronic inflammatory autoimmune disease that primarily affects joints. One of the main features of this disease is distant inflammation, where the inflammation spreads from one joint to another.

Research has shown that neural circuits, or cells that have migrated from the joints, are involved in the spread of inflammation, but the detailed mechanism by which this happens has not been elucidated.

A team of researchers from Japan and the US, led by Professor Masaaki Murakami of Hokkaido University, has revealed that distant inflammation spreads through neuronal crosstalk and that adenosine triphosphate (ATP) plays a key role in this process.

Their findings, published in the Journal of Experimental Medicinemay lead to new therapies and treatments for inflammatory diseases.

Inflammation is part of the natural immune response that occurs in response to infection or irritation. It is a process in which the immune system, involving immune cells, blood vessels and molecular mediators, tries to clear the pathogens and damaged cells and then repair the damage.

However, excessive inflammation is a condition in itself and is seen in diseases such as hay fever, atherosclerosis, psoriasis and rheumatoid arthritis.

In this study, the authors used previous observations of the gateway reflex — an immune response mechanism in which specific neural signals alter the state of specific blood vessels to allow immune cells to invade tissue, leading to local inflammation — to hypothesize that neural crosstalk could be responsible for inflammation. at a distance.

They tested this hypothesis through experiments in rheumatoid arthritis models in mice. The mice were divided into control and test groups. In the test groups, the sensory neural circuits between the left and right ankle joints were interrupted. Arthritis of the left ankle was then induced in both sets of mice and the spread of arthritis to the right ankle was observed.

Since this study was conducted in mouse models, it is necessary to determine whether the findings apply to rheumatoid arthritis and other chronic inflammatory diseases in humans. If so, it could be a therapeutic target for several diseases with spreading inflammation.

About this research news on inflammation and rheumatoid arthritis

Neural circuits between lesions are a mechanism by which local inflammation spreads to distant positions.

Here we show that the inflammatory signal is propagated from one side of the joint to the other via sensory neuron-interneuron crosstalk, with ATP in the nucleus.

Surgical ablation or pharmacological inhibition of this neural pathway prevented the development of inflammation on the other hand.

Mechanistic analysis showed that ATP serves as both a neurotransmitter and an inflammation enhancer, thus acting as an intermediary between the local inflammation and the neural pathway that induces inflammation on the other side.

These results suggest that blockade of this neural pathway, termed the external inflammation gateway reflex, may have therapeutic value for inflammatory diseases, particularly those, such as rheumatoid arthritis, where the inflammation spreads to distant positions.