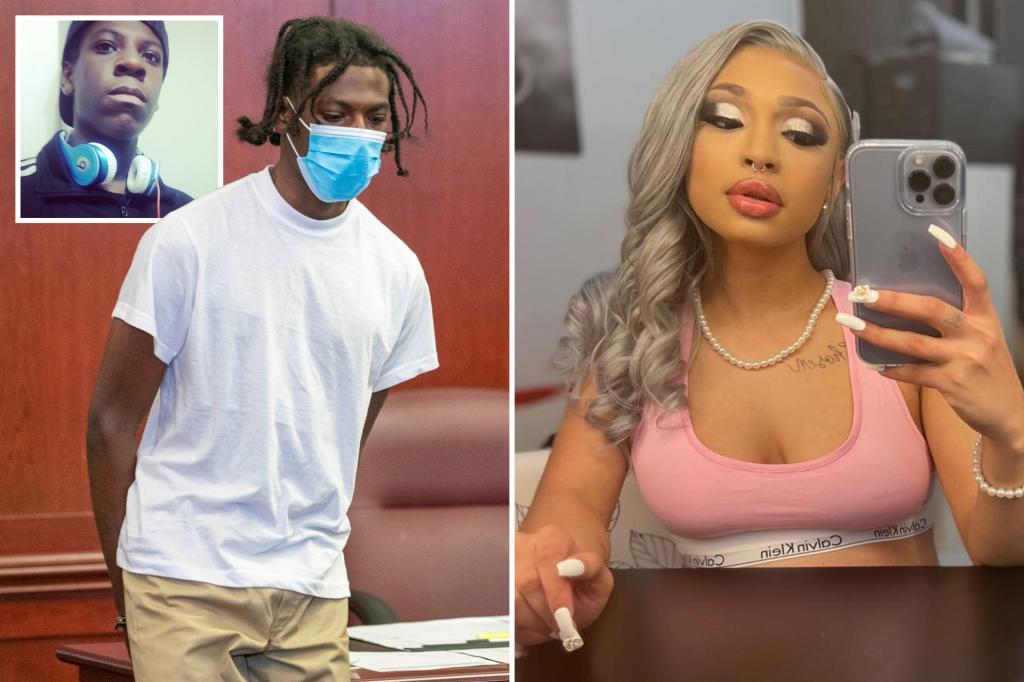 The mother of the young woman who was shot while pushing her baby in a stroller on the Upper East Side yelled “disgusting!” on seeing her daughter’s accused murderer in Manhattan court on Wednesday.

The emotional outburst came before Isaac Argro, 22, pleaded not guilty to charges that charged him with murder and criminal possession of a weapon for the cold-blooded murder of his ex-girlfriend Azsia Johnson.

Argro reportedly shot 20-year-old Johnson in the head at close range as she pushed their 3-month-old daughter into a stroller last month – in what prosecutors say was a “premeditated execution”.

DeSort sat on the gallery with her daughters and grandchildren, swaying as she watched the event. She made the sign of the cross and had her hands folded as if praying during the trial.

Johnson and Argro’s baby was not in court and DeSor declined to say where the baby was due to safety concerns.

“As a mother, this is difficult. I have so many kids, ten: seven girls and three boys,” DeSort later told The Post. “Keeping them together and keeping everyone. If I want to cry, I can’t. If I want to breathe, I can’t. As soon as I start, they start.”

Argro allegedly lured Johnson to meet him on the evening of June 29 by telling her he would give her items for their daughter. The young mother of two sent text messages to her sister describing where she met her ex and what he was wearing, which matched the 911 descriptions after the shooting, prosecutors said.

“This case is a premeditated execution,” Assistant Prosecutor Atalanta Mihas said in court. “[Argro] arrived all in black with a ski mask over his face and a black outfit – one outfit indicated he had planned ahead and tried to hide his face.

When Argro met Johnson on East 95th Street between Lexington and Third Avenue, he had nothing for their daughter — and instead shot his baby’s mother in the face and fled, prosecutors say.

Later, Argro was caught on surveillance footage digging the clothes in an attempt to avoid arrest, prosecutors said.

The alleged killer later called Johnson’s family to ask about his daughter and even threatened another person Johnson knew that they were “next,” according to prosecutors.

District attorney Alvin Bragg said in a statement announcing the charges that the attack was a sickening “act of fatal domestic violence.”

“Committing this kind of murder in front of a baby is horrific, and I can’t imagine the pain Ms Johnson’s family and loved ones are experiencing. I want to make it clear that we are pursuing full accountability and justice in this matter.”

Argro’s next court hearing is scheduled for October 19.