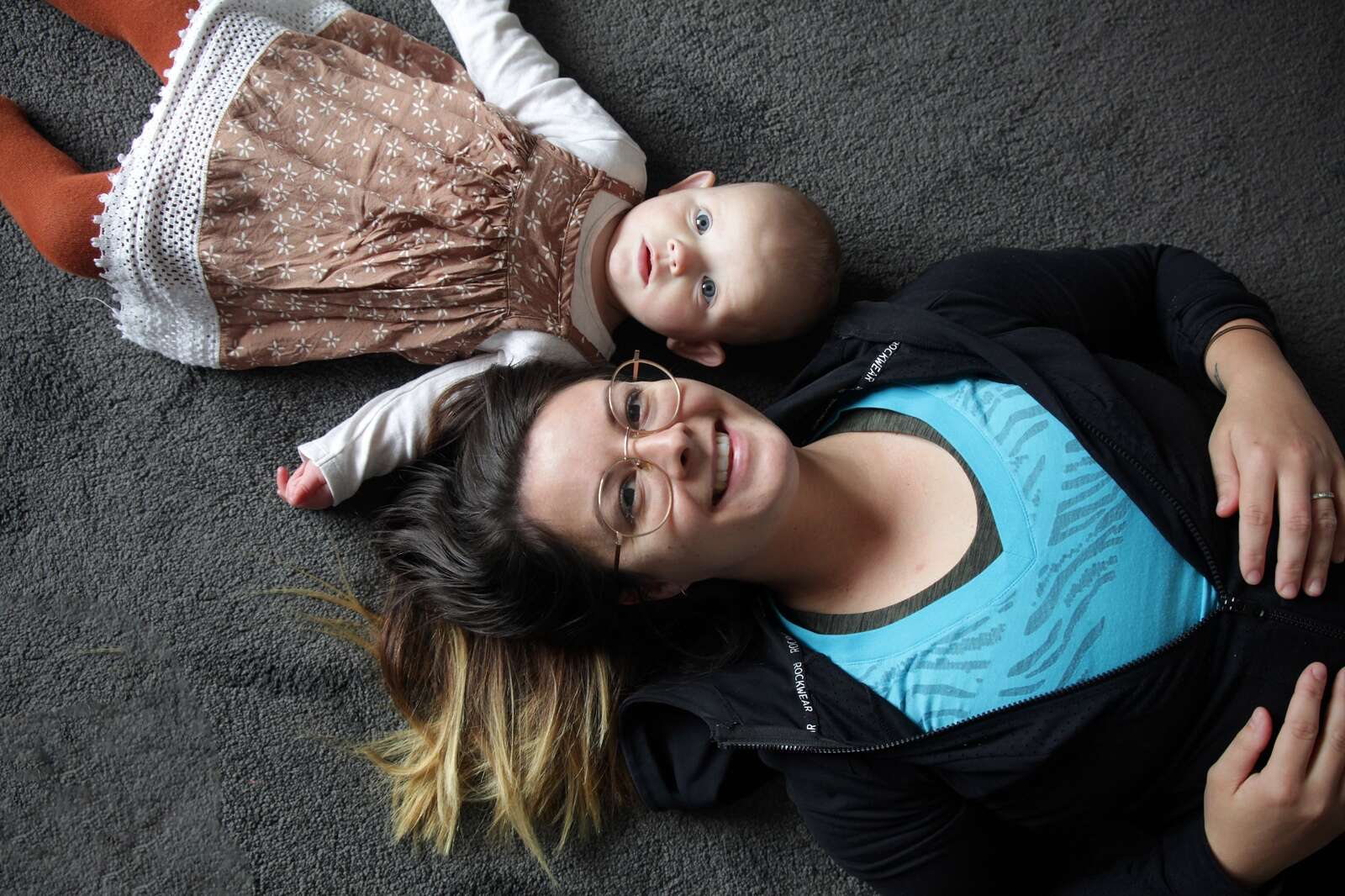 A day in the life of Shannon Fisher begins at 7am.

Nine-month-old daughter Riley has a bottle and Mrs. Fisher is drinking a cup of coffee.

Mrs. Fisher takes Riley to nursery and does a quick workout before going to work.

Days off are more relaxed, but still start early.

“I wake up and do the morning routine like any other day of the week,” Mrs. Fisher said.

“We usually go for a walk, come home and have lunch together and take another nap.”

She and her partner had been planning to have a baby for a while, before finally tying the knot.

“I’d say to everyone, if you’re going to do it, you better just do it and then do as much research as you can,” Ms. Fisher said.

“That way you feel prepared.”

And even though she’d read all the books before Riley arrived, she still wasn’t ready for the late nights.

“I thought maybe that would get better after I had her, but it didn’t.”

In Mrs. Fisher’s eyes, Mother’s Day is the day to spoil mothers – and set them free in the morning.

“Although I’m not relaxing,” she said.

She also plays netball as part of the Unity Cup Ladies Day on Saturday, a weekend that will be a break from the routine for Ms. Fisher.

She’s back to work as a membership manager at Fernwood Fitness three days a week, describing her life as a “magic”.

“When I’m at work I wish I was with her, and when I’m with her I sometimes think about work,” she said.

“It’s about being able to leave things behind until I’m next.”

And while life is still busy, Mrs. Fisher can’t imagine life without Riley.

“I couldn’t see myself as no mother now,” she said.

“I loved having her. I love taking care of her, hugging her and watching her grow up.”