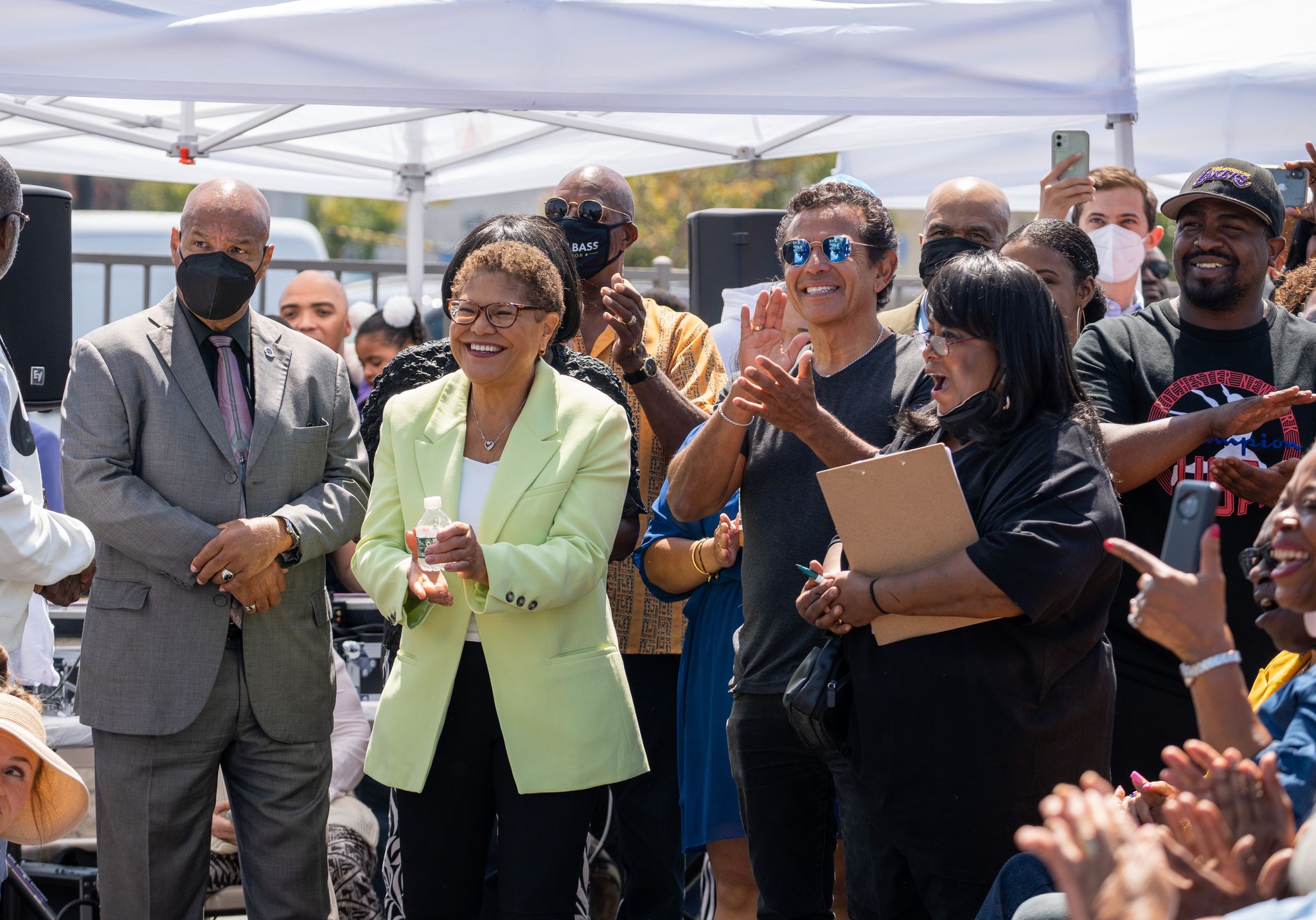 Hundreds of supporters gathered on La Brea and Obama Boulevards on Saturday, April 29, to help mayoral candidate Karen Bass open her campaign headquarters in Los Angeles and push for a June 7 victory.

Activists and advocates, including actress C, former LA Mayor Antonio Villaraigosa and Congresswoman Judy Chu urged attendees to “really get out, go door-to-door and get social media content out” for bass. The challenges in Los Angeles, they said, will require the kind of leadership the old politician has been capable of.

A Los Angeles native, Bass developed a passion for activism as a child during the civil rights era and volunteered for Bobby Kennedy’s presidential campaign while in high school. She attended San Diego State University, where she majored in philosophy and graduated from the Physician Assistant program at USC’s Keck School of Medicine.

In the 1980s, the black and Latino communities of Los Angeles were gripped by one of the worst drug epidemics in American history, and Bass made the decision to confront her city’s problem. She and other local activists founded Community Coalition at the time, an organization dedicated to tackling the crime, poverty and health problems caused by the drug, more specifically the crack era.

Bass said she was so affected by the crack era that Sam Cooke’s song “A Change is Gonna Come” helped her through at the time.

R&B singer Aloe Blacc honored Bass with a rendition of the song during Saturday’s event.

From her work with the coalition influencing government policy, Bass transitioned to the State Assembly in 2004. Until 2008, she served Culver City, West Los Angeles, Westwood, Cheviot Hills, Leimert Park, Baldwin Hills, View Park-Windsor Hills, Ladera Heights, the Crenshaw District, Little Ethiopia and parts of Koreatown and South Los Angeles. She was elected to the United States House of Representatives in 2010.

“The sun is shining on LA,” Woodard told the crowd. “Karen Bass has come home. She has come home after consistently legislating on our behalf. She came home because she saw her childhood home on fire and she is a first responder.”

In her candidacy announcement, Bass said she would focus on the public health, security, housing and economic crises currently affecting the city. She repeated that for Saturday’s audience, emphasizing cohesion as the only way to tackle LA’s challenges.

“We have to reject the idea that our city is failing,” Bass said.

“We can fix all of this. We can get people off the street, we can protect the environment… We are going to do this together.”

Bass and former LA Mayor Antonio Villaraigosa at the opening of its campaign headquarters. (thanks to photo)