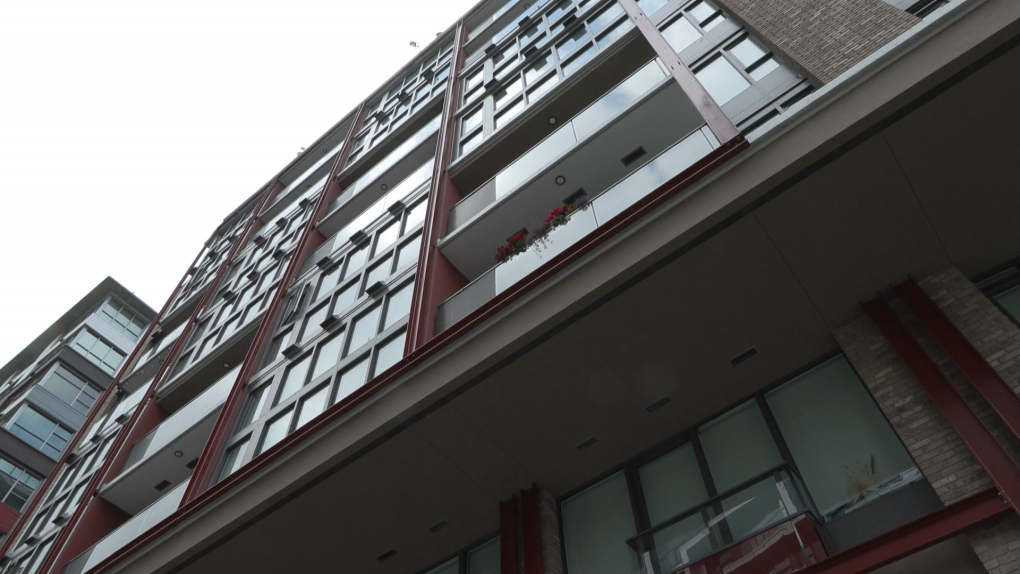 Some tenants in a rental building in Vancouver say they had to walk up and down ten flights of stairs several times a day during the recent heat wave.

“I have an older dog and a baby under one. It was very difficult to get out,” says Klara Chen, who lives on the top floor of the Olympic Village high-rise.

“I can’t even go out with both at once.”

She lives in The Wilkinson, a ten-storey tower on Cook Street.

Both of the building’s elevators were completely out of service over the holiday weekend, with only one working intermittently for a few days prior.

Holly Keenan lives on the ninth floor with her husband who is in a wheelchair and unable to leave the house at all.

“He feels like a prisoner. It was tempting to just go to a hotel at this point. But that will be very expensive,” she says.

Although the problem came to a head last week, residents say the one-year-old building has been plagued by elevator problems for a long time.

“In recent months, probably starting around February or January, the one on the right has only worked intermittently,” Chen said.

Tenants who spoke to CTV News say they don’t feel the management company made repairing the original faulty elevator a priority and wonder if they would be in this position if they did.

“It’s hard to say if it’s even been a priority because we haven’t received any communication at all about that elevator for the past six months,” Keenan said. “Repeated calls and texts to the manager and landlord simply went unanswered.”

Cressey Development Group, which manages the building, has declined an interview request, but a company representative said it has been working diligently to get the elevators up and running.

But because the problems appear to be chronic, tenants say that even if the elevators appear to be working normally, they don’t feel safe.

“I was in that elevator myself. Who knows how long that will take?” said Tasha Davidson, a resident of the tenth floor. “Are they safe? Are they reliable now? Is this something that will happen again in two weeks?”

As of Tuesday, one of the elevators was working intermittently again – while the other remained completely out of service.