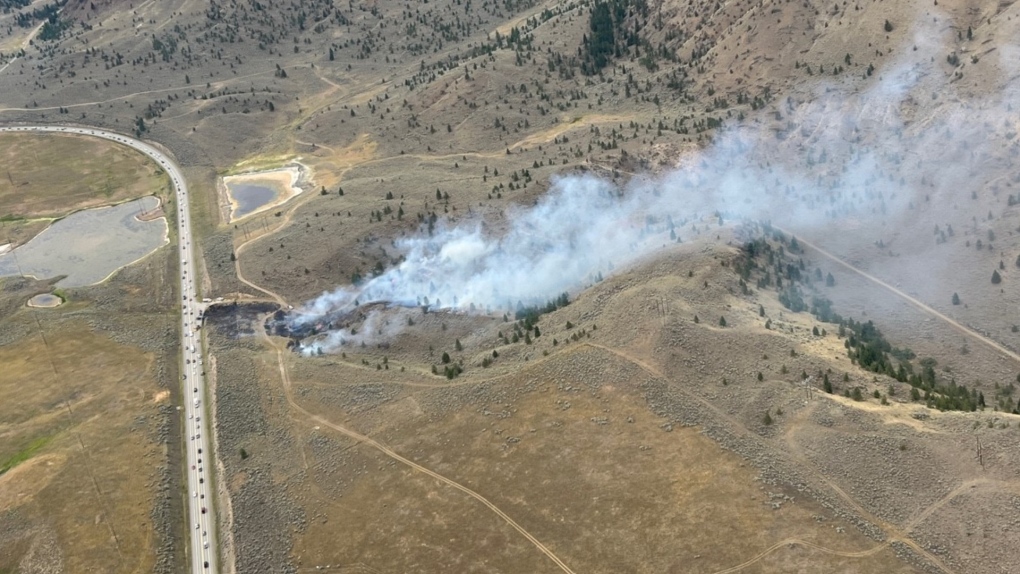 A new wildfire near Kamloops is expected to affect traffic on the Trans-Canada Highway on BC Day.

The BC Wildfire Service said in a tweet that the Polygon Pond Wildfire ignited on Monday 7.5 kilometers west of Kamloops.

“The bushfire is currently estimated at one acre and is burning next to Highway 1. BCWS ground crews and a helicopter are on the scene and air tankers are en route. Kamloops Fire Rescue and New Afton Fire Services are helping our crews,” the Twitter thread continued.

“This wildfire will be highly visible to Highway 1, Highway 5, Coquihalla, Kamloops and surrounding areas. This wildfire is expected to affect traffic on Highway 1.”

Meanwhile, drivers heading inland on the last day of the long weekend are also being told to prepare for lengthy delays along Highway 5.

According to DriveBC, people traveling on the route between Hope and Merritt — which is still under construction after last year’s devastating floods — could take an extra two hours at peak times.