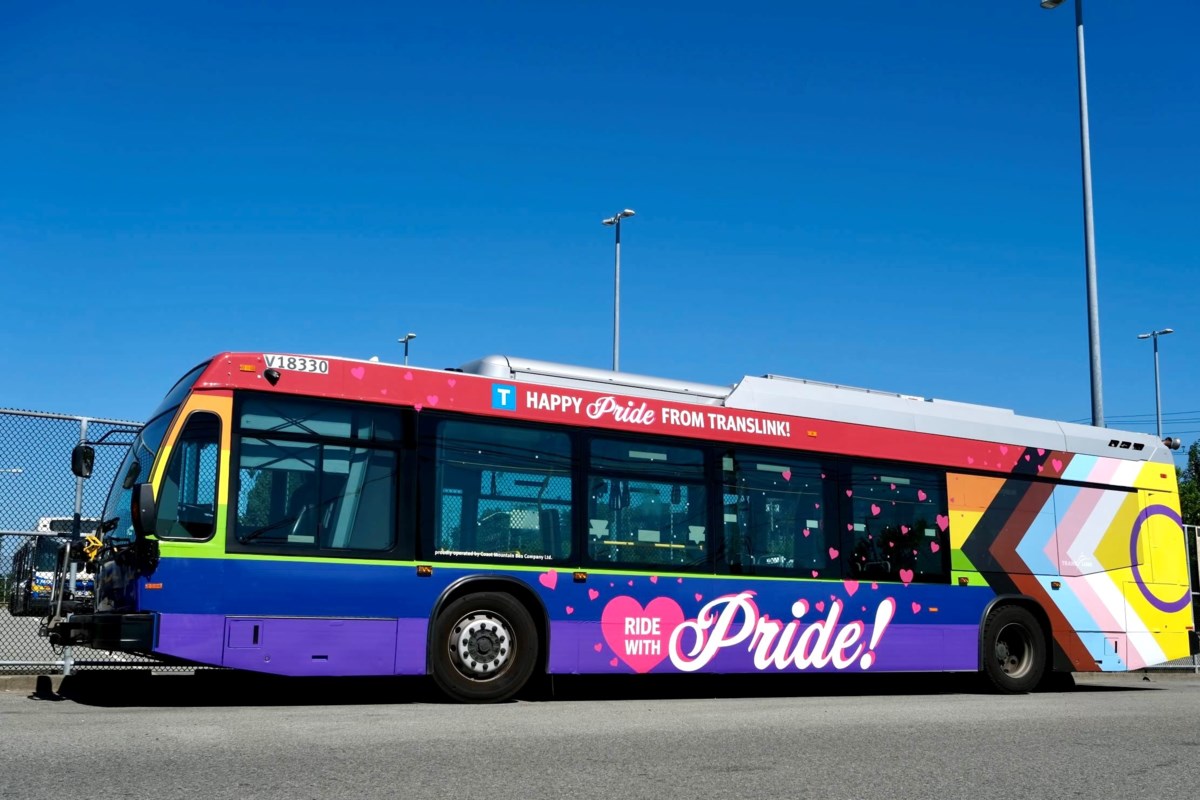 There are many brightly colored buses in Vancouver thanks to creative marketing teams, but a unique one has just hit the streets.

TransLink has once again sent out their PrideBus, decorated in a new rainbow flag-esque design. The bus has been running and will continue to run on regular routes throughout the summer, except for July 31, when it is part of the annual Vancouver Pride Parade.

“Keep an eye out for TransLink’s PrideBus during our festival on the streets of Vancouver!” said Vancouver Pride Society Interim Executive Director Lee Keple in a press release.

Coming up this weekend, the parade will wreak havoc on West End traffic on July 31 as it runs along Beach Avenue (near Jervis Street) to Denman Street before heading east along Robson Street. and ends at Jervis. Together with parking places, it will block a large part of the neighbourhood.

Due to the parade, TransLink is also noting some route changes for the event on Sunday.

“As a result (of the parade) there will be limited service to the west side of downtown Vancouver and customers will need to schedule additional travel time,” Translink said in the release. “There will be no bus service along Robson Street, Denman Street or Beach Avenue.”

At the same time, there are other service changes only for July 31, with more buses at Burrard Station and Lonsdale Quay and more service on the Expo and Millennium Lines. To help plan travel, Translink suggests their travel planner.