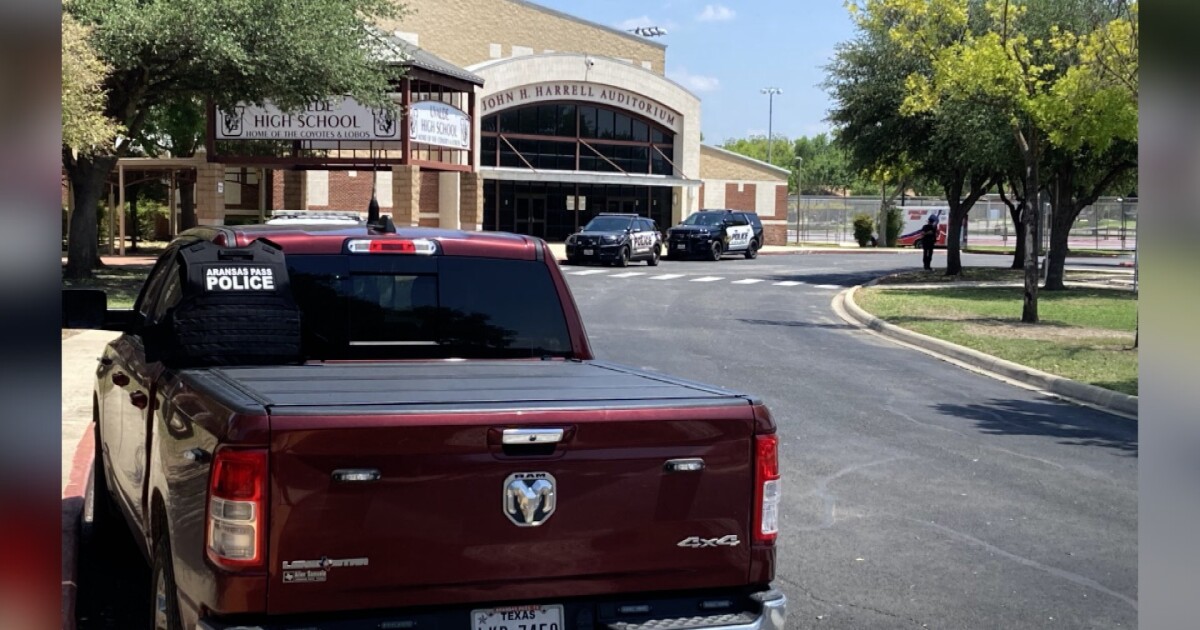 “Being a small agency ourselves, we know how overwhelming such a critical incident can be,” Bishop Police Chief Edward Day said. “We would hope that, God forbid we found ourselves in a situation, would get the same answer. So we sent what we could.”

Bishop PD sent two officers and a dispatcher this weekend to assist in Uvalde.

“I can’t imagine the devastation and grief they’re dealing with, and I know it wasn’t a whole lot of help, but I hope the little bit we’ve done has helped that community in some way.” said Day.

“My main concern was not only that the streets of Uvalde were covered, but that we were there to support the citizens of Uvalde and Uvalde County,” McCarty said.

McCarty said the people of Uvalde were grateful for the help of law enforcement agencies across the state.

“Every citizen I’ve talked to, even” [family] of the deceased, were very grateful,” he said. “It is overwhelming, emotional, to see the site and the reactions of the citizens. I can’t get the words out.”

McCarty said he was eager to help, especially as he knew the importance of extra help in times of need. It was aid Aransas Pass and Rockport benefited from tracking Hurricane Harvey.

APPD police chief Eric Blanchard said that because of the response after Harvey, he too knew the importance of providing support for Uvalde, especially with prominent figures such as Governor Greg Abbott and President Joe Biden in the city.

“That also requires a special focus and extra security, when you have politicians like the president there,” Blanchard said. “It just adds an extra layer of complexity.”

“We had to evacuate that campus, we had to search that campus carefully and go in,” he said. “It’s a huge undertaking, if you have an active threat on foot, and law enforcement and public safety have to work together to respond to it.”

McCarty helped with a security detail for Abbott and worked from the command center in Uvalde. He said by the time he left Sunday night, there were 273 police officers from 73 agencies in Texas and Oklahoma.