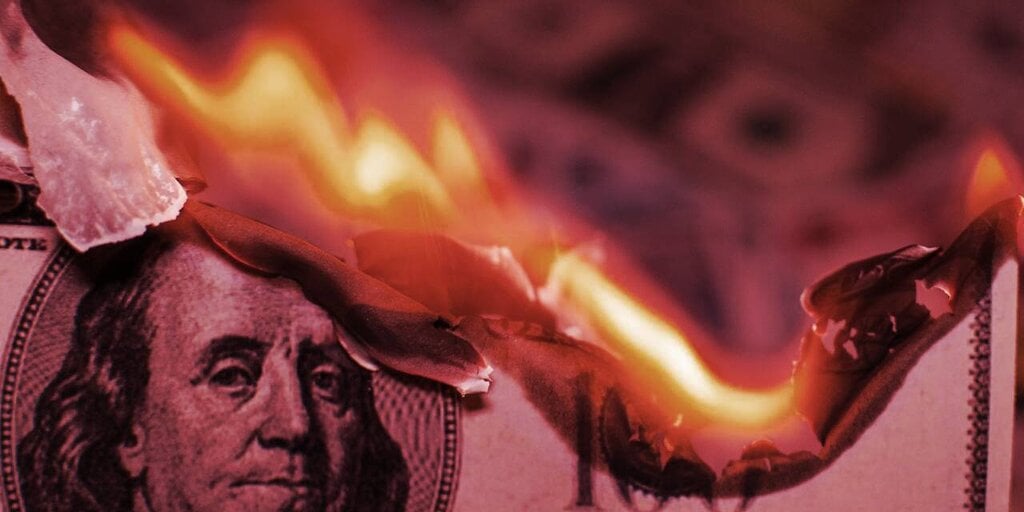 Inflation accelerated again in May after slowing in April, which could negatively affect cryptocurrency markets that were already reeling from the Federal Reserve’s tighter monetary policy.

The consumer price index (CPI) rose 8.6% in the 12 months to May, which is the largest 12-month increase since December 1981, the Bureau of Labor Statistics (BLS) reported Friday.

The biggest monthly gains for CPI, an index that tracks price movements for a wide variety of goods and services, came from shelter, food and gasoline. After a dip in April, the energy index rose by 3.9% on a monthly basis. The electricity index is up 1.3% in May, indicating that the price of electricity has increased by 12% in the past year, which will increase the cost of cryptocurrency mining.

If the Fed becomes more aggressive in raising interest rates, it could lure institutional investors further out of the cryptocurrency market as they look for less volatile investments in treasury bills and bonds. A sell-off would be bad for the prices of most digital assets.

Today, the broader crypto market took a hit around the same time as the release of the BLS report. Bitcoin decreased by 4.2% and Ethereum is down more than 7% in the past 24 hours, according to CoinMarketCap.

Other cryptocurrencies were hit harder, including: Solana (-9%), Avalanche (decrease of 10%), and cardanowhich has fallen by more than 11% over the course of the past day.

“We have already seen institutional investment slowing and the trend is likely to continue,” said Lucas Outumuro, head of research at IntoTheBlock, a data science firm specializing in crypto markets. Bitcoin has not been an effective inflation hedge until now, as many believed, which was one of the key stories pushing it forward last year. However, today’s price action shows Bitcoin is falling less than the Nasdaq and S&P, so if this trend continues, institutions will be able to reconsider their position.”

Inflation is forcing households to be more conscious about how they spend their money, especially affecting lower-income people who spend a larger proportion of their budget on basic necessities such as food and rent. Tighter budgets can dampen demand for digital assets.

The Fed is on a tightrope as it raises interest rates, making it more expensive to borrow in a bid to cool consumer spending and the economy. Raising interest rates too aggressively could send the economy into recession, and the latest report gives them less breathing room.

Higher interest rates also make it more expensive for most companies to expand, which has a pronounced effect on the growth of technology companies. Bitcoin’s price is increasingly correlated with technology stocks traded on Wall Street, according to a report published in April by Arcane Research. That pattern continued through June, according to data from blockchain analytics company Chainalysis.

Do you want to become a crypto expert? Get the best of Decrypt straight to your inbox.

Get the biggest crypto news stories + weekly roundups and more!