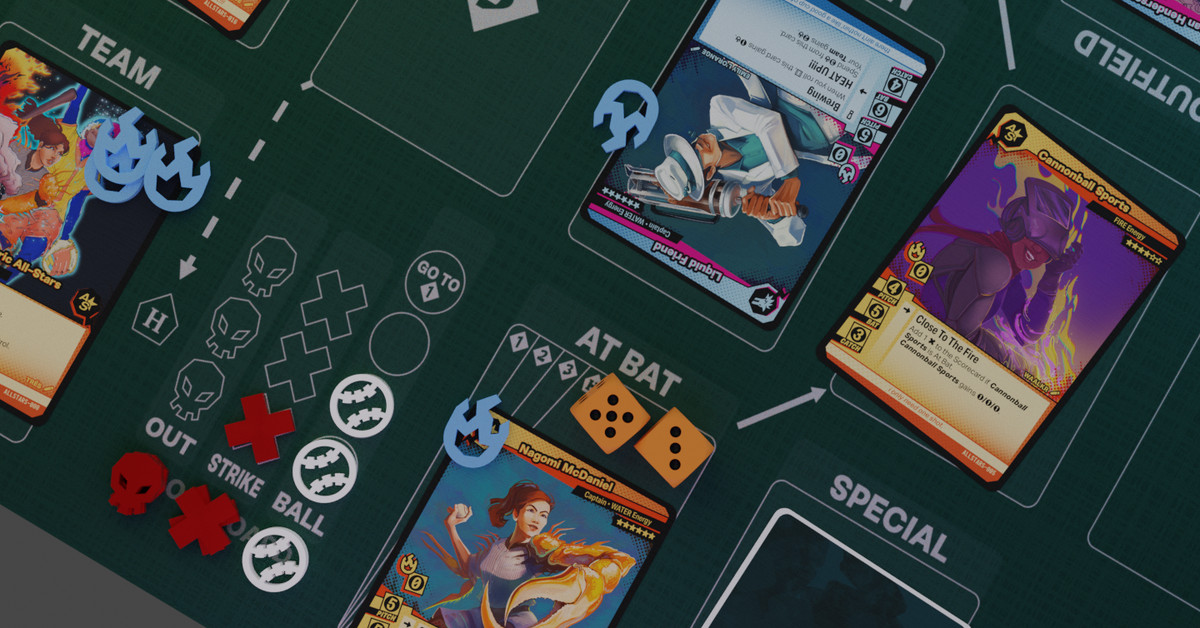 You may have heard of it Blaseball, the online game where players can suddenly turn into peanuts, fans try to burn rival stars and participants plot to obtain blessings from the gods. It’s a wild, surreal game and it’s getting a new format: a two-player card game. Blaseball: the card game is now live on crowdfunding site Gamefound, where players can see what the project entails.

A deck of cards is a natural fit for Blaseball, a game inspired by baseball and its own collectible cards. It also gives the developer a chance to delve into the backstory of some of these blaseball players, which are largely shrouded in mystery and exist in fan canons and speculation. That’s not to say that the information on these cards is strictly canon; they are more popular interpretations subject to change in the ever-flowing, utterly bizarre world of Blaseball†

Wayfinder Games has released a small selection of cards, including stars like Jaylen Hotdogfingers, the first player to both die and be resurrected – with a huge debt. Landry Violence inspired the mantra ‘RIV’ or ‘Rest in Violence’, while Ayanna Dumpington is known for being an inspiration and cheerleader for her teammates. York Silk is a young upstart with expensive designer items, including bats with swords and guns in it. Kelvin Drumsolo is a speed demon and braggart, and friend Monreal is the heartthrob of the competition who receives piles of fan mail. It’s an eclectic crew of wild characters.

Blaseball: the card gameThe developer’s crowdfunding campaign, in which the developer is seeking $31,233 to produce and publish the game, also has a series of stretch targets with booster packs. More Blaseball stars could make the jump to the game depending on fan interest and the success of the crowdfunding.