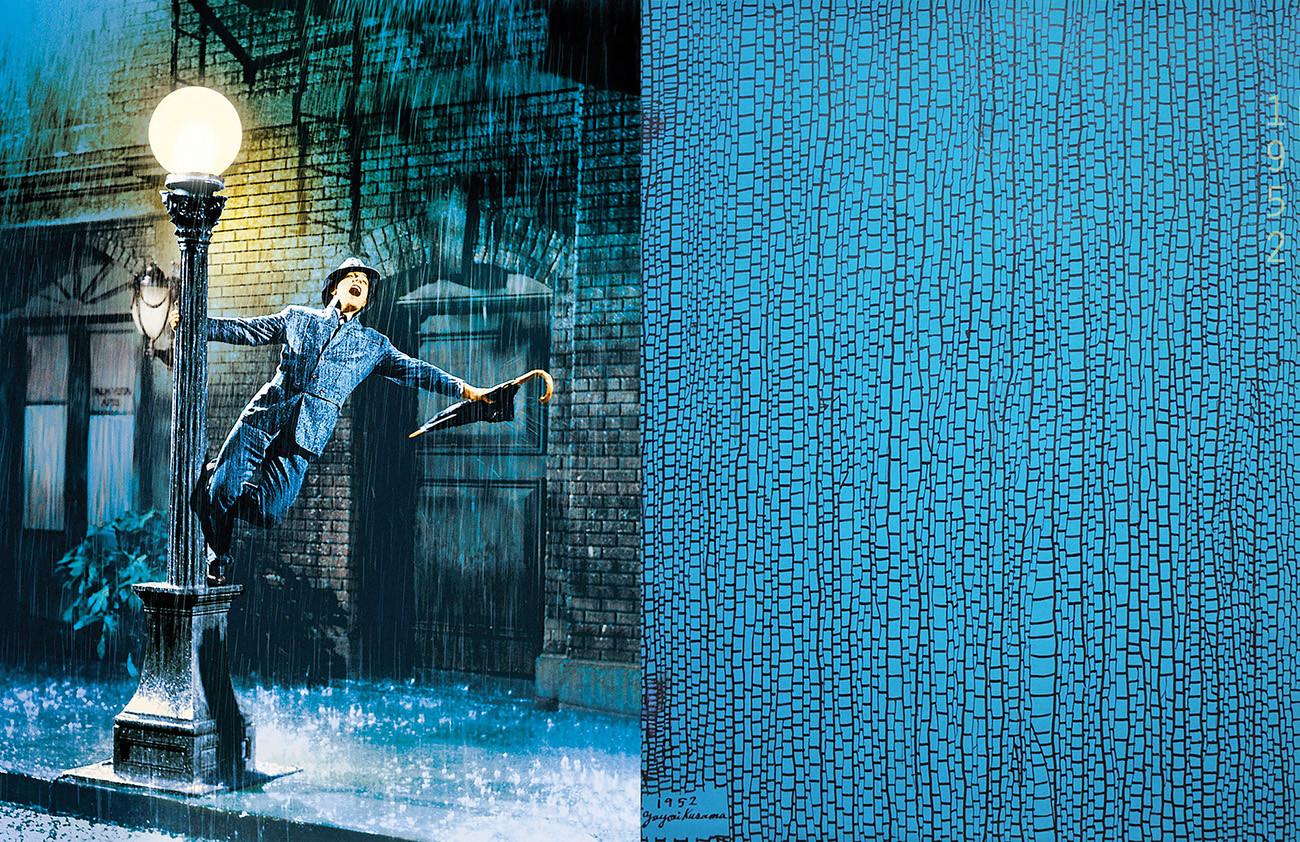 Now on display on Boca Raton Art Museum, Bonnie Lautenberg channels the creative zeitgeist between filmmakers and artists during each year she intuitively describes, starting in 1928 to 2020.

The new exhibition “Art meets Hollywood” is the museum premiere of Bonnie Lautenberg’s new series of digital collages, 28 diptychs in which scenes from famous films are combined with iconic works of art. Lautenberg’s only rule for her experimental process is that both the film and the artwork were created in the same year.

Lautenberg plays matchmaker for the 1957 film Funny Face by combining Audrey Hepburn’s bold pose with Clifford Still’s painting PH971 – both majestic and glamorous. Viewed together in the museum room in this way, the combination seems perfectly logical, as if they were made for each other. In another work in this series, the terrifying scene she selects from the 1975 film Jaws literally screams above a painting by Willem De Koning that conjures blood in the water below. Her combinations can also be surprising and intriguing: who would have thought that Paul Newman’s 1963 scene from the classic film Hud would look so ideal next to Warhol’s groundbreaking painting of Elvis from the same year?

“Bringing together images that she feels are talking to each other, Lautenberg takes us on her colorful journey to discover how these two art forms have amazing parallels and are beautifully combined,” says Irvin Lippman. “Through her careful considerations, she brings to life every moment in time and the spark of creativity these combinations may have shared. Lautenberg has a keen eye for the visual elements of humanity and culture that arise. The brilliance of these juxtapositions is how they highlight the psychological connections between each movie scene and each piece of art.”

During the past five years working on this series, Lautenberg made a crucial discovery: the artist Lucio Fontana was so moved by the Antonioni film Red Desert that he created one of his largest red paintings, influenced by what he saw on the large screen (pictured left). “This solidified my faith,” says Bonnie Lautenberg.

“Throughout art history, artists have always been influenced by some force in the world around them. I started thinking about how artists working in different art forms might have influenced each other. I decided to explore how one art form can influence another,” Lautenberg adds.

Lautenberg is an artist, photographer and writer based in New York and Palm Beach. Over the past 30 years, her works have been featured in gallery shows, museums, and art fairs across the United States.

Lautenberg’s work is currently on display at the New York Historical Society’s Center for the Study of American Culture.

Some of Lautenberg’s combinations in this series at the Boca Raton Museum also stem from her own personal history. In the 1960s, her father bought Stuart Davis’ 1940s painting for Six Colors ‒ 7th Avenue Style. In this combination, she places the Davis painting next to a scene from the 1940 film The Philadelphia Story (pictured right). Lautenberg admired this painting at home during her childhood and the family sold the painting some 25 years later. The work was eventually donated to the Boston Museum of Fine Art. Years later, Lautenberg was reunited with the painting when she visited the museum and she was encouraged to see that it was still in the same frame as it had hung over their family hearth for many years.

This new South Florida exhibit, Art meets Hollywoodopened at the Boca Raton Museum of Art concurrently with another celebration of movies and art, Art of the Hollywood Background: The Creative Legacy of Cinema. Both shows together at the Museum are a dream come true for cinephiles.

Bonnie Lautenberg is an esteemed artist, photographer and writer. Her work has recently been shown at the Jean Albano Gallery in Chicago and at David Benrimon Fine Art in New York, in the Rethinking America exhibition, alongside works by Warhol, Lichtenstein, Longo, Kass and Ed Ruscha. To view her artwork and photography, visit BonnieLautenberg.com where the artist displays photos she has taken over the past 25 years in Israel, Antarctica, Cuba and around the world.