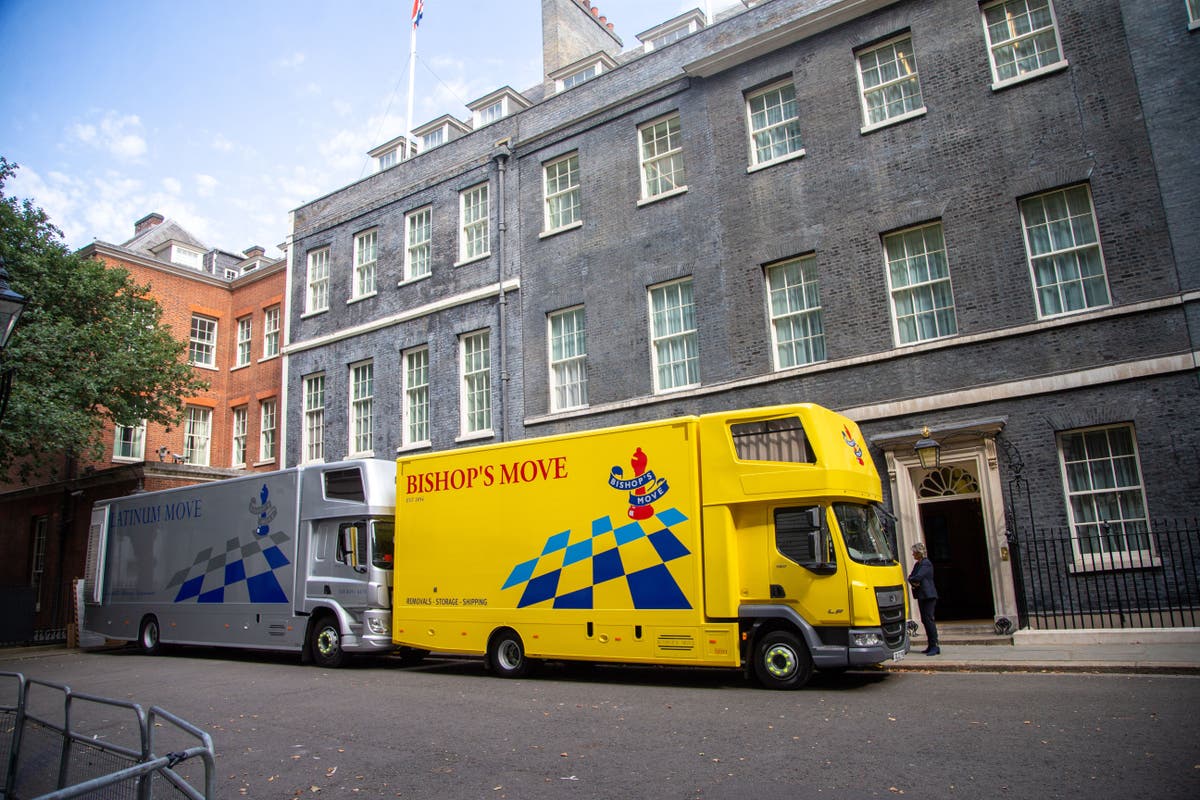 Boris Johnson will only work on his second summer vacation if it’s “urgent,” No. 10 has admitted — when two huge moving vans arrived at the famous front door.

The outgoing prime minister will not receive official papers during his week in Greece, his spokesman said, just hours after a senior Tory claimed he would “go through his red box”.

Johnson has been criticized for taking a second vacation in August, but the spokesman declined to say why he didn’t wait until after his September 5 departure.

Meanwhile, two large removal vans were parked outside No. 10, sparking speculation that the Prime Minister will leave his lavishly refurbished flat with a large amount of furniture.

He gets to take all the fittings he paid for himself – although many were originally funded by a wealthy Tory donor – raising questions about the infamous gold wallpaper of £840 a roll.

The spokesman also could not say whether Johnson will return to Downing Street to live from next week, for the last two weeks of his premiership.

The second holiday was revealed when the prime minister was spotted with his wife Carrie at a supermarket in Nea Makri, a town east of Athens.

But the former Northern Ireland secretary, Brandon Lewis, has denied that he has “thrown in the towel” by going back abroad after an earlier break at a spa in Slovenia.

“I can assure you he will still go through inboxes,” he told LBC radioand added: “Being out of the country does not mean that the prime minister will stop working.”

But Mr Johnson’s spokesman revealed he would not receive any red boxes, saying: “If urgent decisions need to be made, he will of course make them.”

“He is reachable, as you would expect, but he is on leave,” he added, pointing to “national security” as an area where he “would obviously be kept informed”.

Dominic Raab, the deputy prime minister, would act as a deputy at each meeting but, the spokesman said, “to my knowledge, no such meetings are currently planned”.

Labor has accused Mr Johnson of treating his last weeks in power as “one big party”, despite the looming cost of living from skyrocketing fuel bills.

No 10 has turned down calls for him to rally Tory leadership candidates, Liz Truss and Rishi Sunak, to work out a package of aid before the new prime minister takes over.

Asked if Mr Johnson’s vacation could have waited a few weeks, his spokesman said: “I can’t decide on the timing, but he is on leave this week. He’s coming back this weekend.”