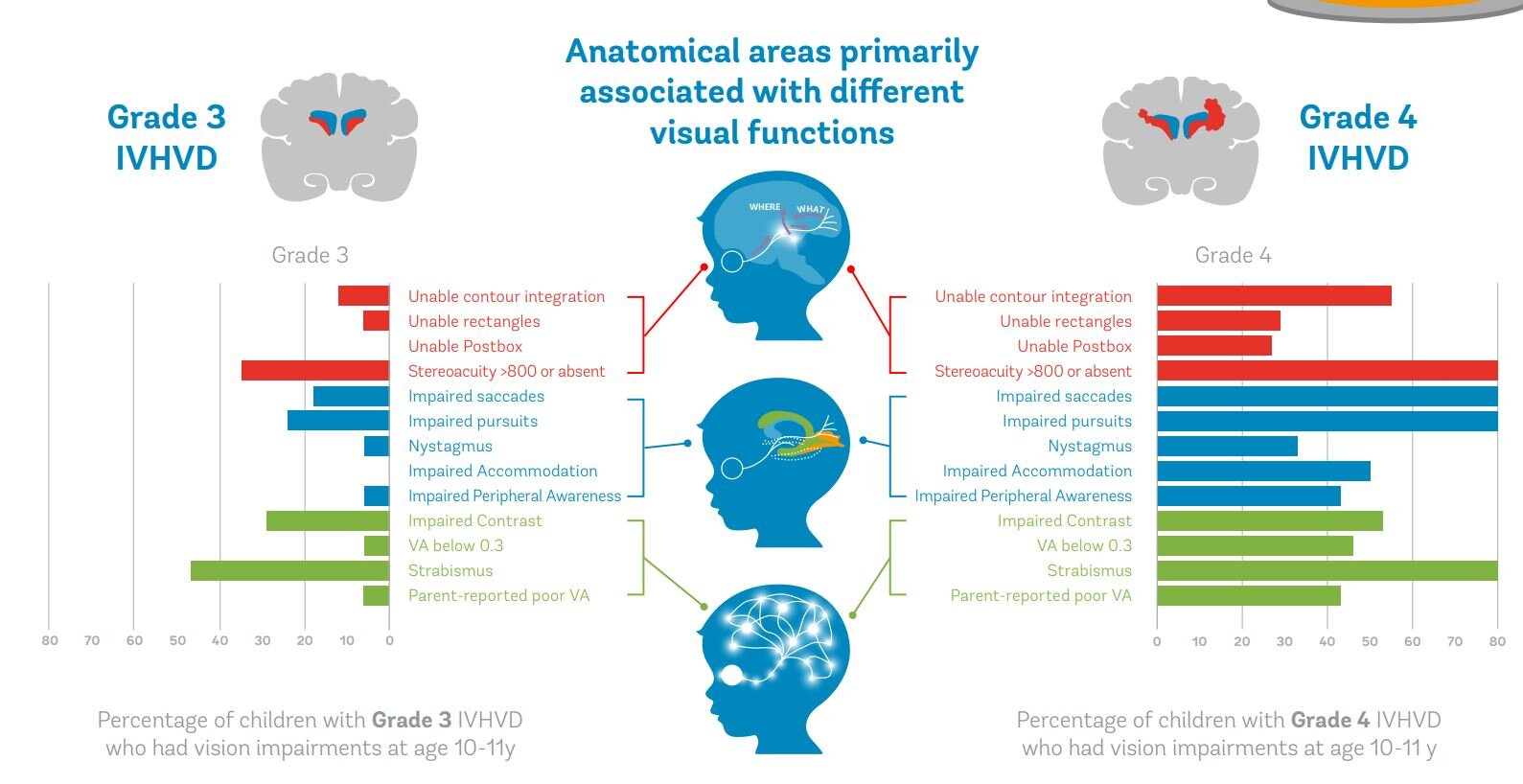 Severe “brain bleeding” experienced by some babies in the first year after birth leads to long-term vision problems, researchers at the University of Bristol found as part of a 10-year follow-up study.

The study, published in the journal Developmental Medicine and Pediatric Neurology Today [23 June]assessed 32 children who had detailed assessments at 10 to 11 years of age after experiencing grade 3 or 4 intraventricular hemorrhage (cerebral hemorrhage) and ventricular dilation (IVHVD) as part of a study called DRIFT10.

The DRIFT10 study was set up to investigate a “brainwashing” technique for brain haemorrhage called DRIFT (Drainage, Irrigation and Fibrinolytic Therapy). Developed by Bristol researchers, DRIFT is the first and only treatment that objectively benefits infants with severe brain haemorrhage by flushing out the ventricles in the brain to remove toxic fluid and reduce pressure.

The research team assessed 32 children from 10 to 11 years old. They examined whether the degree of IVHVD that infants experienced influenced their visual outcome at the end of their elementary school years and examined associations between visual outcomes with cognitive outcomes and with additional support at school.

The visual exams were part of a 10-year follow-up study for children in the original DRIFT randomized study. The testers followed a protocol and it was not known to them whether the child had experienced grade 3 or grade 4 IVHVD and any other data.

These vision problems in the children ten years later were often due to damage to the visual areas in the brain. These include difficulty moving the eyes accurately, detecting objects in the space around them, or having visually matching shapes or orientations of lines.

The children’s parents were not aware of these problems and usually indicated that their children could see normally as long as they wore glasses.

However, the researchers found that for every additional vision problem a child had, they were more likely to receive additional support in their learning. This suggests that the vision problems may have contributed to the learning difficulties of this group of children.

Cathy Williams, lead author of the study and Professor of Pediatric Ophthalmology at Bristol Medical School: Population Health Sciences and Consultant Pediatric Ophthalmologist at University Hospitals Bristol and Weston NHS Foundation Trust (UHBW), explains: “Our research suggests that all children who experience cerebral haemorrhage or similar problems, as babies must undergo eye tests to identify brain-related vision problems as they grow up so that appropriate support can be provided to see if it is helpful for them.

“In the future, researchers should be aware that parents who report normal vision may miss vision problems important to their children’s learning and development.”

Provided by the University of Bristol