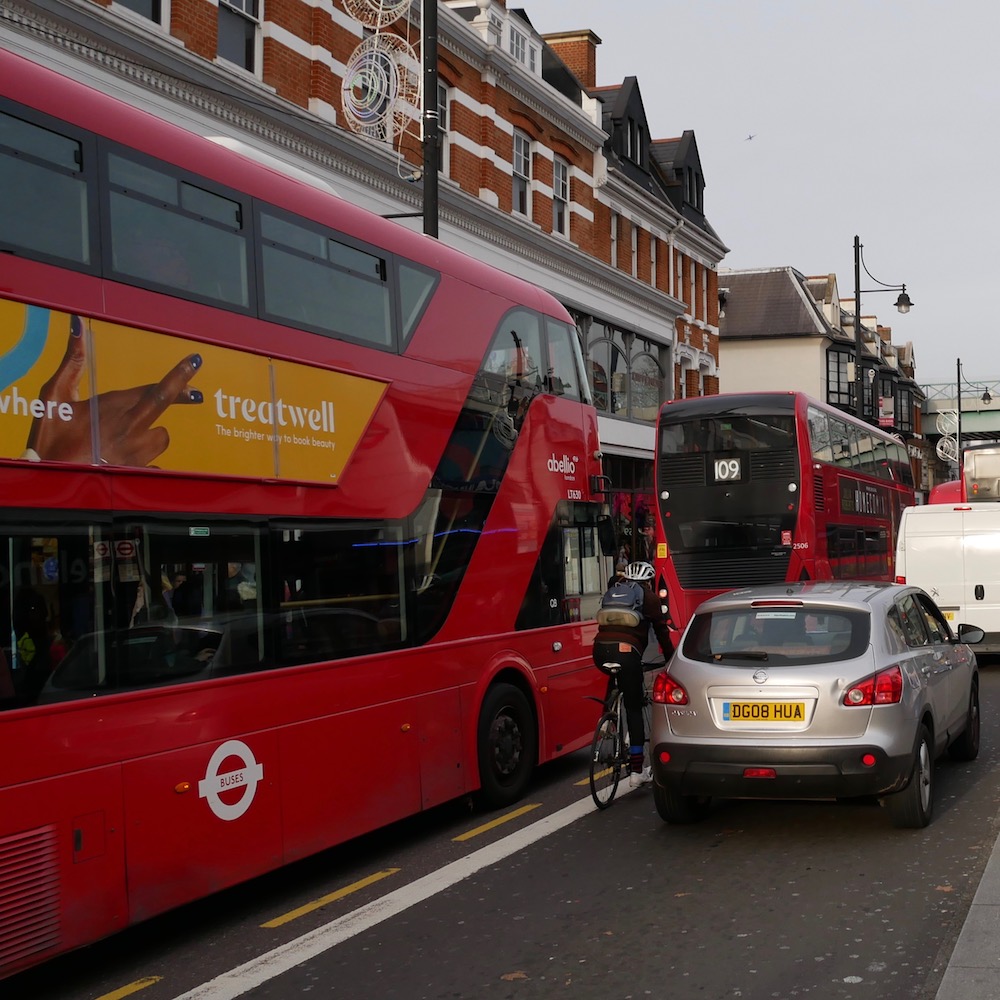 Brixton Road again had the highest levels in London last year of the deadly pollutant NO2 – nitrogen dioxide – according to the Clean Cities campaign.

The campaign’s analysis of the most recent data found that 15 of the city’s 73 pollution monitors had recorded levels above legal limits. None of the levels recorded by the monitors met World Health Organization guidelines.

The highest levels of NO2 were recorded at Brixton Road and Putney High Street, Wandsworth, followed by Cromwell Road, Kingston Upon Thames.

Illegal levels of NO2 were also found in Ealing, Camden, the City of London, Brent, Kensington and Chelsea, Hammersmith & Fulham, Sutton, Waltham Forest and the City of Westminster.

Oliver Lord, head of the UK’s Clean Cities campaign said: “If this isn’t a wake-up call, I don’t know what is. These limits were intended to be met 12 years ago, and when they do eventually they will still be four times the World Health Organization guidelines.

“We need more assurance that London is on track to phase out toxic diesel fumes.”

Lord said London’s ultra-low-emission zone (ULEZ), which includes central Brixton, should be expanded without delay and the Mayor of London’s plans for a zero-emission zone in central London should be accelerated. “There is no time to lose,” he said.

The UK has a legal annual limit value for NO2 of 40 µg/m3. The World Health Organization guidelines for NO2 levels have recently been revised to 10 µg/m3, taking into account the most recent health data.