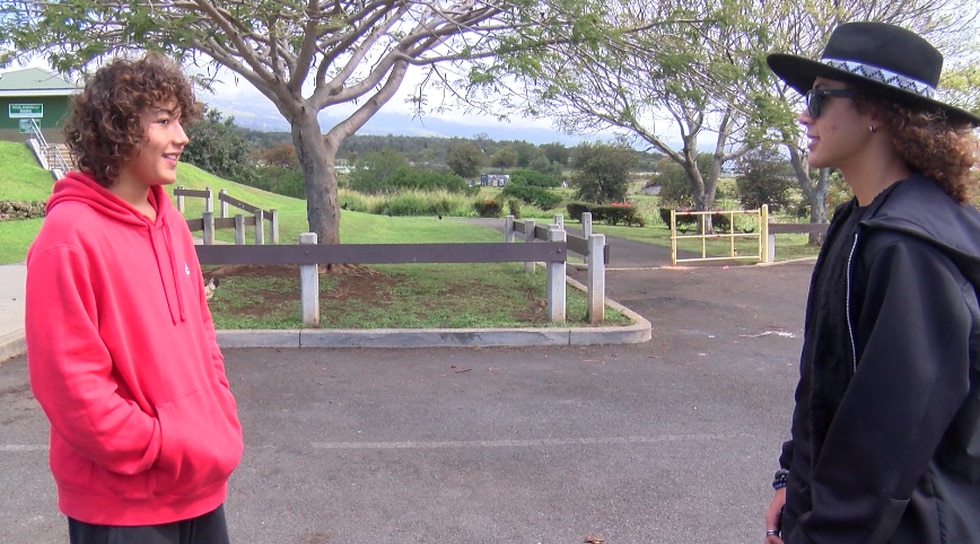 PUKALANI (HawaiiNewsNow) – A Maui dad wants to raise awareness about bullying in his community.

His son was robbed in Pukalani last week and now the teenager is being harassed for the crime.

“Once the gun was drawn, it was a lot of anger, but of course also a lot of fear,” said Darrius Clark.

Darrius (15) and his older brother Brandon (17) were having lunch after school at Kula Malu Park in Pukalani last Wednesday when four teenagers approached them.

One of them pointed a gun at Darrius and told him to open his bag.

“I was panicking,” Brandon said.

It happened to be the bag that Darrius keeps his asthma pump and EpiPen in. He takes it everywhere with him in case he needs it to save his life.

“The whole situation was messed up. But when they steal things he needs to survive, it’s even more confused with a completely different move – in a different direction that shouldn’t be. That’s like stealing someone’s insulin or a life support system,” Brandon said.

Brandon recorded a video of the suspects jumping into a vehicle and fleeing. He called 911, gave the license plate number and helped police locate the suspects.

The Maui police later also found the firearm. It turned out to be a BB pistol that looked like a real gun.

Despite the arrests, Darrius is now dealing with the aftermath. He says he is now being harassed by the suspects and their friends at school.

“It’s getting more aggressive every day. Like in the hallways, some of their friends check on me a little bit,’ Darrius said.

“He was followed home from school,” said Johnnie, Darrius and Brandon’s father. “And at school he is pointed out and a lot of attention is paid to him.”

The Clarks want the community to know and help them take a stand against bullying.

“As a community, I hope people stand up for what’s right,” Johnnie said.