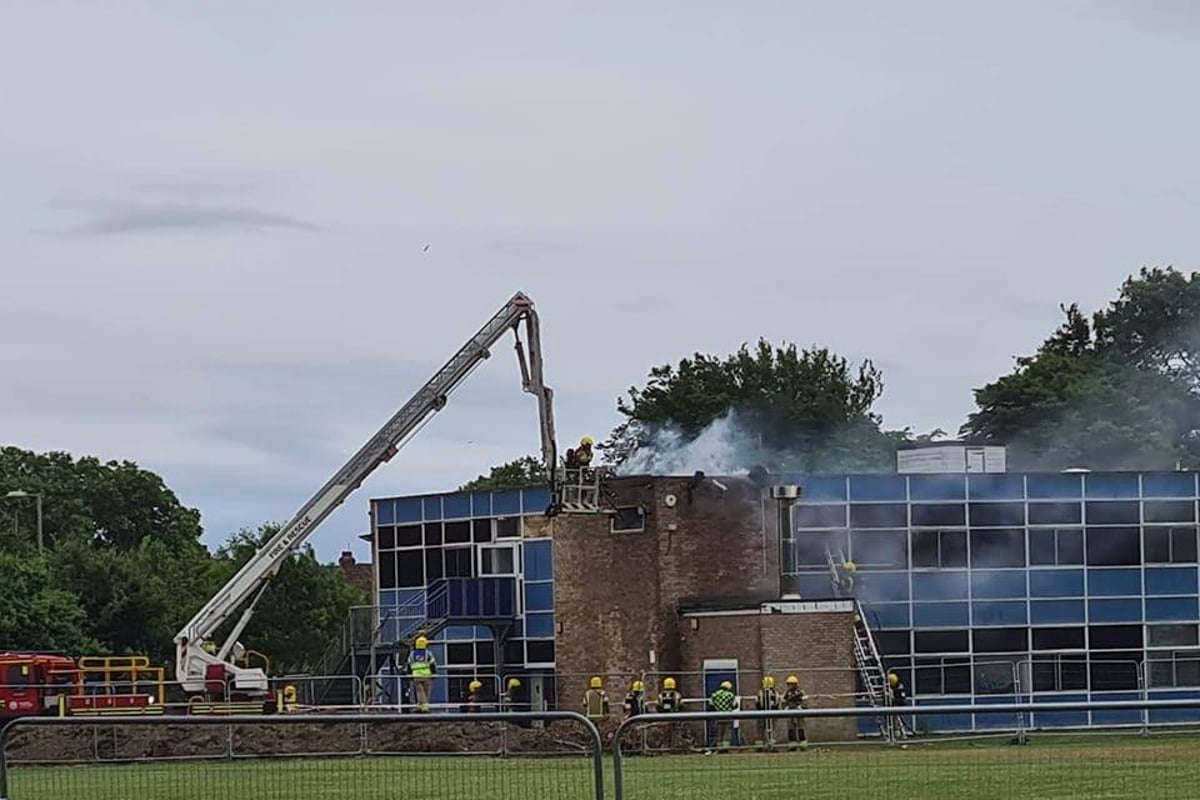 The Brune Park Community School, on Military Road, was badly damaged by the fire, which ignited shortly before 5:53 pm.

More than 40 firefighters from across the province were mobilized to tackle the fire that gripped a recently closed building in Brune Park.

Former politician arrested after attempting to board Royal Navy warship…

In all, emergency services used 17 sets of breathing apparatus and two main jets to eventually extinguish the flames, which are said to have ignited a flat roof on the first floor.

A spokeswoman for the Hampshire and Isle of Wight Fire and Rescue Service said about 10 percent of the building had been destroyed.

Officers were able to extinguish the fire around 9:25 p.m.

Ella-Mai Mcintosh-Sayles, 12, captured this photo of the Brune Park fire.

Dozens of people outside the school boundaries watched as the flames were extinguished.

Speak with The news with her mother’s permission, the 12-year-old said, “I just couldn’t believe it, it was actually pretty crazy to see my own school on fire. The entire building was surrounded by firefighters.

“There were seven fire trucks and four police cars. We saw that the building was on fire and we saw flames coming from the roof, the walls and the windows.

“I could see firefighters climbing in and out of a broken window and making sure no one was in the building.”

Hampshire Police have been informed. The cause of the fire is not yet known.

Firefighters made a further inspection of the building at 7am, with a fire and rescue spokeswoman saying no further action will be taken.

The school will reopen on Monday, and a spokesperson for Gosport and Fareham Multi Academy Trust said it was due to the quick response of the firefighters.

He said: ‘We would like to say a huge thank you to the emergency services who responded to the fire at the Brune Park Community School.

“Thanks to their prompt action, the fire was quickly brought under control, preventing a more serious situation and further damage to the building.”