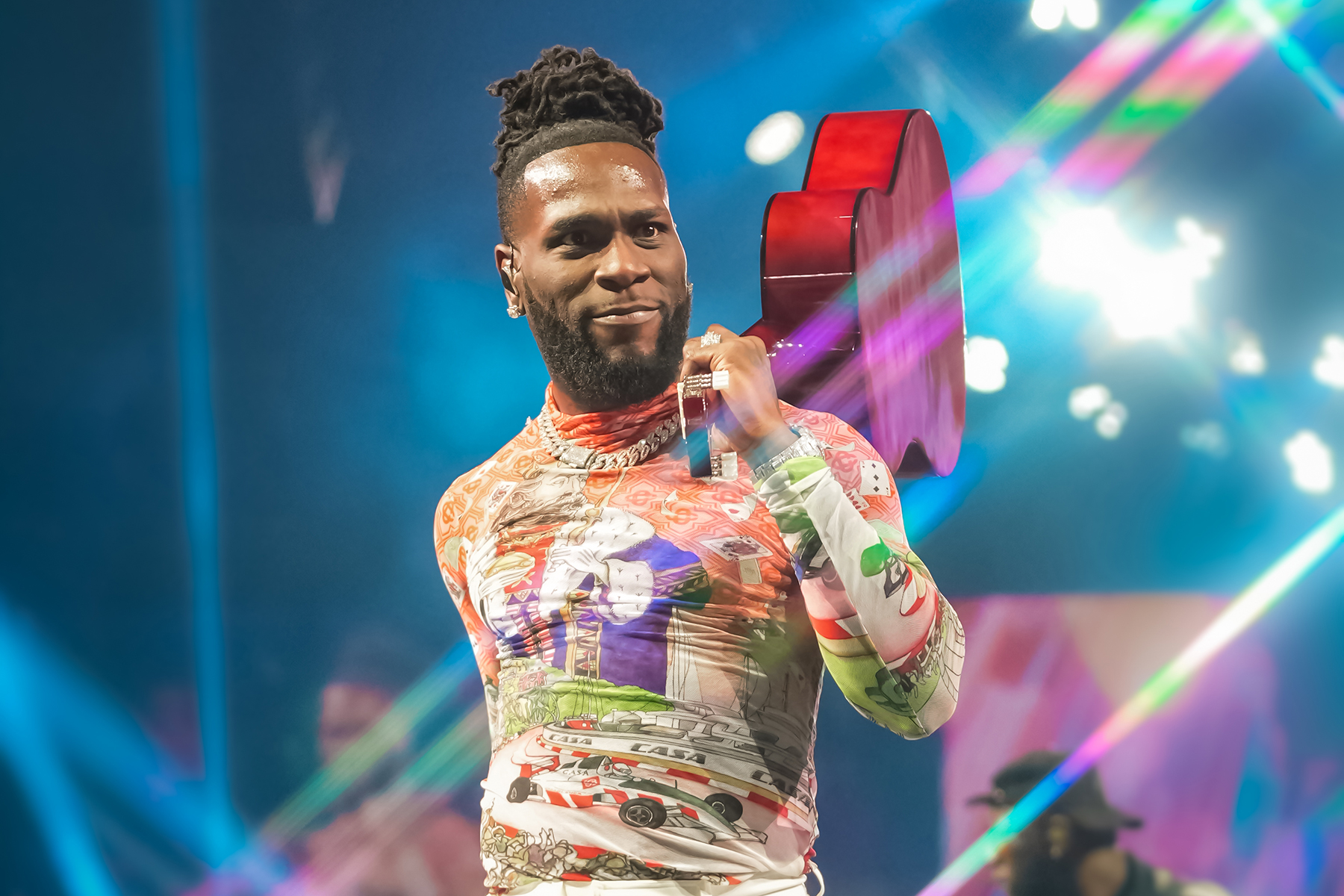 Burna Boy earned his metaphorical flowers — and his very literal bras — as he ripped through a majestic two-hour set at New York’s Madison Square Garden, the first Nigerian headliner to do so at the famed venue. A fire truck’s first red bra was pushed onstage at the beloved Afro-fusionist early in his set when he performed “Rock Your Body” from his breakthrough album, 2018’s Outside† By the end of the night, no fewer than six more had been hurled at him—at one point he hung several around his waist like a tool belt. “Burna is so cool dude!” shouted a male fan as Burna plunged his long runway, fenced by sharp strobes, down to “Gbona” ​​from his groundbreaking title, African giant†

The audience’s only moment of relative silence came as they intently took in a new song that sampled Toni Braxton’s “He Wasn’t Man Enough for Me.” Burna performed the unreleased track after revealing his next album would be called Love, Damina and fall on his 31st birthday, July 2. Furthermore, the crowd in the Garden was in constant motion, their rows of bodies like waves in a dark ocean of predominantly black Diasporans. Burna Boy’s frequent use of a cappella or minimalist arrangements meant that the enthusiastic attendees could often be heard clearly, their voices as sweet as Burna’s smile. While set-closer “Ye” provoked an unmistakable response from the entire Garden, a careful look at the stands showed just how different everyone’s favorite songs from Burna’s deep discography could be.

In the pits, three young men grumbled to his remix of Ghanaian rapper Black Sherif’s “Second Sermon,” gently crumpling their bodies without disturbing those around them. Deeper in the seats, a young woman in a pink bandage-wrapped top had a spiritual response to “Way Too Big,” from Burna’s most recent album, the pandemic-produced Twice as long† Over a railing, a young man dressed more for a day at the office than for the most exciting concert in town ‘Bank on It’ knocked from the top of his lungs into his girlfriend’s phone, her flashlight illuminating beads of sweat on his face . Burna’s mother and manager Bose Ogulu, affectionately known as “Mama Burna,” watched stoically from the stage until she broke away from the party starter “Killin Dem.”

The show reimagined Burna’s long catalogue, elevating already excellent songs. A copper section broke off African giant standout “On the Low”. Violins raised the stakes of ‘Location’. A saxophonist competed with Burna’s passionate vocal runs as they wrapped “Onyeka”. On ‘Ja Ara E’, a team of traditional African drummers surrounded his trusted backing singer of five years, Christina Matovu, and danced in unison from left to right as they performed. Burna Boy’s live arrangements brought the funk and drama.

Dubbed “One Night in Space,” Burna found as urgent as ever, featuring a barrage of songs while stopping only to drink water or address his fans a few times. “Feel free to throw some more,” he encouraged after the bra’s first toss, before listing the New York locations he’d played earlier in his career while working on the Garden. After performing Soke just over halfway through the night, he was quick to admit that the performance was “an emotional shit for [him]’, before setting MSG on fire with some of its most vibrant hits, tracks like ‘Jerusalema’, ‘Anybody’ and ‘Kilometer’.

Burna soloed several collaborative songs – the remix of “Second Sermon”, the late Pop Smoke’s “Enjoy Yourself”, his latest record with Wizkid “Ballon D’or”, and his remix of Nigerian rapper Asake’s “Sungbe” (an early contender for Afropop number of the summer). In fact, apart from a brief spoken introduction by Busta Rhymes, there was only one musical guest, one of his heroes, the Senegalese legend Youssou N’Dour, who kicked off the show with his song “New Africa”, cleverly featured on the screen. was translated. “Calling all Africans”, read the expansive images. “Let’s come together and let nothing separate us.” His message was hopeful, but gloomy: “When I think about how our grandparents suffered, I cry,” one text read.

Some of three of Burna’s most political songs gave the evening even more seriousness: “Collatoral Damage” spoke the truth about greedy power; “Another Story” began with a visual lesson about the ravages of colonialism; and most excitingly, Burna played an unreleased song, often called “Off Your Mic” online. In it, he passionately sang about a snake in human form swallowing money in criticism of Nigerian politics – “Off your mic,” one of the lyrics, is likely a reference to an incident in the summer of 2020 when a Nigerian government official accused members of the National Assembly from corruptly pocketing profitable government development contracts for itself.

Still Burna Boy – whose team kept him from asking political questions during the interview for his rolling stone UK cover story – is more rockstar than expert. He smashed an acoustic guitar, sprinted across its expansive runway, danced with springy knees and fast feet, and kept absolutely pristine vocals throughout the performance. The energy, the joy and the feeling of being seen was palpable in the Garden. “We made history tonight,” said the evening’s host, a young African man from the Bronx, after Burna left under a storm of sparks from the ceiling. “We started with everything,” he said of Africans. ‘We’re going to finish everything. Congratulations to the culture.”