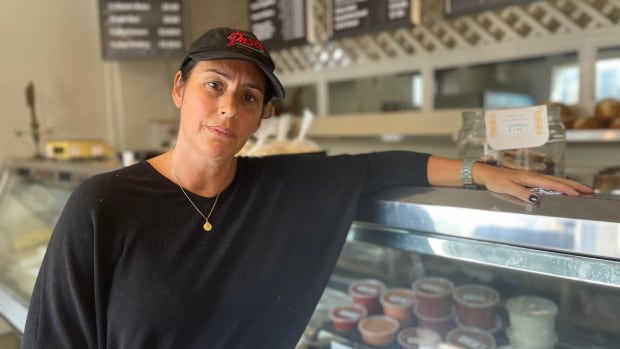 A London, Ontario business owner says she lost nearly $20,000 to a company owned by the man at the helm of a group accused of squatting a church in Ottawa.

Jodie Marshall hired William Komer’s Campus Creative in November 2021 to develop a website to manage school catering orders for her pasta shop. Months later, she said she is still waiting for the website and her calls go unanswered.

“They were supposed to release my website to me in August,” Marshall said. “The programmer kept telling William to just put it on the secure server. But I never got my website.”

Marshall is one of the residents of southwestern Ontario who claims they have been denied services and money from Komer.

CBC News contacted Komer, who responded to the allegations Thursday, saying Marshall still owes him more money for the website, on top of the $20,000 she has already paid.

Once known for his entrepreneurship, the owner of five companies in the London area has recently gained attention for his role as director of The United People of Canada (TUPC).

The group is said to have ties to the Freedom Convoy, which held pandemic mandate protests in Ottawa and other cities this year. The group moved to a historic church in Ottawa’s Lowertown neighborhood last summer, and despite the landlord canceling the lease due to unpaid rent and a lack of insurance, the group is refusing to go.

TUPC claims the group paid and has filed numerous affidavits about aggressive behavior from neighbors. A judge will rule on the eviction on September 27.

The organization has put up red banners on the church with a white tree insignia and has set up its own private security forces around the site.

Stephanie Steele of Ingersoll Ont., said she had booked wedding photos through Komer’s Under the Umbrella company, but on the big day in June said she was afraid they wouldn’t show up. It then took more than a month to see the promised photos of the $1,300 package, which she said were of poor quality, she said.

“There are weird groups where my husband is in the back row, and my dad’s face is completely covered and everyone is looking in different directions, and it was just very unprofessional,” Steele said.

When she couldn’t get a hold of an Under the Umbrella representative, she called the photographer, who said she had to pay for better photos. She made several attempts to reconcile the situation with the company itself, but there was no further response.

Under the Umbrella website, the company is located at the same address as Campus Creative, at 533 Clarence St., in a building owned by St. Peter’s Basilica, which houses multiple organizations.

When CBC News went to visit the site, another tenant said no one had been in the Campus Creative office for at least three weeks.

Matthew Clarke, director of communications for the Diocese of London, said Campus Creative is still leasing the space and the company remains active to the best of his knowledge.

Komer also told CBC News that he was not aware of customer complaints regarding undelivered wedding photography services.

He said some of his employees have resigned due to harassment related to his work for TUPC, which is why customers have not received any response to refund requests. He said he plans to hire more staff and continue his businesses in London while he remains in Ottawa.