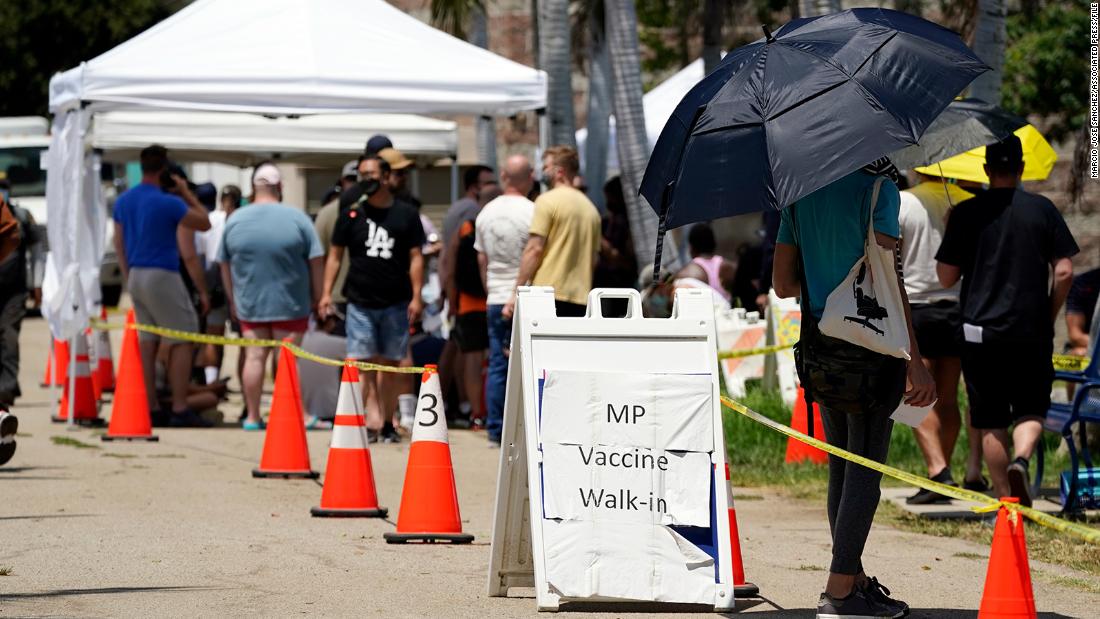 California is the third and largest state to issue a statewide statement regarding the disease. New York was the first to do so.

The move from California enables emergency medical personnel across the state to administer FDA-approved monkeypox vaccines, expanding the pool of people who can vaccinate residents against the virus, even as a vaccine shortage persists.

“California is urgently working at all levels of government to slow the spread of monkeypox, leveraging our robust testing, contact tracing and community partnerships strengthened during the pandemic to ensure those most at risk are our focus for vaccines, treatment and outreach. Gov Gavin Newsom said in a press release.

The Illinois statement will also provide more resources to fight the virus, Governor JB Pritzker said. Chicago and state health departments announced the first suspected case from Illinois on June 2.
“I declare a state of emergency to expand the resources and coordination efforts of government agencies in responding to, treating and preventing the spread of MPV,” Pritzker tweeted. “In Illinois, we will ensure our LGBTQ+ community has the resources they need to stay safe, while ensuring members are not stigmatized for accessing critical health care.”
Monkeypox is a smallpox virus, related to smallpox, that commonly causes pimple- or blister-like lesions, as well as flu-like symptoms such as fever, headache, muscle aches, chills and respiratory symptoms, according to the CDC.
The virus can spread to anyone through close, often skin-to-skin contact, according to the CDC. It is also possible for humans to get monkey pox from infected animals.

California has so far received more than 61,000 vaccine doses and distributed more than 25,000, according to the governor’s press release. Los Angeles County has received its own vaccine allocation, and state officials said California will make additional allocations in the coming weeks.

Last week, San Francisco became the first major city in the US to declare a local monkey pox health emergency.

“We will continue to work with the federal government to get more vaccines, raise awareness about risk reduction and assist the LGBTQ community in the fight against stigma,” the California governor said.

The CDC has made the prescription antiviral drug tecovirimat available to patients with monkeypox who are at risk for serious illness, but access is limited in California. Now the treatment can be administered at more than 30 facilities and providers across the state, officials said.

California has also expanded its monkeypox testing capacity and can process more than 1,000 tests per week, according to Newsom.

The state’s first case of monkeypox was reported on May 21 and involved someone who had traveled abroad. Now there are probable or confirmed cases of monkeypox in 27 different local health jurisdictions, including one case involving a toddler.

In mid-July, the California Department of Health requested 600,000 to 800,000 additional monkeypox vaccine doses to increase suitability for both confirmed and probable exposures, as well as for high-risk individuals.

The health department “hopes that the federal government will provide additional vaccine to meet the state’s request,” it said in a news release Friday.

Last week, the US Department of Health and Human Services had delivered more than 336,000 doses of Jynneos — an FDA-approved vaccine against smallpox and monkeypox — from its strategic national stockpile.

Health authorities across the country have focused on educational efforts to educate Americans about how monkeypox spreads.

Monkeypox can spread through “respiratory secretions” and by touching objects contaminated with monkeypox lesions or fluids, according to the CDC. Many of the cases from the latest outbreak appear to be related to sexual contact, but monkeypox is not a sexually transmitted disease.

A large number of cases in this outbreak were in men who have sex with men, including gay and bisexual men, and public health officials are focusing their prevention efforts on this group. The virus is not unique to this community, but the nature of its spread through close contact has resulted in a disproportionate impact.

“Our team is also committed to reducing stigma among the LGBTQ community, which has been singled out and treated unfairly because of this outbreak. No single person or community is responsible for the spread of a virus. Monkeypox can affect anyone as it spreads. spreads through skin-to-skin contact, as well as sharing items such as clothing, bedding and towels,” said California public health official Dr. Tomás Aragon in a statement from Friday.

Following the California emergency declaration, Equality California, a major nonprofit for LGBT rights, applauded the governor’s move, noting in a statement that the virus is “gay, bisexual and gay men here in California and across the country.” still disproportionately affected.”

Earlier Monday, state senator Scott Wiener, who represents San Francisco, and members of the LGBTQ caucus on Newsom called for $38.5 million in an emergency budget to support the local response to monkeypox.

Andi Babineau and Cheri Mossburg of CNN contributed to this report.