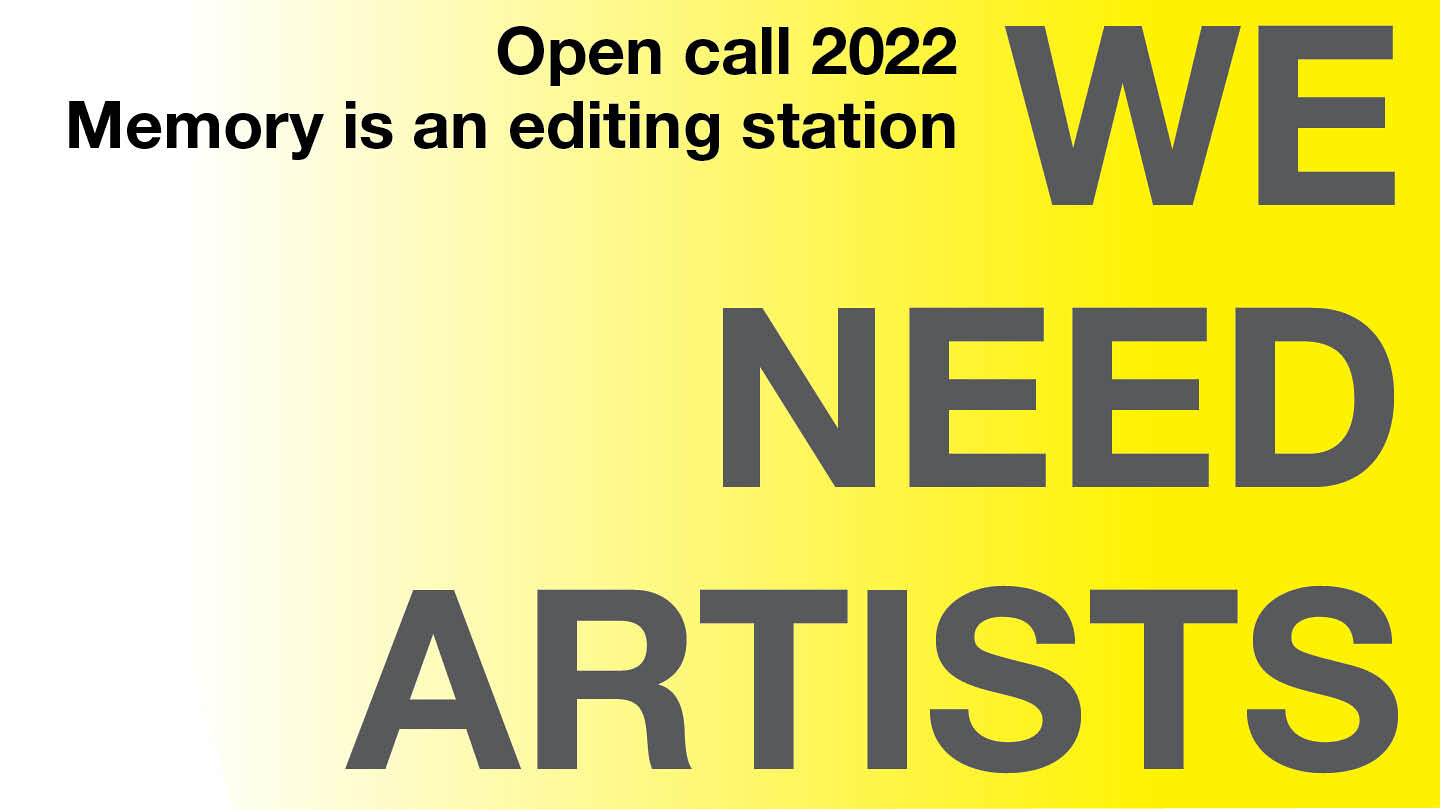 From August 1 to September 2, 2022, the 22nd Biennale Sesc_Videobrasil will hold an open call for artists. This edition will take place in October 2023, in São Paulo, after a two-year delay due to the COVID-19 pandemic. The Biennale will receive submissions of works in any format and in any language, from artists and/or collectives born and/or established in countries of the South, of the Community of Portuguese Speaking Countries (CPLP), or residing there for at least five years, as well as native artists of any nationality.

About the 22nd Biennale Sesc_Videobrasil
With its signature dynamism, the event will reach its 22nd edition in 2023 with the title “Memory is an editing station” – a phrase taken from Waly Salomão’s (1943-2003) poem “Open Letter to John Ashbery”. Curated by Raphael Fonseca from Brazil and Renée Akitelek Mboya from Kenya, the Biennale also marks the 40th anniversary of Videobrasil, initially an event dedicated to video but which has expanded over the decades to the most diverse artistic media. At this celebration, “it is therefore necessary not only to reflect on time and the many conceptions of memory, but also to reconsider the importance of video in these four decades,” the curators write. It is also worth noting that in this day and age the editing capabilities have been transformed and become more flexible and within reach in many technological devices for everyday use.

Far beyond these specific ‘editing stations’, the 22nd Biennale seeks to select works related to collective memories, the dynamics of memory and forgetfulness that build historical and social narratives, related to peoples, nations and geographic regions. “What are the ethical limits of a cut?” Who has the power to do that? How to forge the memory of what we did not see or feel in our body? What are the limits of memory?”, the curators wonder.

Founder and artistic director of Videobrasil, which held its first festival in 1983, Solange Farkas draws attention to the context in which the open call for artists is held, after more than two years of a pandemic that has killed millions worldwide. The idea of ​​survival therefore emerges as an essential desire, as does the need to look at such a recent and already traumatic past. “Surviving adversity is necessary, and the Biennale nurtures the expression of different voices, ways of negotiating the historical past and forms of reflection on image creation today.”

awards
The selected participants will participate in the exhibition at Sesc 24 de Maio (São Paulo, Brazil) and compete for the following prizes, awarded by the 22nd Biennale:

State of the Art Award: Awarded to the work considered by the jury to be the most thought-provoking, powerful and meaningful work of the Biennale.

Sesc Contemporary Art Award: awarded to outstanding works in the 22nd Biennale, produced by Brazilian artists and/or collectives that will be included in the Sesc Brazilian Art Collection.

OFF Award: offered by the Ostrovsky Family Fund, is donated to a participating artist, or any nationalitywhich presents an original examination of the moving image.

artistic residency Prizes will also be awarded, which will provide for periods of residence at partner institutions. Prices include airfare, accommodation and per diem allowances during residencies, which last eight weeks.

Cultural Association Videobrasil
Founded by Solange Farkas in 1991, Associação Cultural Videobrasil is the result of a desire to institutionally host the growing collection of works and publications collected since the first Videobrasil Festival in 1983. Since then, the association has worked systematically to activate its collection, which brings together pieces from the South, classics of video art and in-house works, and an extensive collection of publications on art. In addition to the Sesc_Videobrasil Biennale, the Association also carries out important research, dissemination and mapping activities related to its collection: national and international exhibitions; touring shows; publications; Television programs; documentaries; seminars; workshops and meetings with artists and researchers; and artistic residency programs, associated with a global collaborative network.

Sesc—Social Service for Trade
Sesc—Social Service of Commerce is a private, not-for-profit institution founded in 1946 by commerce and service entrepreneurs across Brazil. In the state of São Paulo, Sesc has more than 40 centers in the fields of culture, education, sports, leisure and health. Sesc São Paulo receives about 20 million visits annually. The work of Sesc São Paulo is guided by its educational role and by the pursuit of social welfare based on a broad notion of culture. In this sense, the unrestricted access to the spaces and content provided by the institution aims at the democratization of cultural assets as a form of individual autonomy. In the field of visual arts, the institution’s main role is to promote and disseminate contemporary artistic production and the study of the production of earlier historical periods, as well as the intersections with other artistic languages, with as a central guideline the organization of exhibitions for all target groups.

Read the curatorial approach of the 22nd Biennial Sesc_Videobrasil.